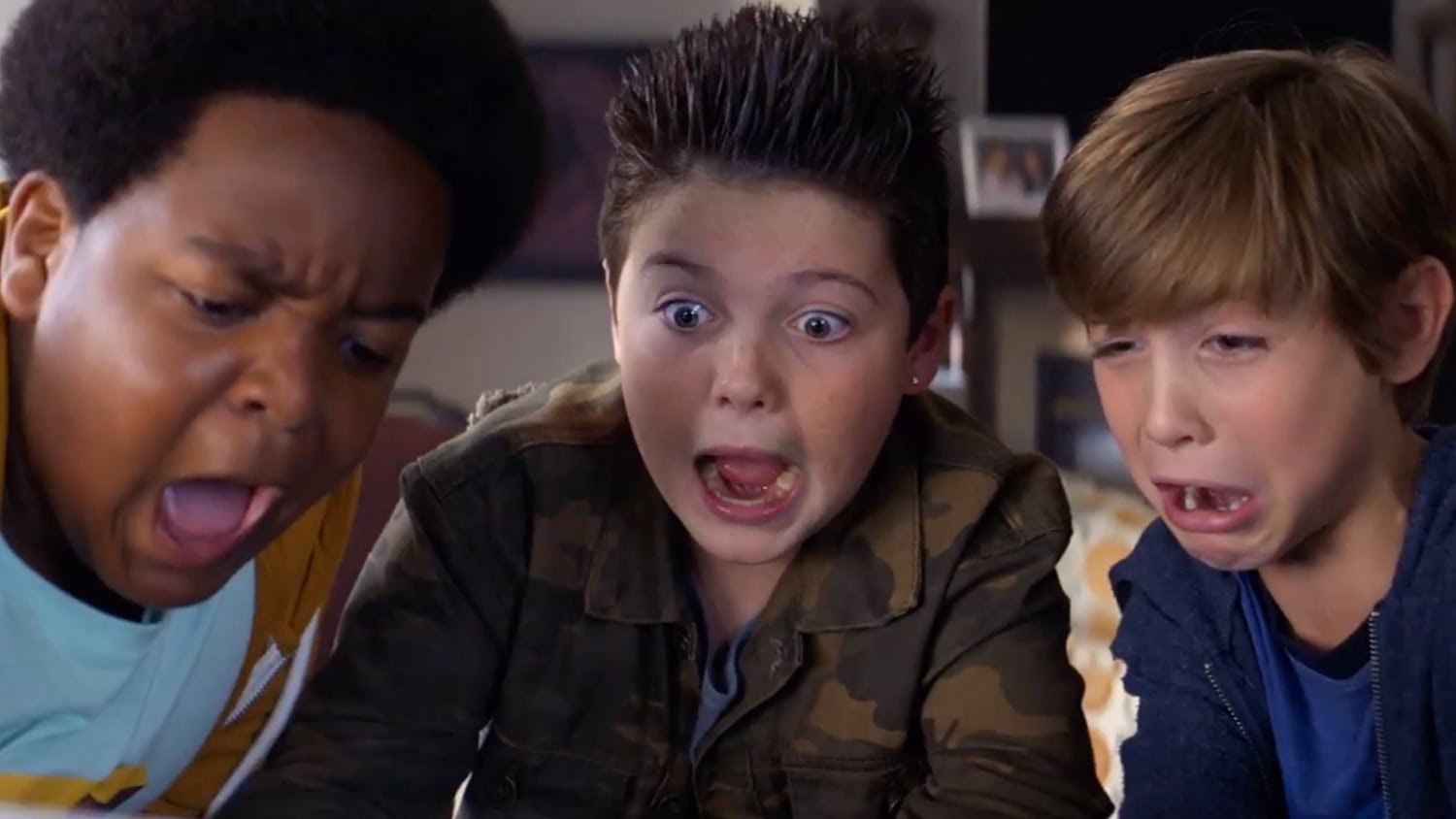 As an adult, I am still very naive about many things. Things that I’m sure people learned at a much younger age. What you experience and process growing up is based on not just how you are raised but what you gravitate to. I gravitated to science fiction movies and 1930’s comedies. In the ’80s and ’90s, that doesn’t often yield you a high friend quota. You somehow try to adapt, but old habits don’t die easy and are even occasionally worth fighting for. When you least expect it, you are introduced to cool kids who like you in spite of, and maybe even because of, your awkward personality. You find yourself attracted to girls for the first time before it becomes a sexual conquest. You develop a new language that only your friends communicate because for once you are independent of your parental figures. At least as independent as any middle school kid can be. I could never forget those formative years if I tried. So it’s strangely comforting that Hollywood finally found a way to make a modern-day raunchy, Judd Apatow-style comedy of our most curiously freeing age.

In Good Boys, directed by Gene Stupnitsky, Max(Jacob Tremblay) is a young kid just starting the sixth grade. His best friends Lucas (Keith L. Williams) and Thor (Brady Noon) is always by his side. They share every embarrassing and triumphant moment together. Max has a huge crush on a girl named Brixlee (Millie Davis), but can’t begin to figure out how to speak to her. Until he is invited to a party where kissing will be mandatory. It seems like a no-brainer, but Max and his friends have no idea how to kiss. This one small detail sends their lives into a panic as they navigate the perils of the world between tween life and adult life.

Lucas is an honest boy who only wants to do right by his parents and play magical card games in his downtime. Thor, with his spiky hair and unchecked bravado, is more of a risk-taker. He makes desperate attempts to seem cool and tries to overcompensate with a tough-guy attitude. His bark is as sad as his bite though. Max falls somewhere in between. There’s that word again. Tween. Not knowing where you land mentally, socially, or emotionally, but trying to do it all without falling on your face. Which culminates into an insane confrontation when a situation that threatens Max’s entire future, as they see it, causes these three kids to decide to skip school one day. They are soon met with a series of moral dilemmas that can only be described as cringe-inducing and amusing.

I make a point to avoid trailers for comedies and horror films. They tend to hit you with the hardest laughs and biggest scares, leaving you with nothing to be surprised and excited by. Not so with Good Boys. I saw the trailers and, yes, many scenes, including the last line of the movie, are in them. They are some of the funniest scenes in the film, but not all of them. There were scenes I recognized from the trailer as I watched the film that I was prepared to get a nice chuckle out of. Then the movie shows you how that scene really unfolds. The additional dialogue and unexpected sight gags just make it all feel new again. I would still recommend avoiding a trailer if you can. Just take everyone’s word for it that it’s unrelentingly funny.

The three boys are the main focus of the film and, by all accounts, each one gets their time to shine. Jacob Tremblay plays Max perfectly. A boy who knows what he’s doing is wrong but still decides to make several bad decisions in the hopes it fixes the problem. All in the name of a girl. Brady Noon’s Thor is insecure and anxiously wants to be popular. So much so that he will do anything to make it into the exclusive kissing party. The charm is derived entirely by his vulnerability. No amount of sass or profanity can hide that. Keith L. Williams is my pick as the standout. His portrayal of Lucas is brilliant. His character and personality is a wonderful contrast to Max and Thor’s ambitious betrayal of rules and authority. You can always see on his face that internal struggle to disobey the law. It provides some terrific moments of hilarity and even one or two teary-eyed moments as well.

Getting back to the humor. There is no shortage of laugh-out-loud scenes. I dare say you may even guffaw or roar with an unbridled passion not seen since the release of This Is The End. I make that comparison not just because of how funny it is, but because of how dirty it is too. It earns every inch of that R rating. It has loads of profanity and sexual innuendo. Although these kids are being serious most of the time, their antics are unintentionally funny due to their endless amount of incorrect knowledge of the human body and adult slang terms. It never gets old listening to them. Which is amazing considering how fast I thought the gimmick of middle school kids being this raunchy would get old. It doesn’t and I credit that to the performances and editing.

Good Boys is a great comedy. It aims for huge sight gags, one-liners, and socially awkward tragedies. It does this while also tackling serious subjects such as drug abuse, social anxiety, sexual awareness, pedophilia, misogyny, maturity, peer pressure, negotiation skills, developing healthy relationships, respecting other people’s bodies, saying goodbye to the past, and more. It puts all that responsibility on three kids and a mostly adult-free supporting cast. I call that a success.

Which isn’t to say Good Boys is for you. You have to be into Seth Rogen’s humor. He’s a producer. You also can’t be easily offended. I think having kids as the source of vulgar comments and disrespectful behavior works well because they don’t know better. In fact, they realize much sooner than an adult what a stupid idea looks like. How they proceed with that information is another story. Their issues may seem monumental by their own standards, but they pale in comparison to the problems they’ll face in adulthood. I enjoy a nice Noah Baumbach or Wes Anderson film once in a while, but it’s just as fun to let loose and take in a Jackass movie. I’m trying to prepare you for what’s in store without spoiling the best parts. Go see this movie with a bunch of friends. Or just yourself. Comedies this funny need to be seen on the big screen.

Synopsis: Three sixth grade boys ditch school and embark on an epic journey while carrying accidentally stolen drugs, being hunted by teenage girls, and trying to make their way home in time for a long-awaited party.