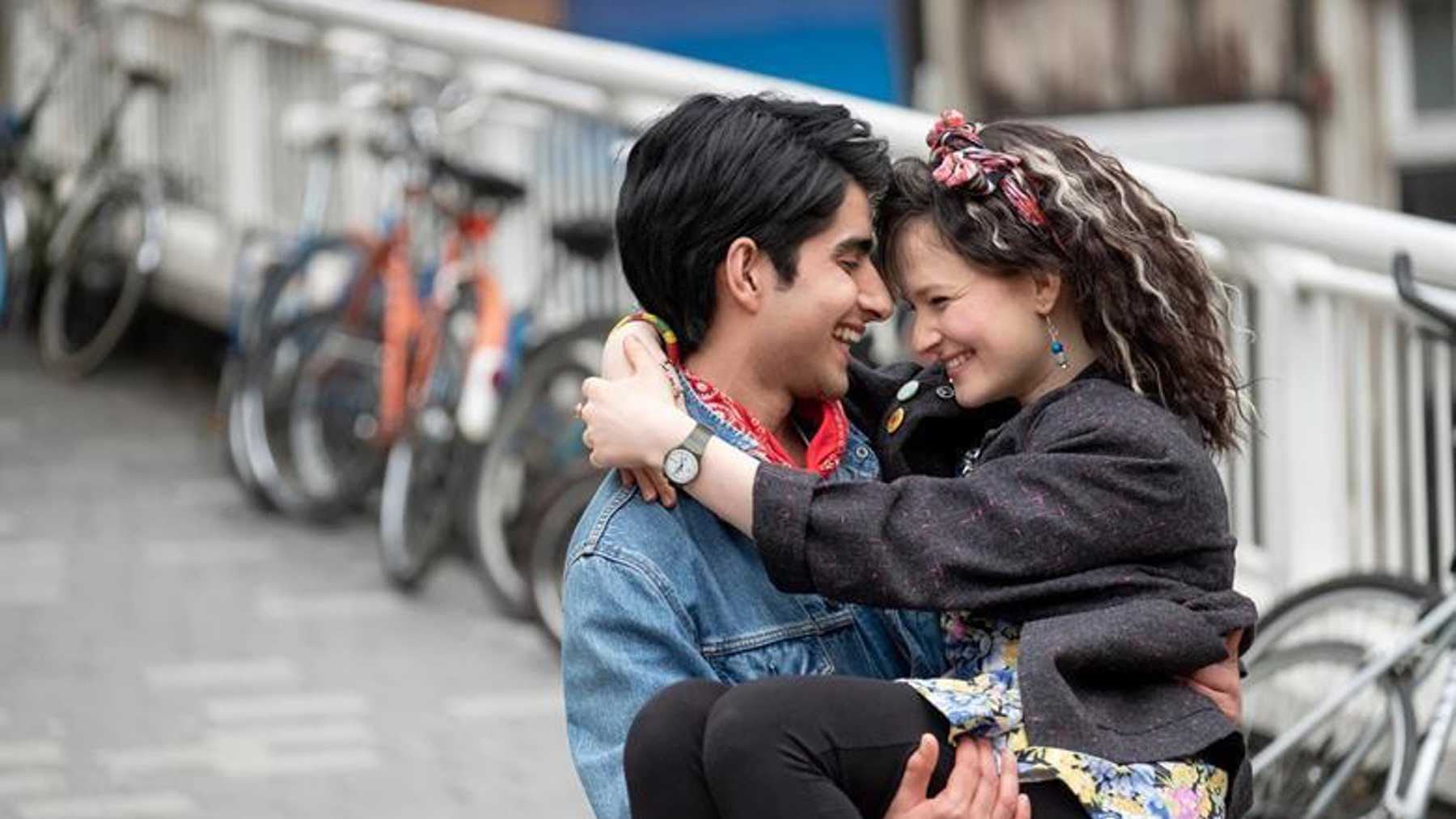 I can say with utmost confidence that I am not a Bruce Springsteen fan. Which isn’t to say I hate his music. Up until now the only songs I’ve ever heard were his biggest hits. The ones that transcended his core audience and rocked the world. Songs like Born In The U.S.A. and Dancing In The Dark come to mind. I also know he did the Streets of Philadelphia song for the Philadelphia movie soundtrack. My impression of him is very similar to my impression of Jon Bon Jovi, but with less hairspray. Both men were brought up in New Jersey and have a voice that speaks to the blue-collar crowd. It isn’t until you really listen to Springsteen’s lyrics that you begin to find the universal appeal of his message. Being stuck somewhere and struggling to escape. Aspiring to seek out a better life, but never losing sight of what and who is important to you. Which is why the true life of Javed Khan is such a perfect way to introduce audiences to Springsteen’s music.

In Blinded By The Light, directed by Gurinder Chadha, Javed (Viveik Kalra) is a high school student living in 1987 England. It is a time of great turmoil, with rising unemployment and growing xenophobia spreading across the country. He writes in his spare time and hopes to make a career out of it someday. He has a childhood friend named Matt (Dean-Charles Chapman), who is in a rock band, and an English teacher (Hayley Atwell) that will go to any length to see her students realize their full potential. His Pakistani parents are very traditional, especially his father. Javed is expected to focus on his schoolwork and ignore all the trappings of teenage life. The stress of family expectations becomes almost too much, but soon his world is further rattled when unforeseen setbacks threaten to erode what little hope of the future he has left. It seems as though his life is going nowhere, until a friend named Roops (Aaron Phagura) introduces him to The Boss, a.k.a. Bruce Springsteen.

Most of the music that Javed and his schoolmates listen to is pretty superficial. The usual pop songs that are played on the radio ad nauseam from morning until morning. None of it really penetrated Javed’s mind on any deep level other than increasing his anticipation for school to end so he could get back to filling his journal with personal observations. Springsteen was different. The lyrics personally touched him and he was going to make sure he learned everything there was to know about the man that changed his life forever. Along the way, he meets a wonderful girl in school named Eliza (Nell Williams). Her rebellious attitude and determination to fight for the wrongfully persecuted cause Javed to reassess the sheltered life he has been forced to cling to. It’s a whirlwind of a transition that sends him down an exciting and difficult path. He is inspired and ready to burn down the foundations of complacency so he can realize his true calling. The question is what remains when the dust settles.

My expectations going into this film were that I would at least enjoy myself. I know it isn’t a musical, but it’s the next best thing. A movie centered around music. After Sing Street, Bohemian Rhapsody, Rocketman, and Yesterday, I was already prepared to have a good time and I was not disappointed. First off, the songs are great. Maybe it’s seeing Javed’s energy on screen that perked up my interest. It might also be how the film brings you into Javed’s imagination by animating the lyrics around him and across the walls and scenery. I loved how well they showcased the songs that mirrored parts of Javed’s life and weaved them together like a mixtape of autobiographical melodies. Then later those same songs are reinterpreted to mean other things when the story evolves.

There are moments that almost feel like you are in a musical, but haven’t we all had those urges to burst out into song and even did so regardless of humiliation. Sometimes you can’t hold back. You need to throw caution to the wind and say to hell with societal norms. I felt that way several times watching this movie. Not just because of the music, but because the streets are swarming with racist bastards who won’t leave you alone and poverty loves company. Music is a great emotional outlet for that.

Blinded By the Light has a good balance of serious story elements mixed with humor that gives the film a lighthearted tone without sacrificing the genuine depth of the characters. You can laugh one moment, but be driven to tears the next. The family relationship is probably the strongest part of the film. As the tension between Javed and his father builds over time, you feel the strain begin to affect everyone else around him. While all this is going on, you find yourself smiling non-stop at Javed attempting to woo the opposite sex. His naive displays of affection and nerdy, spastic antics are cute. The character development among Javed’s family and friends is strong and engaging. I am impressed with how heavy a film can get and still not lose its charm.

The film could stand to be shortened. It feels like it needs to resolve itself sooner, yet doesn’t wear out its welcome. If you’re a Springsteen fan, I’m sure you will wait however long it takes for that next musical cue to come up. Also, some secondary characters could have been fleshed out more. They seemed two-dimensional and more time could have been used to properly convey them. I know I said the movie ran a little long, but that’s where I think time could have been spent strengthening other areas. Despite these minor flaws, the journey this film takes you on is a worthwhile endeavor.

Blinded By The Light is a really good experience. Viveik Kalra carries the emotional weight of this film, but he is supported by an outstanding cast. I recommend leaving your home and finding a nice big screen to envelop you with music, laughter, and tears. Sometimes it takes a couple of decades for you to realize music you thought you knew is pretty damn meaningful. Here’s to The Boss. May he continue to encourage others to find their voice. Or their pen.

About Blinded By The Light

Synopsis:   In 1987 during the austere days of Thatcher’s Britain, a teenager learns to live life, understand his family and find his own voice through the music of Bruce Springsteen.