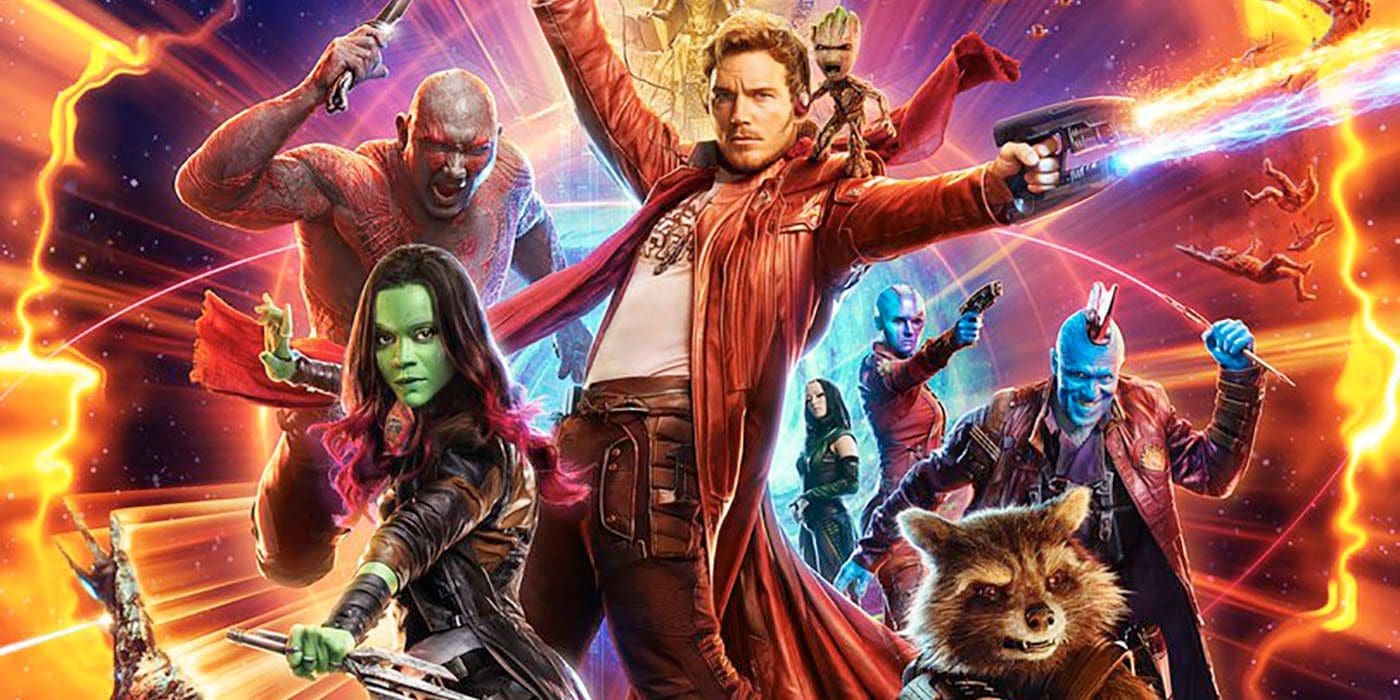 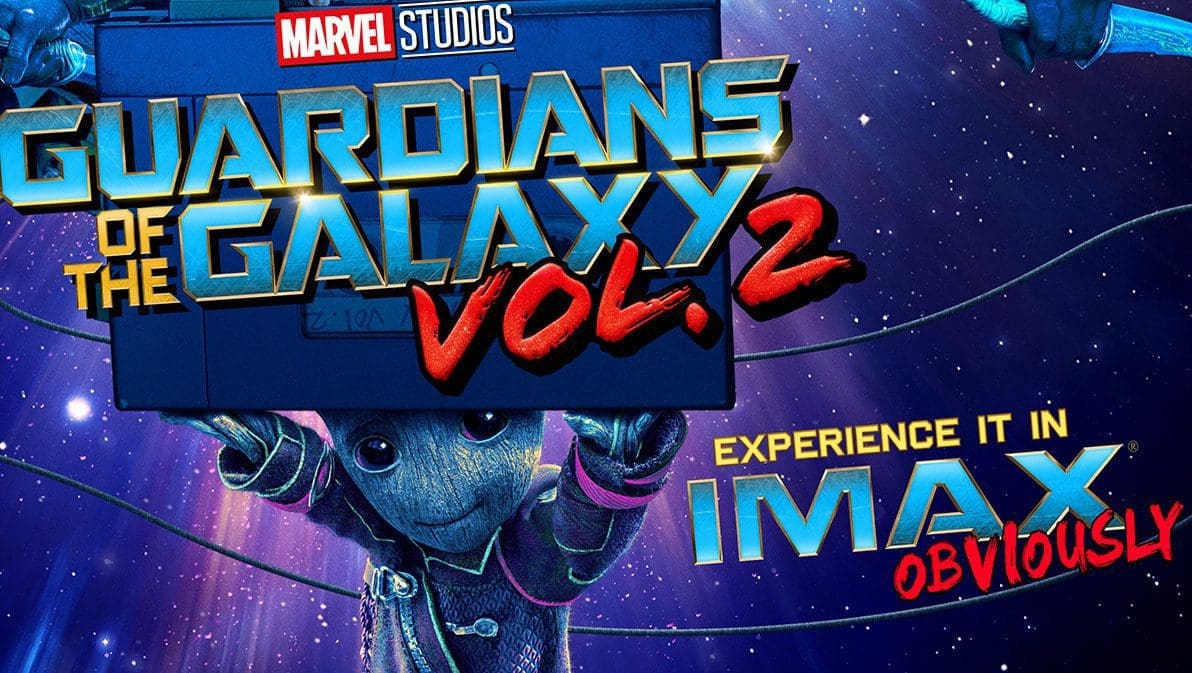 If Marvel Studios were to make one thing their grand achievement in filmmaking, it’s creating a cinematic universe that has, so far, gone unmatched in it’s cohesion, critical acclaim, and overall entertainment.  Warner Bros. is attempting to build off their Harry Potter brand with Fantastic Beasts; and Disney, which owns Marvel Studios, is continuing to expand upon the Star Wars franchise, albeit with more uneven results if you include the prequels.

While Marvel films haven’t been surefire masterpieces, they’ve been incredibly fun and inviting.  The characters are relatable no matter who they are or where they come from.  It was a fairly big gamble releasing the first Guardians of the Galaxy film in 2014.  Yet audiences have grown accustomed to enjoying Marvel films so much at this point,  they were willing to take that chance.   A talking tree and raccoon with awkward social skills in a group of galaxy crime-fighting misfits who are also socially awkward makes for a good start to any story.  The two biggest factors that made this film work, besides casting Chris Pratt in the lead, is the music and the humor.

The first film was a comedy but mixed with action, science fiction, and the right amount of drama.  I could talk about Groot or Rocket Raccoon, who are memorable in their own right, but the soundtrack is the part everybody brings up because it is an important part of the story.  Remove the soundtrack and the film still works, but it just isn’t as fun.  As I prepared to watch the sequel, all I was hoping for, initially, was for that second cassette tape to bring the groove.

In Guardians of the Galaxy Vol. 2, written and directed by James Gunn, the crew of the Alyssa Milano ship, captained by Peter Quill a.k.a. Star-Lord (Chris Pratt), have kept busy journeying throughout space and taking on odd jobs, while narrowly avoiding trouble.  When a small misunderstanding transpires between a race of intelligent beings and the Guardians crew, they are forced to seek refuge on a strange world, which leads to Star-Lord meeting his possible father.  An ancient celestial being named Ego (Kurt Russell), who has searched decades trying to find the son that Yondu kidnapped.  With the crew temporarily disbanded and Quill attempting to unravel the mysteries surrounding his father, enemies begin to gather and converge on their whereabouts.  It’s up to this team to work together in order to save the galaxy once more.

This really is a fun movie.  There is so much color on screen that you will need to watch something in black and white to cleanse your palate.  The action and humor meld together to give you this great adventure with old friends you haven’t seen in a while. The chemistry between all the characters is great.  Actually separating them into groups was a great way to give each character equal screen time.  I really enjoyed much of the time spent on a ravager ship.  Baby Groot has some of his best moments on it.  The scenes between Peter Quill and Ego, Gamora and her sister Nebula, and Drax and newcomer Mantis are also terrific.

My favorite characters in the first Guardians movie were Groot (Vin Diesel) and Rocket(Bradley Cooper), but this time I’d say my favorite is Yondu.  He seems to be the only character, aside from maybe Star-Lord and Gamora (Zoe Saldana), that feels like he did in the previous film; but his story evolves much more than any of the other characters, who are more or less playing the same old shtick they did before.  More on that later.  He also has a great moment with Rocket that gives the movie its center, which is weird considering he’s not the main focus.  Whereas the first film gave each of the crew a bit of nuance and growth, this movie sidelines certain people and only gives them a moment here and there.  Once those moments pass, you immediately miss that great emotional pull they exhibited when you first got to know them.

The soundtrack has been a thing of contention among Guardians lovers.  Some saying it isn’t as great as the previous movie, but I for one enjoyed it thoroughly and just as much as the first cassette tape.  Peter Quill’s mom has great taste in music without a doubt.  Where I think people may not enjoy the music as much as before is the way it’s placed in the scenes and which scenes they choose to introduce it. Occasionally it felt unnecessary and repetitive to have it accompany a slow-motion walk, but I gave it a pass because it’s part of the story and Star-Lord and the crew are playing music in the scene.  Also, they introduce a disco version of the original score in the end credits that is amazing.  Complete with a special guest star.

Where the movie starts to struggle is the humor.  It’s fine to give your character’s personality, but when everybody feels like they are trying to one-up each other on a sitcom it becomes distracting and uneven.  There needs to be a  cohesive balance between wild, productive characters and the straight, serious ones.  It’s the yin and yang of the composition that lets your narrative dance.  Not that I didn’t get a kick out of most of the humor.  I really enjoyed Drax’s dialogue.  Also, Rocket and Groot’s conversations are a necessary staple of this franchise.  It’s the ancillary characters where James Gunn should have pulled back a little, or a lot.

I knew going in that this film would be a more independent film from the overarching story permeating the Marvel films.  Which means the story had more room for creativity and didn’t require anything to tie back to what happens elsewhere in the universe, although small references are still made so you aren’t completely unaware.  One of the things I love about Guardians is how isolated they are cosmically.  Thor bounces back and forth between Asgard and Earth so much that their worlds always feel more connected than they are, but Guardians seem so far out there that it lets James Gunn’s imagination run wild.  Having that freedom can be a good thing and a bad thing.  Yes, you are unhinged from previous installments and events that transpired on Earth, but if you don’t have some restraint in your storytelling it can feel like a narrative mess.  The villain of the movie isn’t clearly defined early enough and that’s what made it difficult to build a momentum in the story.

Guardians of the Galaxy Vol. 2 is a great adventure and a worthy companion film to the first movie.  In fact, I found it more fun watching them back to back, but somehow I think you will enjoy the utter absurdity of the plot even if you’ve never seen the original.  Kurt Russell is always a pleasure on screen.  Chris Pratt is awesome as well.  Zoe Saldana, Dave Bautista, Vin Diesel, Bradley Cooper,  and Sean Gunn also make this movie shine.  Michael Rooker is the real standout though.  His character reminds me a lot of the one he played in The Walking Dead.  He knows how to add layers to his part and slowly peel them away so you can understand his motivations.  It’s not something you’d expect from a Marvel film, with the exception of the Captain America movies.

The humor in Guardians 2 is uneven and the focus of the film isn’t well constructed, but that’s not enough of a deterrent in my opinion.  I love these characters and I’ll always watch them as long as the movies don’t betray the core part of what makes them who they are.  I recommend seeing this on the biggest screen possible, 3D optional, and staying all the way until the credits are over and they push you out with a broom.  I guarantee you will get a smile out of it and tap your foot a little.  My favorite opening and ending credits of any MCU film are in this movie.  They encapsulate what Marvel films are all about.  Having fun watching comic book superheroes come alive and invade your world.  There’s only one thing left to say.  I am Groot.

About Guardians of the Galaxy Vol. 2

Synopsis: Set to the backdrop of Awesome Mixtape #2, the adventures of this team continue as they unravel the mystery of Peter Quill’s true parentage.