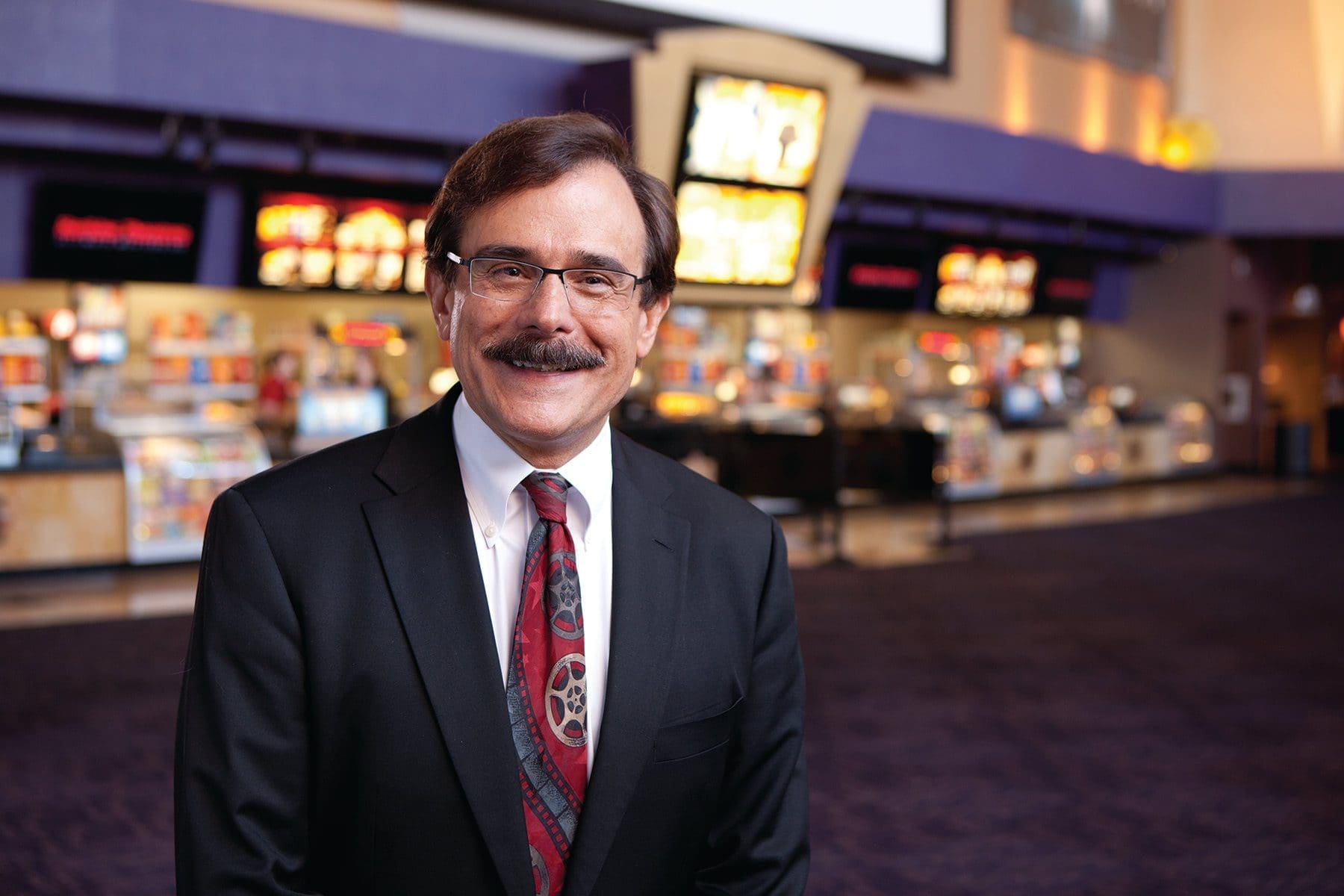 WASHINGTON D.C. – The National Association of Theatre Owners (NATO) will honor Dan Harkins, Owner and Chief Executive Officer of Harkins Theatres, when they present him with the 2014 NATO Marquee Award during this year’s CinemaCon, it was announced today by Mitch Neuhauser, Managing Director of CinemaCon. CinemaCon, the official convention of NATO, will be held March 24 – 27, 2014 at Caesars Palace in Las Vegas. Harkins is being singled out by NATO for his unequalled dedication, commitment and service to the motion picture theatre industry. He will receive his industry tribute as part of CinemaCon’s “State of the Industry: Past, Present and Future” presentation on Tuesday morning, March 25.

“As both a leader and innovator in the theater industry and his local community, Dan Harkins has blazed a passionate trail for others to follow. His enthusiasm and dedication to enhancing the movie-going experience for audiences across the Southwest is highly regarded throughout the motion picture theater industry”, noted Neuhauser. “Dan’s service to NATO and his fellow exhibitors is highly commendable and exemplary and we are thrilled to present this award to him at CinemaCon 2014.”

When Harkins was 21 and a junior at Arizona State University, his father, Red Harkins, passed away leaving Dan at the helm of Harkins Theatres, now the largest privately owned circuit in the United States. Raised in a movie theatre and having worked every job from janitor to doorman to projectionist Harkins set about building on his father’s legacy.  During the last few decades, he has done just that, dedicating himself to two goals: expanding the Harkins’ business and enhancing the movie-going experience. An industry trailblazer known for thinking outside the box Harkins has built a reputation as a leader and innovator, both in the theatre industry and the local community. Under his leadership, Harkins Theatres has become known for its superior guest service, innovative programming, state-of-the-art projection and sound systems, plush Ultimate Rocker® love-seats, neon lobbies, and signature gourmet concession stands all while continuing to set a new standard for charitable giving throughout their community. With over 400 screens and still growing, Harkins has guided Harkins Theatres to become a 21st century masterpiece that would make Red proud.

Harkins has served on the NATO Board since 1986 and has been a member of NATO’s Executive Board since 2009. Harkins has also served as NATO’s Treasurer for two terms (2006 – 2009). Harkins was a founding member and officer of the Arizona Theatre Owners Association, formed in 1978, and served as the organization’s President and Secretary for several terms. Harkins Theaters is Arizona’s longest running movie theater chain and the nation’s largest independent exhibition company. In addition, Harkins Theatres is the nation’s fifth largest circuit (measured by box office) operating upwards of 440 screens. Harkins’ involvement with NATO also includes serving on NATO’s Investment and Strategic Planning Committees. Since 1974, Harkins has received over 120 awards, including the Ernst & Young Entrepreneur of the Year award and recently the Show ‘E’ Award at the 2012 ShowEast Convention.  Additionally, Harkins has the distinction of being an unprecedented three time winner of the National Showman of the Year award.

The National Association of Theatre Owners (NATO) is the largest exhibition trade organization in the world, representing more than 31,646 movie screens in all 50 states, and additional cinemas in 80 countries worldwide. NATO’s membership includes the largest cinema chains in the world and hundreds of independent theatre owners, too.