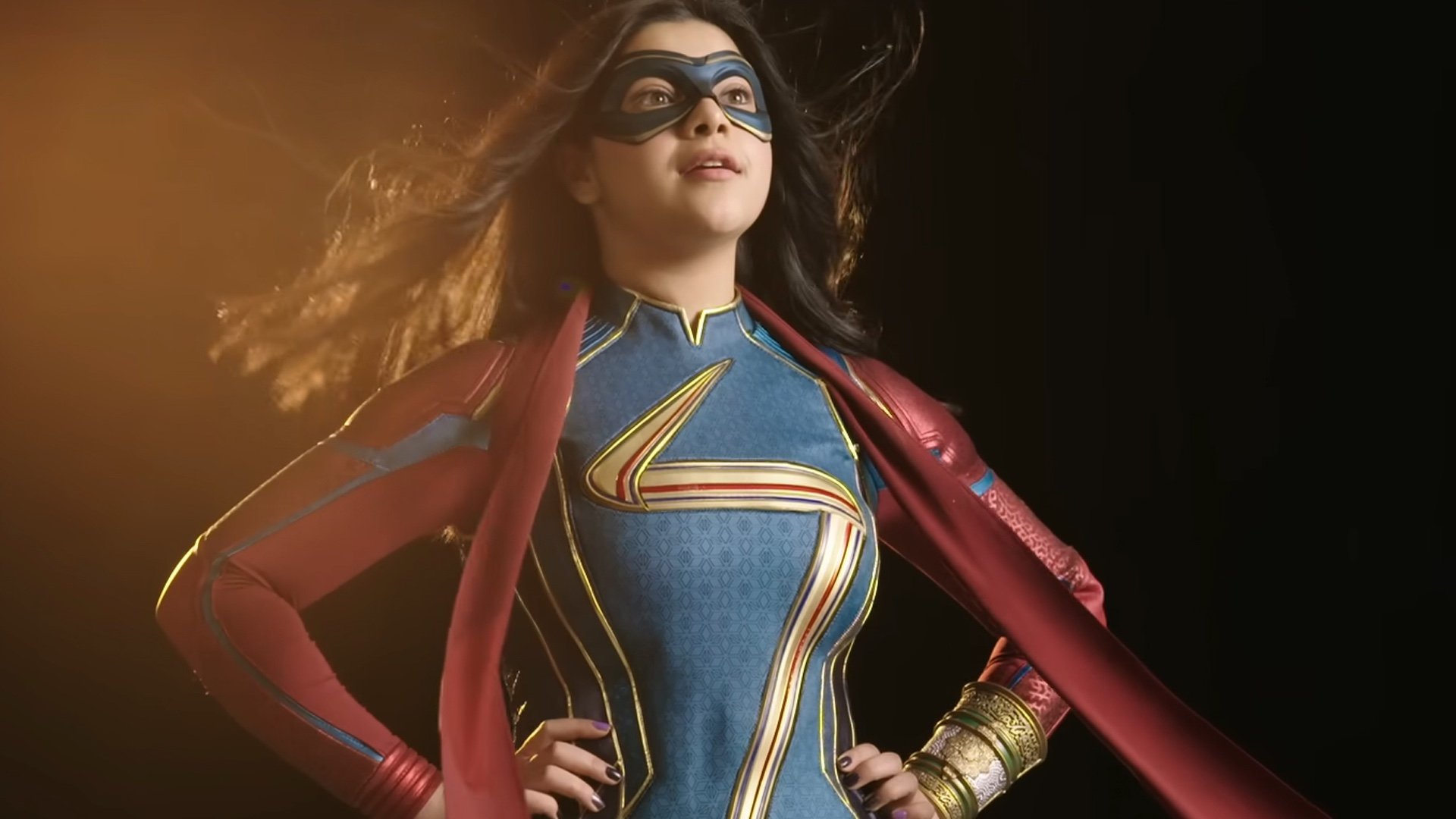 Last week Marvel Studios held a press conference for Ms. Marvel that featured a bulk of the cast and creative talent behind the series, as well as some of the influential people who were involved in the creation of the original comic series. Kamala Khan is one of the more unique Marvel heroes, both in personality and in her cultural history. We’ve seen the first two episodes and so far the series is delightful. Find out how it came to be, and a few fun anecdotes with a look at some of the press conference highlights.

Sana Amanat, producer and writer on the series, also lead the charge for the original Ms. Marvel comic back in 2014. She spoke about her thoughts at the time saying, “This is all very, very trippy. When [G. Willow Wilson] and I were crafting this comic about eight years ago, we joked about how we’re like, ‘It’s not gonna get past issue nine. No one’s going to care.’ And lo and behold, Kevin Feige cared, which is amazing.”

Most fans of the Ms. Marvel comics may already know this, but the comic performed extremely well, hitting a demographic and cultural significance that is rare to see in the comic book world. For fans of the Marvel Cinematic Universe, think of it like the cultural impact Black Panther had on the world when the movie released back in 2018. A blockbuster film has slightly more reach than a comic book, but you can start to understand the significance of Ms. Marvel as a character within the pages of Marvel comics.

“The comic did really well,” Amanat continued. “I think what I love about it the most is that it has people from different backgrounds, who had never really read comics before showing up in comic shops for the first time because of what this meant and what it stood for. A few years later, when Kevin let us know that he wanted to make a show, I was thrilled.”

Kevin Feige followed up Amanat’s response with a few choice words of his own, “At Marvel, it’s such a privilege, because not only are there reinterpretations every few years of existing, wonderful characters, but every once in a while, there’s a new character that comes around that catches the audience’s imagination. And [Ms. Marvel] clearly did that.”

Every time a new Marvel film or series releases, the creative team is asked a wide variety of questions about what to expect from the future of the MCU. Once the Ms. Marvel comic was available, she started coming up in these conversations. “Almost from the first few issues, people started asking us, ‘When is Kamala Khan coming? When is Ms. Marvel coming?’ So, it always seemed inevitable in a great way. When Disney Plus came around, it gave us the opportunity to do what we really wanted to do, which was tell her full story in six episodes, and then have her transition into a feature,” Feige concluded.

Marvel Studios announced some time ago that Kamala Khan would be featured in the upcoming theatrical sequel to Captain Marvel. With the addition of Kamala and Monica Rambeau, the sequel has now been titled, The Marvels, and will arrive in theaters July 28, 2023. It will be interesting to see how the very grounded Ms. Marvel series will lead into what many assume will be a space adventure in The Marvels, but hopefully we’ll find out by the end of the series.

While Marvel Studios has done well with representation over the years, especially with the introduction of Phase Four, sometimes it can feel a little forced. The Avengers: Endgame reference to A-Force was great, but the execution felt very unnatural. It seems as though Marvel has learned a bit over the years because the culture represented in Ms. Marvel feels very natural, like you’re just watching Kamala’s life unfold, and this is all part of that.

Mohan Kapur, who is wonderful as Kamala’s father, Yusuf, had a touching comment about the culture in the series. “I don’t think this series is shouting from the rooftops saying, ‘Watch me, it’s about representation.’ It’s a wonderful story of a community that’s so ethnically diverse and culturally rich. For me, coming from that region, I think it’s a fabulous opportunity, because we suddenly see, this is the Marvel universe telling a story about our milieu. And it’s so beautifully and so subliminally translated over scenes. You go to the mosque, you put your shoes over there, you come back, and your shoes are gone. That’s a real thing. You know, the process of entering a mosque, the festivals, the wedding ceremonies. This is not a political statement. This is a story of one family, one girl, but it’s so beautiful. It’s a story of a family in a land that’s not their own, but they’ve called it their home and that’s beautiful.”

Of course you can’t have a press conference about Ms. Marvel without hearing from the delightful Iman Vellani. She was a huge Marvel fan before being cast as Kamala Khan, and that fandom continues as she plays the character and interacts with other characters in the MCU. “[Kamala is] a 16-year-old kid with superpowers. Fine. We’ve seen that before, but she’s also a fan of every other hero within the MCU canon. That fascination and excitement is associated with real-life Marvel fans, so that’s why we relate to her,” exclaimed Vellani.

Representation matters, and that holds true for Vellani, who was a fan of the Ms. Marvel character the moment she read the comics. “I’m just excited that people can finally see what I saw when I picked up those comics for the first time and fell in love with Kamala and her world. It’s just so colorful. It’s truly a love letter to all the MCU fans. She reacts how we would when she gets powers. I just love that part of her, and that’s why I fell in love with her. Her culture and religion were never the main thing of her personality. It was just some part of her life, how it was for me.”

Ms. Marvel is a very different MCU series, but that’s part of what makes the Marvel Cinematic Universe so special. When everyone can see themselves up on the big screen, or on Disney Plus, it’s inspiring. Ms. Marvel is providing that inspiration to a lot of people right now, and Kamala Khan will continue to do so as she transitions into the MCU films and beyond.

Ms. Marvel is currently airing on Disney Plus, with new episodes arriving every Wednesday.