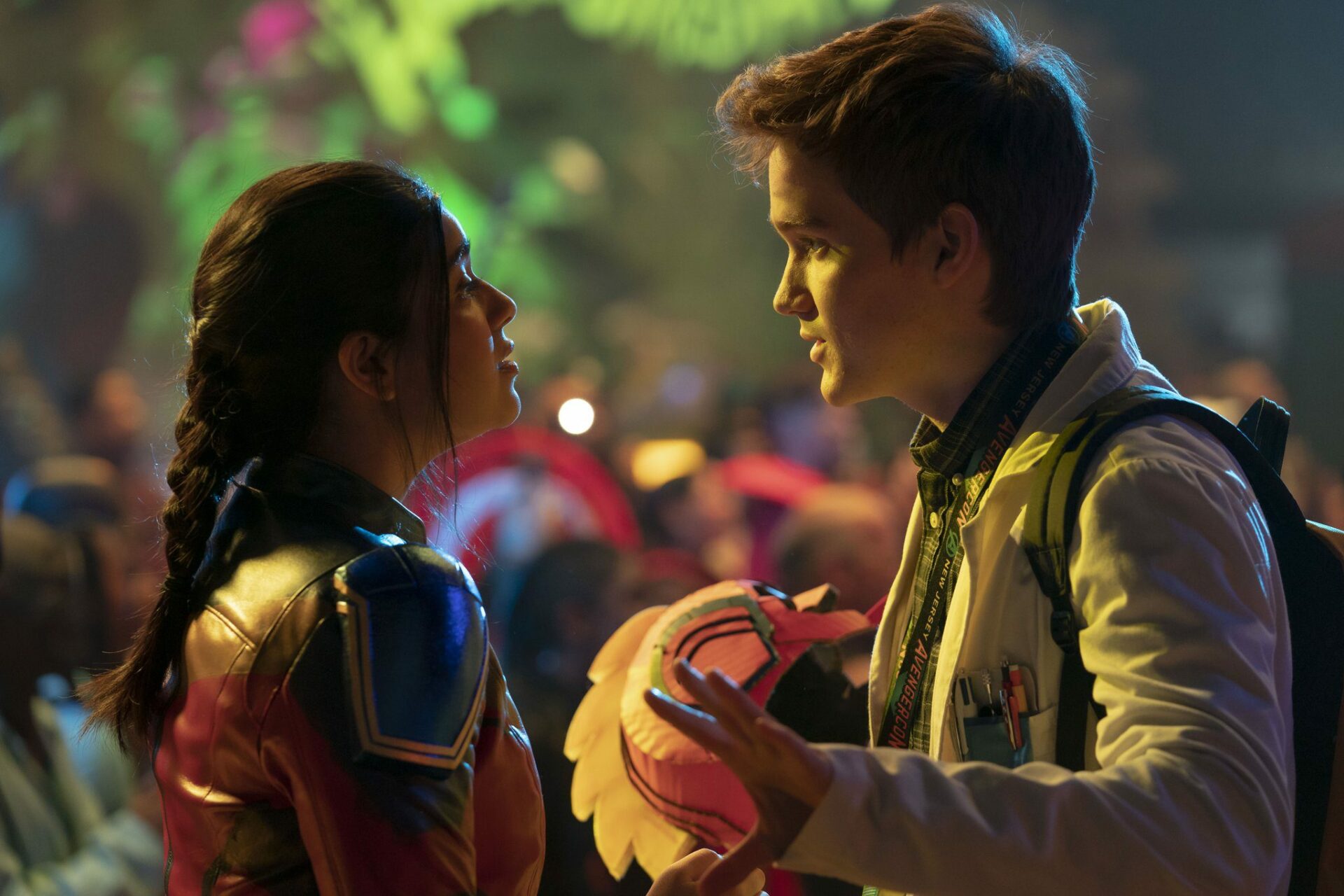 Marvel slowed down a bit during the height of the pandemic, but after a few solid theatrical releases and several Disney Plus series, the Marvel Studios machine is running on all cylinders once again. The latest Disney Plus release, Ms. Marvel debuts this week, and we’ve seen the first two episodes. While it’s a six-episode series, the first two episodes give us a good idea of how the series is shaping up.

Ms. Marvel is a very different series for a few reasons. First off, it’s a comic and MCU show that’s geared a bit more toward a younger crowd. There are plenty of traditional MCU shenanigans, and older MCU fans will have plenty to enjoy, but this is not a hard-nosed, racially charged Falcon and Winter Soldier, or a classic sitcom like the first few episodes of WandaVision. Ms. Marvel is fun and full of youthful energy, both the character and the series as a whole.

What Ms. Marvel also does very well is showcasing a traditional Muslim family dynamic. There’s plenty of superhero stuff to absorb, but you also get to see Kamala’s day-to-day life, and how she interacts with her family. It’s not only a day in the life of a 16-year-old girl from New Jersey, it’s also the daily life of a young Muslim female, and everything that goes along with that. There are scenes in a mosque, the politics of the mosque, overprotective parents, and everything else a Muslim teen goes through.

Comic book purists may take issue with the fact that Ms. Marvel’s powers have been slightly altered. In the comics, she can stretch and adjust the size of her limbs, among other things. In the series, her powers are more cosmic in nature, leveling her up a bit to stand tall alongside Captain Marvel and Monica Rambeau, but her original power set is still mostly intact. The difference is that instead of her limbs stretching and enlarging, it’s hardened light that takes the shape of her limbs. It’s basically the same, just with more options at her disposal in the MCU.

After only two episodes, it’s difficult to say how good or bad Ms. Marvel is. The acting so far has been great, even with the carefree nature of a younger-skewing series. There are some cheesy bits, but it works so well with everything else going on that it doesn’t feel cringy, or misplaced as it can in many other shows aimed at a younger audience. And to be clear, Ms. Marvel is not a show for kids like we’re expecting from Spider-Man: Freshman Year or I Am Groot. It still appeals to older audiences, they’re just not the primary target audience.

The first two episodes move quickly enough that we understand everything going on in Kamala Khan’s life, who her friends are, and how things are starting to be set up. That said, there’s still a lot of mystery to the series. Will she turn out to be an Inhuman? Is she something else instead? How does she get from where she is in the first two episodes, to palling around with Captain Marvel in space next year? Most, or possibly all of these questions should be answered by the end of episode six.

For now, sit back and enjoy the light-hearted nature of Ms. Marvel and its all-star cast of characters. For some people, it will assuredly be their favorite Marvel series so far. Others will view the series as the next step in the great MCU timeline. Only a few will look down on the series, but you can’t please everyone, especially in times like these when people will hate on something simply because it’s different.

Synopsis: Kamala Khan, a New Jersey raised fangirl of the Avengers, particularly Carol Danvers / Captain Marvel, struggles to fit in until she gains her own polymorphous powers.