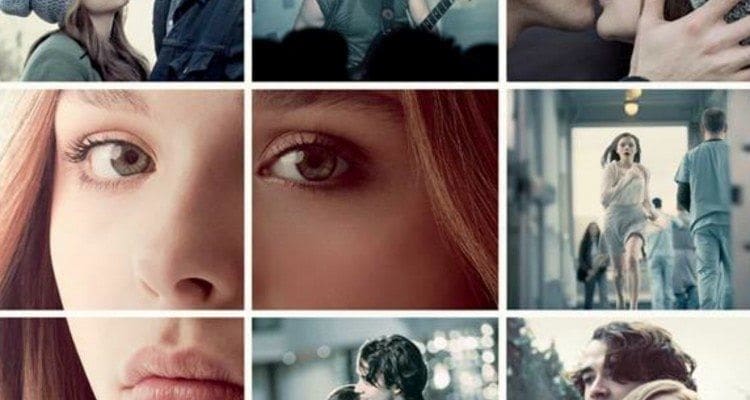 The film adaptations of popular novels can be hit or miss.  The page to screen treatment can be too complicated and confuse the audience or too simple and leave exposition on the cutting room floor.  The ones who have read the novel first will feel disappointed if certain scenes and characters are left out; and sometimes the tone of the movie doesn’t quite match up with how the novel portrays the story and its emotional core.  Still a movie is meant to serve the viewer, not the reader; and if it turns out to be entertaining, regardless of those changes, so be it.  We won’t know if the movie could have been better served following the book until a more faithful remake comes out years later, which is inevitable.  Since I haven’t read the original novel, none of my opinions affect the merits of the book itself.  It may in fact be a beautifully narrated story which seems to have gotten too much Hollywood treatment to allow the audience to embrace the characters completely.

In the movie If I Stay, directed by R.J. Cutler, Mia Hall (Chloë Grace Moretz) is a gifted high school student living in Portland and is also an exceptional cellist.  Her love of classical music such as Beethoven is a complete departure of the upbringing she received from her progressive, punk rocker parents Kat and Denny.  Her father, played by Joshua Leonard, played in a band and left it behind to pursue fatherhood.  After a serious car accident, Mia is discovered unconscious with her parents and brother Teddy lying on the side of the road.  Her spirit, however, is fully awake and wondering what has happened.  It’s during this traumatic turn that we learn, in non-linear fashion, the story of how Mia met Adam, the love of her life.

Adam (Jamie Blackley) is a musician who plays for a band called Willamette Stone.  They meet in high school and romance develops almost right away.  As he tours with his band, she continues her schooling.  Practicing her cello in the hopes it will lead to a career.  As we are going back and forth between her happiest moments and her most distraught moments, we learn that Mia has to figure out where she belongs and what is most important to her.  A decision that is just as poignant in death as it is in life.  We know she isn’t in her body anymore from the start of the movie, but how it plays out is not clear.  Will she choose to stay and fight for the life she has now; or does she belong elsewhere?

Music plays a significant role in the story.  Mia’s father has strong opinions about what his family listens to and Adam’s band provides the soundtrack throughout the movie.  It does help provide that connection between Adam and Mia, but it can be distracting when you’re trying to see this as a real relationship.  Mia’s cello performances are captivating.  Her passion comes out on-screen.

While I wasn’t moved by the acting, in particular how Chloë Grace Moretz felt about being dead and seeing her family in pain at the hospital, I was impressed by Mia’s grandfather, played by Stacy Keach.  His performance is so genuine that you can’t help but shed a tear too.  So many scenes are meant to make you cry, but it feels forced and sometimes you just want the scene to play more naturally.

If I Stay has a decent enough love story that you can enjoy once all the usual clichés have been exhausted in the first half hour.  Mia’s parents are a fun relief from the drama she goes through.  The music from Adam’s band isn’t that bad either.  It may not be enough to make you care about the final outcome, but the journey is a worthy effort.  It asks very deep questions about our own lives.  When we try to accomplish so many amazing things, we find ourselves sacrificing one happiness to pursue another.  Our only fear is the unknown; and whether or not what makes us happy now will still be there down the road.  Another movie that this reminds me of is Vanilla Sky with Tom Cruise.  It’s concept requires the protagonist to decide whether or not to accept a reality he is not familiar with and is even afraid to experience at all, but life is about embracing the unexpected.  Still he can’t be faulted for any decision he makes given what he knows he’s leaving behind.  Just as Mia can’t be faulted for her decision as well, whatever it turns out to be.

About: IF I STAY

Synopsis:  Life changes in an instant for young Mia Hall after a car accident puts her in a coma. During an out-of-body experience, she must decide whether to wake up and live a life far different than she had imagined.