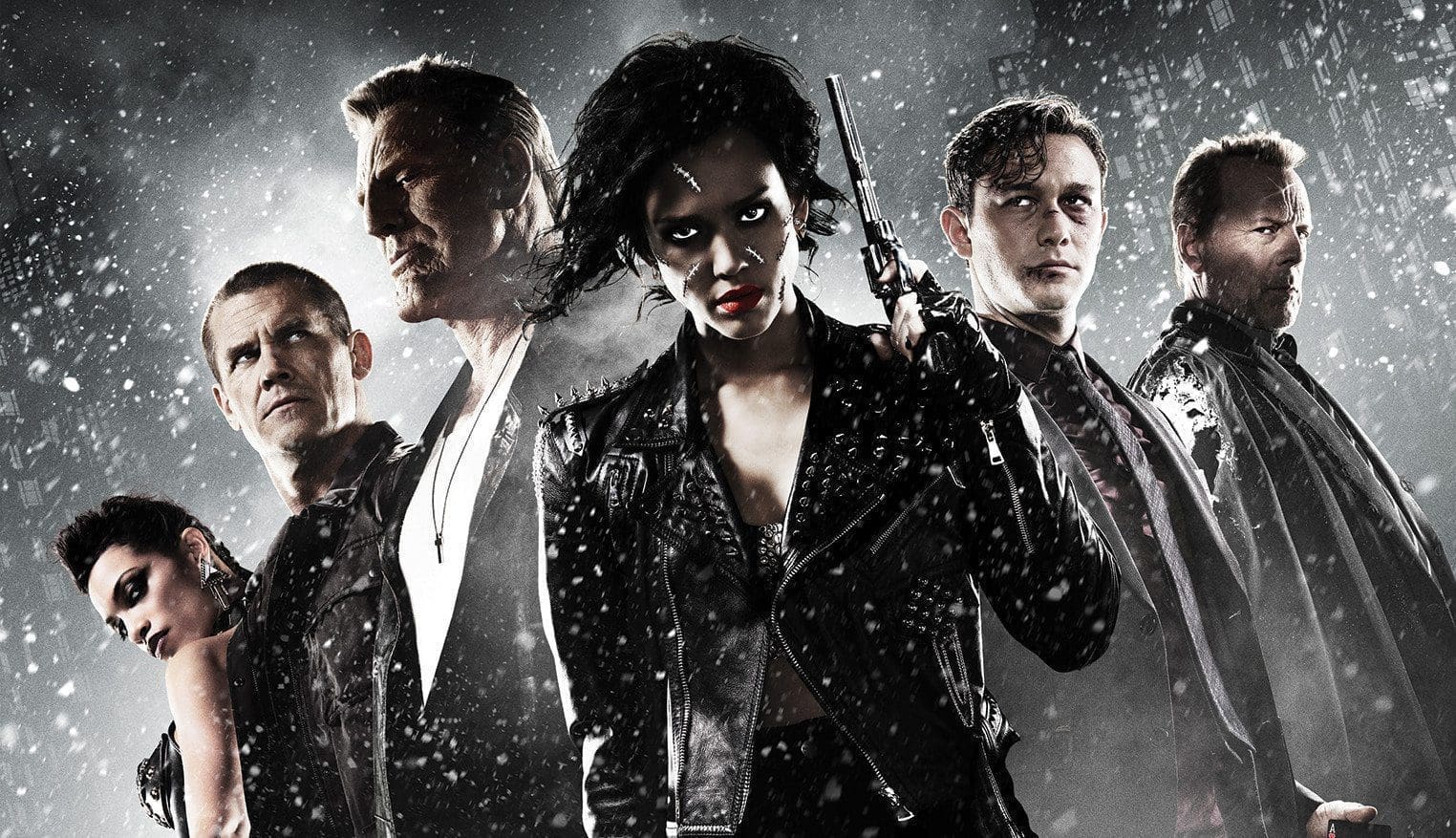 Sin City: A Dame to Kill For is the much-anticipated follow-up to the original Sin City film that was released in 2005. Fans of the original were noticeably concerned about the release over the last few months, commenting on trailers that they just didn’t know if it was possible to create a second film as good as the first, but they sure as heck were hoping it would be. Frank Miller and Robert Rodriguez did not disappoint.

Like the first Sin City film, A Dame To Kill For sprinkles in side stories and weaves them in and out of the main story line, connecting characters and plots and continuing stories from Sin City. The stories aren’t always in the same order, so fan favorites like Marv are back.

Fans of the graphic novels will be impressed with how closely the title story of the film stays to Volume 2 in the comic series. Eva Green is a fitting femme fatale in the role of Ava, a succubus who doesn’t need weapons or muscle to slay her victims, though she does get a little help.

A Dame To Kill For seems to pace the stories and action, focusing a little more on character development for the title story. However, the action scenes are worth the wait, proving to be more brutal and bloody than the first, with so many decapitations I lost count. The Oldtown girls are tough as ever and we get to see more of deadly little Miho’s sword play in action.

Nancy, soured by the city she’s come to hate, is no longer the “sweetheart” Hartigan knew.  Jessica Alba is still just as sexy, but also messy, dark and full of angst. Watching her transformation throughout the film is sometimes as painful for the audience as it is for Hartigan’s spirit, but her final shining moment as a badass is worth it. Marv and Nancy make one deadly combination that will be sure to delight audiences. I only wish they had more scenes together.

Joseph Gordon-Levitt is a surprisingly good fit for the Sin City scene, showing a bit more grit than I thought him capable of, and light cameos help round out the bill.

If seeing the movie in 3D, there aren’t too many out-of-the-screen gags that make some movies cheesy, there is a flaming tire and a gun barrel that pop out at you, otherwise the 3D is used to make you feel like you’re right there in Sin City. Be careful, this rotten town, it soils everybody it touches.

About Sin City: A Dame To Kill For

Synopsis:  After the death of Hartigan, Nancy becomes more like the city she has come to despise: dark, dirty and dangerous. Much of her angst is focused on the treacherous Senator Roark, who continues to run much of the city and has even more enemies to show for it. A Dame to Kill For builds on a few story lines from Sin City, and introduces new characters. Eva Green plays a true femme fatale, ensnaring many of Sin City’s men into her web; and Joseph Gordon-Levitt is a young streetwise card player with something to prove. Marv links together many of the stories and is around for much of the action, resulting in more brutal kills and crowd pleasing garnishes. A few cameo appearances lighten the mood when Marv isn’t around to charm the audience. A Dame to Kill For doesn’t disappoint, delivering another sexy, deadly, and gritty chapter in Sin City.