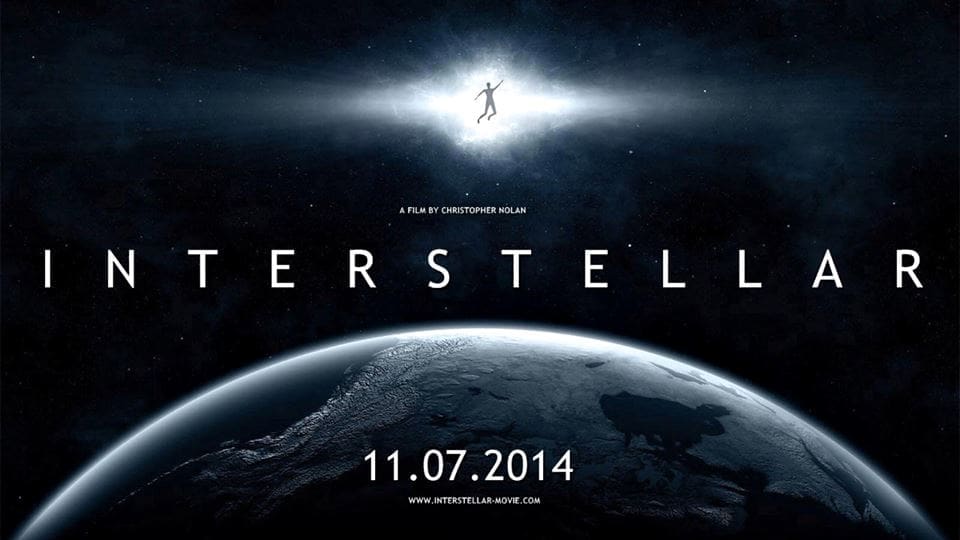 Christopher Nolan is a filmmaker. Now you may think that all directors are filmmakers, but in the modern day and age, there are far too many directors making popcorn movies for the general populous, and less directors making actual films. Memento was solid, The Dark Knight is one of the best comic book movies ever, and Inception is one of the most unique and original films in years. Now Nolan is taking on the space odyssey with Interstellar.

The best way to describe Interstellar is to say that it’s 2001: A Space Odyssey for the current generation. It is an epic film in every way imaginable and, aside from the nearly three-hour running time, there’s very little to complain about unless you want to start nitpicking. While the movie isn’t boiling over with action scenes, and there’s a hefty amount of dialogue, it’s arguably the best film of the year.

Without spoiling too much, Interstellar begins on Earth. The planet is dying and won’t be able to sustain human life much longer. Cooper (Matthew McConaughey) is sent into space with Amelia Brand (Anne Hathaway), Romilly (David Gyasi) and Doyle (Wes Bentley) in order to save the human race. A majority of the movie takes place in space. So much, in fact, that this is Nolan’s most effects-driven film. If you’ve seen Inception you know that’s saying quite a bit.

Space in Interstellar is visually stunning. The various planets and interstellar phenomenon offer widely varying locales for the film. The visual effects combine with Hans Zimmer’s excellent score to make almost every scene a spectacle. The score plays a huge role in how emotionally invested the audience is throughout the film. It may not be Zimmer’s best film score, but it has more impact on the film than virtually any other Hans Zimmer score. The score is just as critical to Interstellar as the acting, directing and visual effects.

Matthew McConaughey turns in a solid performance, as you might expect (especially if you’ve seen his recent work in True Detective). Anne Hathaway offers a solid supporting role, but it’s the subtlety found in David Gyasi’s performance that really brings home the scenes he’s featured in. He doesn’t see a lot of action in the film, but his calm, almost anxious and fearful demeanor really sets the tone in most of his scenes. He is the fear, anticipation, and general emotion the audience feels throughout. Bill Irwin and Josh Stewart voice the two main artificial intelligence units in the film, and they are as integral to the success of the movie as the human characters. In fact, you’ll care more about the A.I. in this film than most human characters in other movies.

Rounding out the stellar cast is Michael Caine as Professor Brand (Amelia’s father), Casey Affleck as Tom (Cooper’s son) and Jessica Chastain as Murph (Cooper’s daughter). The combined performances of these actors and actresses as the film shifts from space to Earth are exceptional. There are even two roles that are not seen in the trailer (which we won’t spoil here) that may surprise you. They add quite a bit to the film as well, even if their roles aren’t very large.

What Christopher Nolan has done with Interstellar is create a film that you care about. The world is coming to an end and mankind has one last hope for survival. That’s the general plot point for hundreds of movies, but none of them have the impact and emotional journey that Interstellar offers. Every choice has enormous weight, every action has a consequence, every betrayal is huge, every sacrifice is gut-wrenching. It’s the little things that make a good movie great, and Christopher Nolan nailed almost every single detail in Interstellar.

Even with all this praise, there will be people who dislike Interstellar or do not think it’s one of the best films of the year. At just shy of three hours, some people won’t want to sit through everything. There’s a lot of dialogue and not a lot of action, especially in the first act. Everything that happens is important, but some moviegoers would rather see massive explosions than proper cinematic exposition.

There’s also one point in the third act in which the film takes a wild turn. This will throw some people. It’s a big twist that’s hard to grasp at first, but Nolan quickly reels the audience back in as things settle down. It’s also a movie that should be viewed multiple times. It has a few plot points that offer a similar experience to The Sixth Sense or The Matrix. There are situations in Interstellar that you don’t understand until the movie is over. Watching it a second time with a full understanding of the film makes for a very different viewing experience in which you gain a far better understanding of the film.

Of course you can nitpick any film. If you want to bring Interstellar down from great to good, or even average, you can nitpick and do just that. There are elements in the film which rely on unknown science. Even after multiple viewings it may be hard to wrap your head around just how certain events played out. If you over-analyze and nitpick these events too much, it’s sure to at least partially ruin the experience.

If you enjoyed Memento and 2001: A Space Odyssey, and generally enjoy Christopher Nolan movies, you will greatly enjoy Interstellar. It is the complete movie package and a film that everyone should experience at least once. Not everyone will like the film, but it’s comparable to any cinematic masterpiece the hardest critics or most skeptical fans can name off. It’s one of Nolan’s best films and it’s hard to imagine the director topping his work here. For many, this will be one of the top five films of the year. For some it will simply be average. However you end up rating the film, it’s a must see.

Synopsis: A group of explorers make use of a newly discovered wormhole to surpass the limitations on human space travel and conquer the vast distances involved in an interstellar voyage.

[…] plays a big role in the film as well. Much like Christopher Nolan used Hans Zimmer’s score in Interstellar, Ritchie uses Pemberton’s score as if it were another actor. Sometimes the music drowns out […]