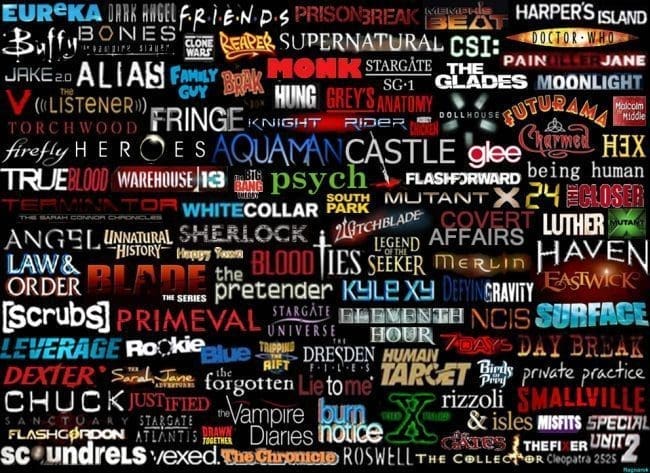 The highly anticipated Simpsons/Family Guy crossover premiered last month, to mixed reviews. However, this high profile crossover overshadowed several other TV crossovers from over the years…

11. Ren and Stimpy meet Itchy and Scratchy – An episode so gross that even TV wouldn’t show it, and they aired a reality show about siamese twins.

9. Modern Family/All in the Family – At first, Al Bundy and Archie Bunker engage in a curmudgeon-off, but eventually bond over their mutual sense of reluctant tolerance.

8. Pawn Stars/Cosmos – The Harrison family decides to diversify into buying and selling celestial objects. “I can’t give you $100 for Pluto, it’s not even a planet anymore”.

7. America’s Got Talent/America’s Most Wanted – “Our next contestant is wanted on 3 charges of aggravated assault, but let’s see how well he fairs with the waltz”.

6. Battle of the Network Stars/Star Trek – Willie Aames and Adrian Zmed must compete to the death in the Pon Farr.

5. Full House of Cards – When Jesse & the Rippers are invited to play the White House, they bring the entire family along, but the vacation goes south when Michelle witnesses the President murdering a reporter with his bare hands.

4. Walker, Texas Perfect Stranger – Walker and his crew must pursue a perp to Mypos, where they accidentally arrest a vacationing Cousin Larry.

3. The Real Ghostbusters/Mythbusters – Jamie Hyneman must consult with his old buddy Dr Ego Spengler when the ghost of their destroyed crash test dummy haunts the Mythbusters compound.

2. The Wire/Sesame Street – Baltimore PD tries to make a case against Oscar the Grouch for being a Crack kingpin; meanwhile, Omar meets his match when he tries to rip off Cookie Monster’s stash of oreos.

FOR THE FIRST TIME EVER: HIT COMEDY GETS RE-RELEASED WITH 763...