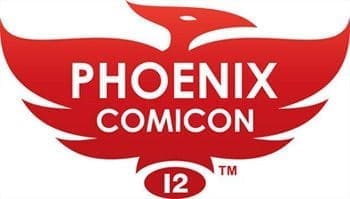 Phoenix, AZ – Had the awesome opportunity to interview Matt Solberg, Convention Director of Phoenix Comicon via email. He talks about his life, Phoenix Comicon and the future of the convention. Enjoy!

Me: Thank you for your time Matt. Please tell our readers a little about yourself.

In the fall of 2001 I moved to Arizona and after taking a look around, saw there hadn’t been a comic convention in the area for the greater part of seven years. I had been working on political campaigns since graduating college in 1997. The knowledge and experience those campaigns provided runs parallel to the skills required to put on a convention. Promotion. Event Management. Talent organization. I put those skills where my mouth is and Phoenix Comicon was formed.

Me: When you started Phoenix Comicon, what was the ultimate goal and inspiration at the time? And have you achieved it?

Matt: [Laughs] There had not been a comic book convention in Phoenix for seven to nine years prior to us forming Phoenix Comicon.  The original goal when we started Phoenix Comicon was to provide a one day, six hour comic event for fans.  It was solely a vendor hall with a few panels and workshops.  So I think we have by far surpassed our original goals.

Me: What are your expectations of Phoenix Comicon this year?

Matt: I believe this is the year that Phoenix Comicon solidifies its position as the signature pop culture event of the southwest in the minds of our attendees, guests, and volunteers.  It’s the year we come into our own.  We’ve made many internal improvements and continue to refine our operations all to provide a great experience for our attendees.

Me: In your opinion, with the Bleeding Cool Awards coming this year, the exponential growth and world renown guests you have invited in recent years, is or will PCC be the alternative to San Diego Comic Con on the west coast in the foreseeable future?

Matt: I would rather us be Phoenix Comicon with our own strengths and unique character than to be viewed as an alternative to San Diego Comic Con. There is much that SDCC does right and that only they can do.  There is much we do right for us that we do not see any where else, including our signature events such as Geek Prom, Doctor Who Party Like a Time Lord, and Marvel vs Capcom: The Party!

We organize the most affordable fun event we are capable of and we’ll let attendees decide which conventions they wish to attend.

Me: Who is your favorite superhero/villain? Why?

Matt: Captain America and the Red Skull.   While I grew up reading GI Joe comics, it was reading a reprint of Captain America stories by Stan Lee and Jack Kirby that got me into superheroes.   Captain America was battling the Red Skull and Nazis during World War II and it was thrilling and fun to read.  I didn’t even know that those stories were twenty years old by the time I was reading them for the first time.  I just liked that Steve Rogers was this normal guy who stepped up to serve his country.

Matt: I’ve been training in Krav Maga for over six months now.  I love the time I spend in class and I freak my friends out when I challenge them to try and choke me or attack me with a knife, and I break free from the choke or defend and disarm the knife from them.

My Krav Maga Instructor is a bit of a geek himself, commenting on other superheroes and pop culture figures who have trained in Krav Maga (such as Wolverine or James Bond).

My training and his geek knowledge leads us to featuring “Sidekick Training” at Phoenix Comicon, where kids will receive some initial Krav Maga training on preventative and de-escalating tools.

Me: So this is the 10 year anniversary of Phoenix Comicon (YAY!). Where do you see the convention 10 years from now?

Matt: In ten years we will still be working towards that goal of being the signature pop culture event of the southwest.  We will never reach the goal of actually being it, as there is always more we can do.

Me: Where do you see yourself in 10 years?

Matt: I see myself personally being happy in ten years.  Ideally that means still being involved with Phoenix Comicon.

Matt: Attendees hopefully are already seeing great hotel availability and selection.  We used one hotel, the Hyatt Regency, last year and this year we added a second host hotel, the Renaissance Downtown, along with five overflow hotels.  The prices are lowered this year for triple/quad occupancy, making it more affordable for families to attend.

We don’t have any control over parking, other than to say that lightrail is a great alternative.

Me: To our readers that have never been to your convention, what can they expect other than your awesome line-up of stars?

Matt: Our guests are what gets everyone excited about the convention, but its our programming that keeps people coming back each year.  It’s being able to dress in costume or being a costumer watcher, to meet others with similar interests, and to have a great time geeking out all weekend long.

For those who are new to our show or to “comicons” in general, always take a moment to read the program guide when you first arrive.  Highlight those events you do not want to miss and plan your weekend.  There are many guests to meet, vendors to purchase from, and events to attend.  You won’t be able to do it all so pick your priorities.

For those attending who are new to Phoenix, make sure to drink plenty of water to stay hydrated.  It’ll give you more energy throughout the weekend and give you the ability to full enjoy your time at Phoenix Comicon.

Me: Thank you once again Matt for your time!!

Check out this link for more information on Phoenix Comicon and its awesome lineup of guests,  here: http://phoenixcomicon.com/