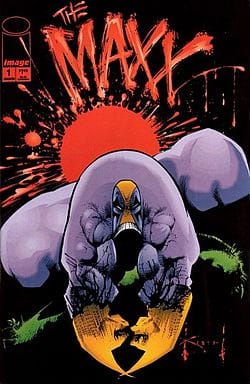 ​Somewhere between printed comics and limited animation lies a new breed of medium: the motion comic. With visual styling similar to an animatic, but a fully produced soundtrack like a cartoon, motion comics are combining the best of both worlds to serve a broader audience of comic fans and non-fans alike. Motion comics have created a new medium that blurs the line between traditional printed comics and animation by having elements of both.

​To help explain what a motion comic is, I will first explain what it is not. It is not a digital comic ​ (comics produced online for the purpose of being viewed online) because motion comics are animated (albeit “selective” animation). It is also not a limited animation because it is not really created by animators. A motion comic uses the drawings of such notable comics illustrators as Neal Adams, John Cassady, and Paul Dini​  and adds some lighting and editing effects (and a few little animated parts- like hair blowing in the wind, glass shards flying from a broken window, etc.) to those drawings. The illustrators are not animators and the animators are not illustrators. The production crew adds the effects through Adobe After Effects and other similar programs after scanning in the original drawings.

​Many years before the motion comic phenomenon, people were adapting comics to animated television programs, one of the more notable being “The Maxx”. Greg Smith wrote an article devoted to the adaptation of /The Maxx/ ​ comic into “The Maxx” television show. Though outdated (having been written in 1999), many of his points are directly applicable to motion comics and their relationship with both comics and with animation.

​”One of the primary sources of aesthetic innovation is adaptation from other media… When a medium borrows an effect from other existing media, the borrowing medium often evolves and gains expressivity…Adaptation across media is necessarily a process of translation, since one cannot merely import forms from one medium to another. The work of adaptation transforms the original content because the new medium cannot simply duplicate the old. (Smith, 32)

​By adapting these stories from comics to television cartoon, the cartoon grows in ways it can express itself. In this case, motion comics are a shorter jump from comic to animated, so it can maintain the kind of cannon continuity and storyline that the comic fans will demand, but also seem fresh and new enough for the newer fans so they might gain/regain interest in the story or characters.

​In this translation of media, the characters are more still than in cartoons, yet (obviously) more animated than when they’re on the page.

​“Interestingly, this stillness [in character’s movement] seems less out of place… because this animation so frequently reminds us of its origins in the still medium of comics. It becomes possible to justify certain figures’ stillness as yet another consciously chosen strategy to point out that “The Maxx” television series is based on a comic, rather than assuming that this stillness is an awkward byproduct of industrial animation… At numerous points throughout the animation, the characters are unnaturally still, reminding us to read these as comics images as well as animated images. Surprisingly, this process of adapting material from another medium provides the animators with justification to hide the liabilities of their own medium.” (Smith, 48-51)

​This is one of the great things about motion comics: it requires (by definition) so little animation; what animation is given is seen as a plus. Because there is some movement, it still has the same attention-grabbing abilities as an animated cartoon, but since it is very still for the majority of the time- most character models do not actually move- it reminds the viewer that it originated with comics roots and therefore looks intentional. With less animation, motion comics require less manpower and therefore cost less money than full animated programs like “Spectacular Spider-Man” or “Batman the Animated Series”.

​Because motion comics are “more engaging” than printed comics, they come across as more accessible than printed comics. There is a stigma around printed comics that true fans read them and it is very hard to get into them (especially those comics with continuing story-lines that span multiple issues- it’s hard for a casual reader to understand everything that is happening half-way through a story letalone a newcomer).

​Motion comics are a way of showing people outside of that echelon the characters they love in a new way in new stories that they haven’t been exposed to before. Marvel editor in chief Joe Quesada said in an interview for the Marvel.com news page:

​“When you think about the fans out there who are interested in Marvel but primarily interested in [the] movies, animations and games and [who] don’t dabble in comics, I think there’s an audience out there for the characters and the material that we can absolutely reach through this, including lapsed fans and current fans as well.”