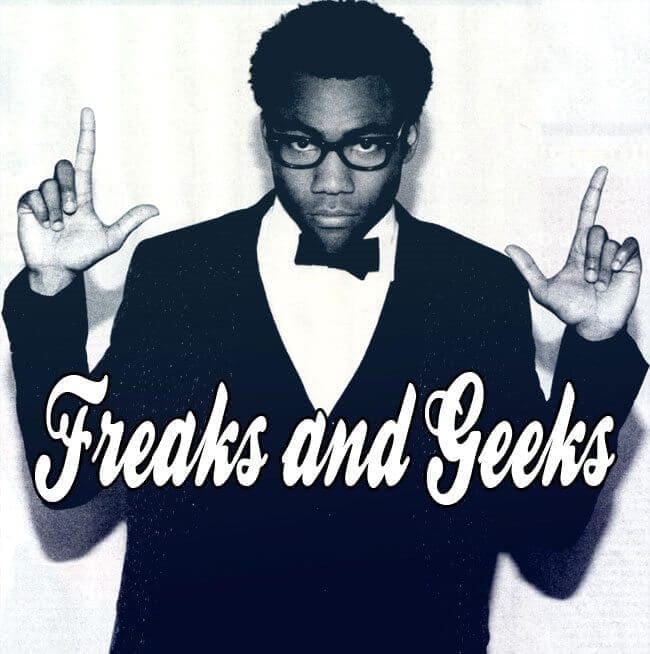 This week Childish Gambino (stage name for the adorable Mr. Donald Glover, who plays Troy in Community and was a writer for The Daily Show and 30Rock) came to Arizona. He had shows in Tucson (4/10) and Scottsdale (4/11) and I was just so lucky enough to make it to both of the sold-out shows. And man, am I glad I did!

The biggest difference in the two shows was the venue (obviously!). The Tucson show was at the historic Rialto Theater. For those of you who haven’t been there, it’s a pretty standard little venue. Bars on top and bottom floor, sloped ampitheater style floor with a balcony with seating for anybody who wants to hear their favorite musician, but not get caught up in the mosh pit with me! 😉

The next night, he moved to The Venue Scottsdale up in the Phoenix-metro area. I’d only ever been to this venue once before (Senior Prom), but straight away I knew it was going to be a little tricky. The whole place is kind of shaped like a big hallway, with a bar running along the left side (with booths and tables just past it), and a cool little balcony area on the right. For weddings, I’m sure this is THE spot to be. But for musical events, there was something left to be desired.

At the first show we got our tickets at the will-call window, had our names crossed off the list and were given our tickets and let in easy breazy. I hung out upstairs with a drink (moderately priced, thanks!) and watched the opening act, Danny Brown, who I’d never seen before. After he got off stage, we moved to ground level to get ready for Gambino. I grabbed another drink (vodka 7, in case you were wondering) and made my way as close to the front as I could without pissing everyone off. Gambino came on and it was fabulous! He hopped off stage at the end and everybody demanded an encore!

He came back on for one last song, “That Power” and left again. Then came back for a SECOND encore with “Lights Turned On” and everybody freaked out. Then we went back to the car and drove the 2 hours home (though we made it in 1:15 with cruise control and super light 11pm traffic).

The second show was MUCH different. First, let me preface by saying I probably maxed out at a [9] from some cookies I’d had in preparation (those of you who need to understand what that means will). So I wasn’t drinking that night. We got in the will-call line which had wrapped itself almost around the building (rumor has it: earlier the line for tickets was wrapped around the block!). The line was terribly long and we were bored out of our minds. Plus I’m a weenie and I was getting chilly out there! We get to the front of the line and we had to get patted down before we were let in. Then we had to give another door guy our ID so he could look us up on a list before he stamped our hands. THEN we were finally let in! YAY!

So we get in on the second night and notice the weird venue and decide that the front is probably best since the back is so far away from the stage and flat floors (not sloped like the Rialto) mean that standing too far back means you don’t get to see your favorite nerdy rapper. Well, like most concerts, the front was very crowded and very hot, and at a [9] all I could think was don’t lock your knees don’t lock your knees don’t lock your knees. So what do I do? I lock my knees and proceed to faint. <facepalm> Rookie mistake. Luckily my friends were there to catch me and pull me out of the crowd to the back area (you know, that place mentioned earlier with the crappy view, this will come up again later), where I take a seat and have some water. Don’t worry, though. It was like a really big headrush, and nothing more. Very scary at the time, but I was up and on my feet in no time… making sure to dance around extra so I wouldn’t make the same mistake twice! Gambino got on stage and it was great, even though I was stuck in the back and not really able to see anything. At 5’5, I don’t have the physical capability to see the stage, unlike the towering 6’4 gentleman standing directly in front of me.

The second night ended much differently, also. Okay, not MUCH differently. It’s not like he came out on an elephant or anything. But since the show was running about 30 minutes late, he didn’t wait to play “That Power”. He stayed on stage and played it like it was a normal part of the set. Then he thanked all his band members and tons of people left the building. Gambino got back on stage and preformed “Lights Turned On” for the ~50% of us left in the audience and then it was over.

Overall, I am extremely happy I got the opportunity to see him live twice in the same week. How many people get to say that?! And I’m even happier I made it to the Tucson show. It was just so much better. Better venue, better crowd, better show in my opinion.

Another interesting little tidbit: Danny Brown the first night was drinking water through his first set, then had a cocktail in his hand during his freestyle with Gambino. At Scottsdale, he had a cocktail durring the first set, and then a BOTTLE in his hand during the freestyle. This may explain the state of mind he was in when he repeatedly referred to the crowd in Scottsdale as Tucson (followed by many boos of course). My friend thinks he may have been egging them on though, and that he called Scottsdale the wrong name on purpose because they were being so damn quiet (MUCH more cheering and singing along at the Tucson show). Overall, it felt like the Tucson crowd had a big group of people who were fans of Danny Brown as well as Gambino, where in Scottsdale it seemed most everybody there was just for Gambino.

At the end of the show, there was a big screen behind him that read “SEE YOU NEXT YEAR”. And he will. Except I might just hit the Tucson show next time.

15 Minutes of Fame: A Review of Andy Warhol Portraits