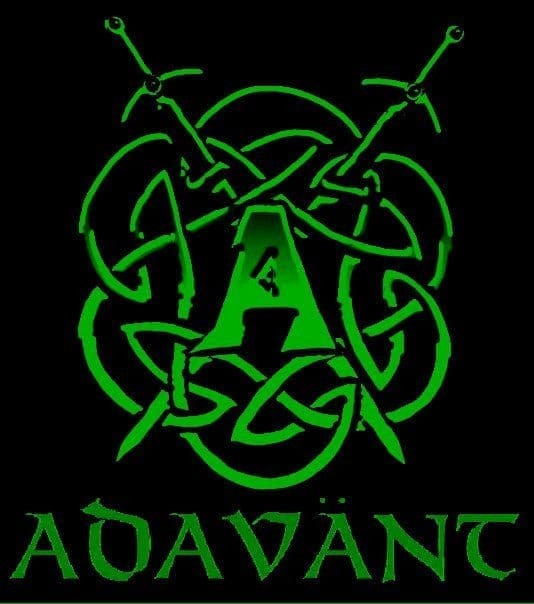 Tempe, AZ – About four years ago, I received a message from an old metal-head friend of mine that said the city of Chandler had birthed a Folk Metal band called Adavant.  He said the band had heavy medieval, folk, and classical influences.  With much excitement, I sat straight up in my chair and began searching for their music.  I had listened to the music and attended the concerts of our industrial, progressive, and nu-metal bands for about seven years, and needed something new.  I needed something that would stick with me for years to come.  I needed something EPIC (as overused as that word is).  I came across Adavant’s Myspace page that had four songs listed, and immediately after listening to the “The Siege”, I was a fan.

However, they don’t sound like they’re from Arizona.  They don’t sound like they’re from the United States at all, and at the time, I was very much intrigued by bands from Scandinavia (which is exactly where their influences come from).  I was so impressed and excited by the style of metal this band portrayed, that they changed the way I viewed the local music scene altogether.

The six member group brings their warrior heritage and influence to the proverbial round table.  Their album “Tale Untold” is a concept album, telling of an ancient war and the heroes who fought in it.  Each song leads into one another appropriately for each piece of the story.  It begins with a frightened mother in desperate need to ship her newborn son off with the men destined for war, to ensure he isn’t killed during an invasion.  To keep it short, years pass, the boy grows into a bold and brave man, leading an army, and winning the good fight in the end.  In between songs, a narrator with a deep, valiant voice helps the listener along the journey, and hooks you until the album is finished.  However, if you continue listening to the crackling embers on the final track for a noteworthy seven minutes and six seconds, you might find a pleasant surprise.

The album booklet is important to note, as all lyrics, including the narrator’s speeches, are written out in a lovely renaissance styled font.  You are literally reading a story-book when learning the lyrics.  There are catchy chants for the fans to sing along to, yet the story on the album itself will lock you in, and leave you wondering what will happen next after each song ends.  There are drinking songs that are sure to get the listener intoxicated, in celebration of the victorious battle.  There are clever rhymes and rhythms in the way the words are sung and screamed, which shows how gifted they are with the writing process alone.  Writing lyrics is no easy task, and writing a medieval story that fits the measures of each song while singing is nearly impossible for some people.  However these are six extremely talented musicians, who continuously prove it to us throughout the album. For those who are heavy into death and black metal, the male vocals will satisfy your need for growls and screams, belted by Nathan the Ravenous.  They are complimented beautifully by Charlotte the Alluring’s operatic vocals, that I feel gives an imperative balance, and appeals to many people who normally wouldn’t listen to metal.  Andy the Cunning plays the keys, which are an immense and important role to the band, producing many different sounds that would otherwise be played by a plethora of different instruments.  At times it sounds as if a symphony is accompanying them on their musical quest. And with the animated and artistic pieces that come out of his keyboard, it’s difficult to fathom how he can even play that fast.  There are so many guitar riffs that get stuck in my head played by, appropriately named, Justin the Fierce, and that is exactly how I would describe his style.  Corey the Vigorous slaps the hell out of his bass, giving many underlying and daring emotions to each song, which is so important when it comes to metal.  However, some of the bass lines will have you sort of dancing and maybe even frolicking with a beer in hand.  And finally, Jake the Thunderous cracks the sky and the heavens above as he completely owns the drums. In the past, they have opened for some rather big-name Folk Metal bands that hail from countries like Finland, Sweden, and Scotland.  Some of these bands have become hardcore Adavant fans in return, wearing the band’s shirt while they play live, and even joining them on stage.  Because of this, the music of Adavant is starting to spread overseas, as their shirts appear on the chests of bands playing metal festivals in Scandinavia, and interviews appear in European rock magazines.  I need to make a specifically geeky note that they have played alongside the band Powerglove, who focus mainly on video game and cartoon theme songs.  That brings me to another much needed point that they have a new song called “A Random Encounter”, an epic story of how the band is involved in an RPG and destined to fight an end-game monster.  You can hear it on their official YouTube page.

For nearly five years, Adavant has marked their territory on the Arizona metal scene, proving they’re no simple garage band that likes to make loud noises.  They are serious not only in the studio, but at live performances as well, as their garb fits what the band is all about.  They are often decked out in fur, leather, war paint, blood, and they may even have a prop or two (drinking horn, anyone?).  They have a significant group of fans who are loyal, wearing the band t-shirts and sporting black war paint.  The devotion of the fans and the vitality brought to their concerts has a family quality that the band seems to incorporate into their shows and, no doubt, their after-parties.  To sum it up, a live Adavant show is exceedingly entertaining and enjoyable.

There is so much energy in the band, and one thing I love seeing is each band member head-banging at the same time during a specific song that calls for it.  “Origins of Alliance” is a perfect example for this, around the 3:24 mark.  When Nathan demands a mosh pit, he’ll get it.  When Charlotte puts the microphone in front of fans, she’ll have accompanying vocals from those who are front and center.  When they pump their fists together in between vocals, the crowd will follow, and they’ll receive loud, war-like chanting as well.  An energetic and exciting band with an equally energetic, faithful crowd of fans creates the perfect atmosphere for a metal show.

On Thursday, April 19th, Adavant will be appearing at PaganFest, a festival that is meant to bring Folk Metal out in the open.  They will be opening for two major metal acts: Arkona, hailing from Russia and Turisas, hailing from Finland.  Check the information on the flyer.  To hear music straight from “Tale Untold”, you can head over to their Facebook page.  To see what their live performance looks like, check out their YouTube channel, where you may also see their funny and casual side.  One of my favorites that I highly recommend watching is their Holiday 2011 e-card. To purchase tunes visit the band’s:

Be sure to look out for a follow-up article about PaganFest within the coming weeks, and maybe even an interview with the band.  Cheers!

Rize of the Fenix – New Song from Tenacious D!