Are you geeky? Do you like video games, hip-hop, and all things nerdy? Well recently I interviewed Godric Johnson about his brand of music called “Game-Hop”.

“Game-hop is pretty much myself, brand, style, and persona. I am Game-hop” says Godric. The brand was first founded back in between 2006 and 2007. With the first mini-ep released in the spring of 08, and the first major tape released in the fall of 2008. When I asked Godric what some of his inspirations to get into making music were, he replied with artists such as Jimmi Hendrix, Andre 3000, and Lupe Fiasco. He also went on to mention that other inspirations to him included people such as Shigeru Miyamoto, Hideo Kojima, Stan Lee, as well as the comic, music, and video gaming worlds.

He made sure not to forget that some of his biggest inspirations included his parents, both his mother and father. He followed his father’s footsteps around age 5 and began his art, afterwards, his older brother had bought him his first NES when he was around 8 years old, and a Super-Nintendo for Christmas. He says he feels very blessed and fortunate to have such great friends and family that stuck with him through it all, and that he is doing his best to make them all proud!

After asking Godric about how successful he felt Game-hop was, he told me that it was moderately successful, and he had a very broad spectrum of feedback on it. Ranging from extremes such as people either loving it, or flat-out hating it. He’s had examples such as “Really awesome music!” to things such as “This sucks and you should just quit!” He told me that it’s very rare to find a medium ground between the two extremes. Although, he feels that his most recent CD has seen the most success out of the 4 projects that are now out. For those of you that are unfamiliar with these four projects, they are as follows: Game-hop Mini EP, which includes 5 songs, Game-hop Vol II: Strategy Analogy, Volume 2.1: Loading…, and Game-hop Vol. III: The “G”amer Chronicles.

Game-hop has been brought to events such as GDC 2008, E3, Louisianime, and Game-hop Aftercon. There are more expected shows for 2013, such as its annual show at UAT around October for its 6th time. Godric also mentioned that Aftercon is a free event, and they host gaming tournaments that all can join.

Currently I was told that Game-hop is on hiatus, as Godric is in the process of getting a band together named “Live Avenue”. “LA” is an alternative, hiphop, and rock band. More information about Live Avenue is to come.

Godric is also a big gaming nerd like the rest of us. He’s worked on his Indie games at Jetstreame Studios, and he hosts a tournament named “Quarter Circle Forward”. As well as attending GDC for 8 consecutive years. He’s largely into the fighting game crowds as well. He started a club at UAT named QCF, (or Quarter Circle Forward), that ran tournaments for games such as Street Fighter 3: Third Strike, Soul Calibur II, Guilty Gear, Tekken 5, and KoF. This club is the longest continuing club, as it has run for 8 years at UAT now.

Now all interview portions aside, I would like to break into my synopsis of Game-hop. Hip-hop is not necessarily my genre of music, but I can appreciate good music when I hear it. I liked most of all what I heard when I listened to Godric’s CDs. It was clean and clear quality, as well as it had some pretty meaningful lyrics, and some catchy beats. I felt a lot of the songs I could connect to personally in some way or another. I think I have to say that my personal favorite of all that I heard has to be track 13 on Game-hop Volume III: G33ky G1rls.

As a final note on this article, Godric left some shout-outs to some important people to him: 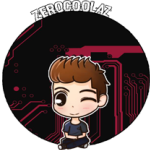