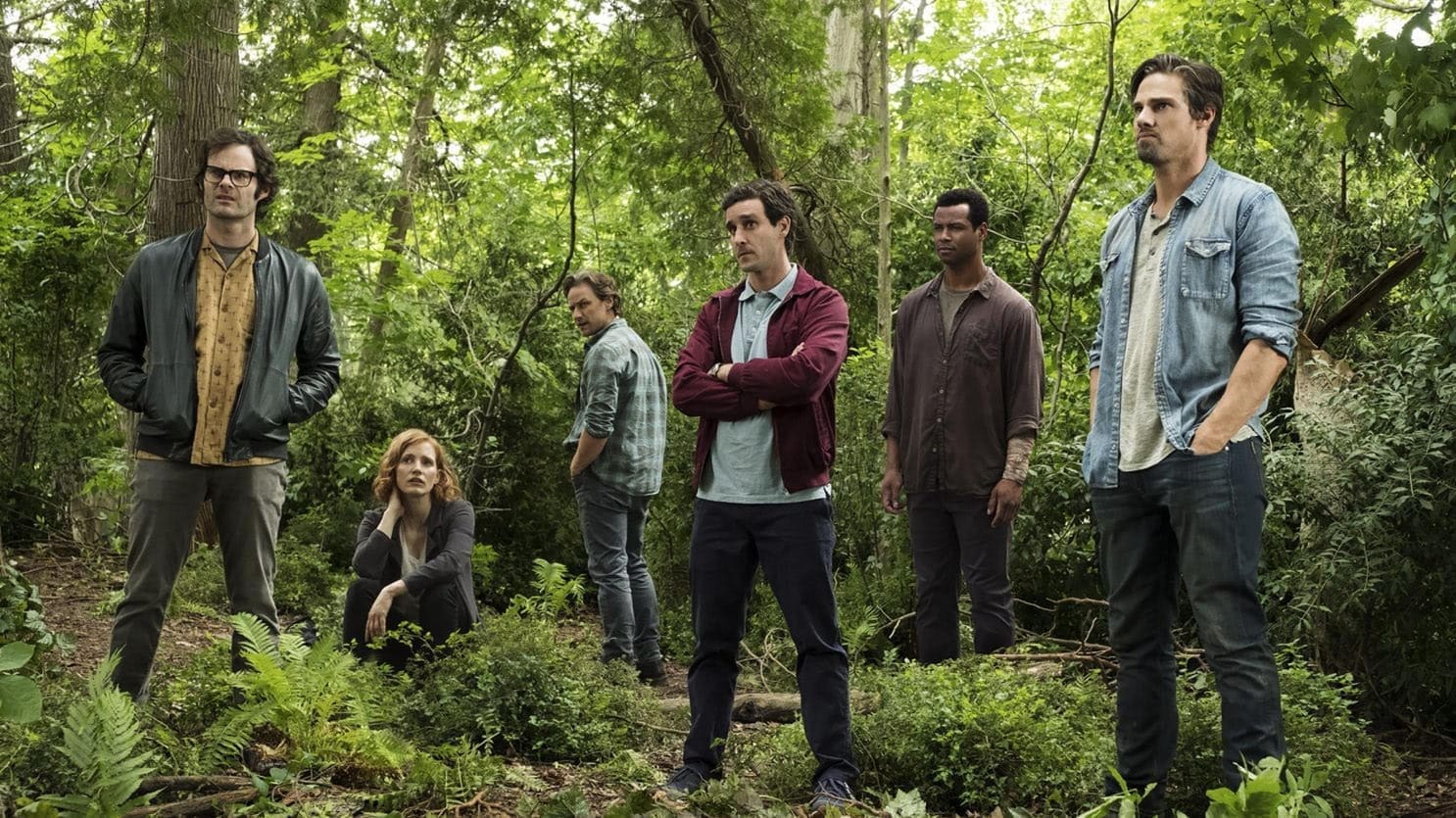 Stephen King is having a spectacular time right now. I hesitate to call it a renaissance because that would imply his career has waned at some point, but that is not the case. Adaptations of his work have been released consistently over the last 45 years. Most have been okay, and some have been masterpieces. Any dry spell in his imagination has quickly been replenished without us noticing a difference. Each time we must wait in anxious anticipation of his next project, we have the luxury of delving into his massive library of novels and short stories. It is this very library that is invigorating the horror genre today, both on the small and big screen.

Not that the horror genre needs his help. This is a golden age of horror and there is no shortage of content on streaming services and in movie theaters. Still Stephen King is a founding father of the modern era in horror storytelling and his contributions cannot be understated. Not only can he manifest a frightening image that sticks in your head long after you’ve envisioned it, he can also create multi-faceted characters with such nuance that you immediately empathize with them.  The more his keystrokes continue from page to page, the more his nightmare world comes alive inside your mind.  Sometimes those nightmare worlds are quite beautiful in all their morbid splendor.

Which brings us to his brilliant story IT.  Adapted originally in 1990 as a tv movie and now as a two-part theatrical experience.  Chapter One, released in 2017, had a great cast of child actors. The chemistry among all of them was perfect and they made the story shine in every scene.  They left no emotion behind.  I laughed, cried, and showed genuine fear and concern for the well-being of our band of losers.  I’m not easy to scare but put kids in danger and my tough exterior pops like a red balloon.  This rated R movie with children suffering traumatic events in a small town, all while being pursued by a killer clown, turned into a smash hit at the box office.  While they may not have entirely planned for a second movie, the wheels were in motion.  Kids grow up fast and any flashback scenes needed to be filmed sooner than later.  So lucky for us we only had to wait two years to get the ending to the danse macabre of Derry.

In It Chapter Two, directed by Andy Muschietti, twenty-seven years have passed since that fateful summer in 1989.  The entirety of The Losers Club, except for Mike Hanlon, have gone to other parts of the country and forgotten all about the horrors of their childhood.  When children begin to disappear once again, Mike reaches out to each one of his old friends and asks them to return to Derry to fulfill the promise they made before they left, in the hope that together they can finally put an end to Pennywise once and for all.

The simplest explanation I can give for the premise is that a group of adults with unresolved trauma in their past use their collective resources to face an even greater threat to their lives and the lives of future generations.  Trauma is a disease that gradually eats away at you mentally and eventually physically over many years.  No matter how much you ignore it, it affects every part of you and the people around you.  Until you face those demons, you’ll never be truly at peace.  As I describe this aspect of the movie, it can seem kind of dry and uninteresting compared to the fun, free-wheeling lives of the younger Losers Club.  It takes a special kind of story to turn this familiar drama into a journey filled with unpredictable frights and hilarious encounters.  It also takes another memorable cast of actors.

The new cast consists of James McAvoy as Bill, Jay Ryan as Ben, James Ransone as Eddie, Andy Bean as Stanley, Isaiah Mustafa as Mike, Bill Hader as Richie, and Jessica Chastain as Beverly.  Each actor brings something interesting to their character.  I can’t say if their characters evolved from their trauma because their memories were effectively wiped of those moments that bound them together as a group.  Instead they seemed to exhibit habits, good or bad, that defined them as children.  If they masked their pain with humor, they doubled down and became a stand-up comedian.  If they survived an abusive parent, they unfortunately found themselves in similar romantic relationships.  Ben Hanscom probably changed the most and overcame all his insecurities to become a successful architect.

I enjoyed all of Bill Hader’s little quips and subtle gestures, but I think James Ransone’s portrayal of adult Eddie is the best.  Not only is he the only one that really looks like his younger counterpart, his manic personality puts so much energy into every scene.  Adult Eddie is just as paranoid as he once was and now works as a risk analyst.  Someone who was born to assess the probability of danger.  Ransone may have had a more animated character to work with, but he puts an extra dimension into his performance that adds both levity and emotional resonance.  It pairs well with Hader’s Richie Tozier and I think that is why their pairing has the best chemistry.

Because this second chapter needs to complete the story, it tends to rush through scenes too quickly.  It’s understandable given how much time is needed to progress events, but unfortunately it can detract from an emotional or tension-building moment here and there.  Despite this issue the incredible cast helps maintain our continued investment in the film.

Another asset of It Chapter Two, besides Muschietti’s directing and Gary Dauberman’s script, is the music.  Benjamin Wallfisch returns to compose the finale to the It score.  His sweeping cinematic composition feels almost old Hollywood in style and adds a charm of fantasy to scenes that become increasingly terrifying with each breathe.  I was blown away by his original score for Chapter One and fell even more in love with his score for Shazam.  John Williams could make any okay film seem so much better with a few cleverly arranged notes.  This movie is more than okay and Wallfisch should receive as much accolade as anyone else for that achievement.

It Chapter Two succeeds just by having a captivating cast of adults.  A challenge considering how wonderful the young cast was and is.  I struggled sometimes to want to remain in the present whenever we were thrust into a flashback scene because the kids are so much fun on screen.  The chemistry they developed can’t be replicated.  The adults consist of many A-list actors who, through no fault of their own, cannot gel together as well as a bunch of unknown kids hungry to prove themselves and excited to relive the best summer of their lives in front of a camera.  Still I was eager to get to the denouement and that is where Chapter Two succeeds once more.

Stephen King is known for having fantastic stories with half-baked endings.  I’ve read a few of his bigger novels.  I found myself scratching my head at some of the deus ex machina finales.  I did not read the It novel, so I don’t know how close this adaptation got to depicting the ending accurately.  What I can say is that the ending is a far more satisfying payoff then the one we got in 1990.  A low bar I know but fear not because the scares are aplenty.  I would even go so far as to say that this ending makes me wish Andy Muschietti had directed the Nightmare on Elm Street remake.  I count this film among a handful of theatrical experiences where I was disturbed, enthralled, heartbroken, and enjoyed every minute of it.

It Chapter Two is a satisfying final installment in the franchise; ending this traumatic adventure of clown horror with a shower of blood-soaked confetti and sentimental wisdom.  I lament that we don’t get nearly enough of these outstanding actors, but what little we do get is worth every second.  Jessica Chastain and James McAvoy are excellent as always.  Isaiah Mustafa brings out the Mike character even further.  I wished the script gave Jay Ryan more to do.  He delivers more towards the end, but up until then you hardly notice him.  Bill Hader and Finn Wolfward flesh out Richie Tozier into one of the most nuanced characters of the whole group.  They both add depth and emotional range that transcends the material they’re given.  In any other movie I think I would hand them the prize of best performance, but I give that honor to James Ransone, with special consideration to Jack Dylan Grazer.  His unhinged personality is the highlight.  He takes the humor, charm, and sensible observation of their situation to new levels.  This movie is equal parts real and surreal and I believe Ransone and Grazer found that perfect balance in-between.

I recommend taking your friends and family to see this movie in theaters.  Although I’ll leave it to you to determine what kind of scares they can endure.  Some are more violent than others.  I consider this one of the best Stephen King adaptations so far and I don’t base that on how scary the movie is.  I base it on how well the story was executed.  Muschietti, Dauberman, Wallfisch, and the cast and crew stick the landing.  I also like horror movies that impart wisdom and provide valuable life lessons.  It’s never too late to face your fears, confront your worst insecurities, and find solace in the help of good friends.  Also focus on the floats that don’t kill you.  Root beer floats for instance.  Or parade floats.  I can’t guarantee they won’t kill you, but your odds are better.

About It Chapter Two

Synopsis:  Twenty-seven years after their first encounter with the terrifying Pennywise, the Losers Club have grown up and moved away, until a devastating phone call brings them back.