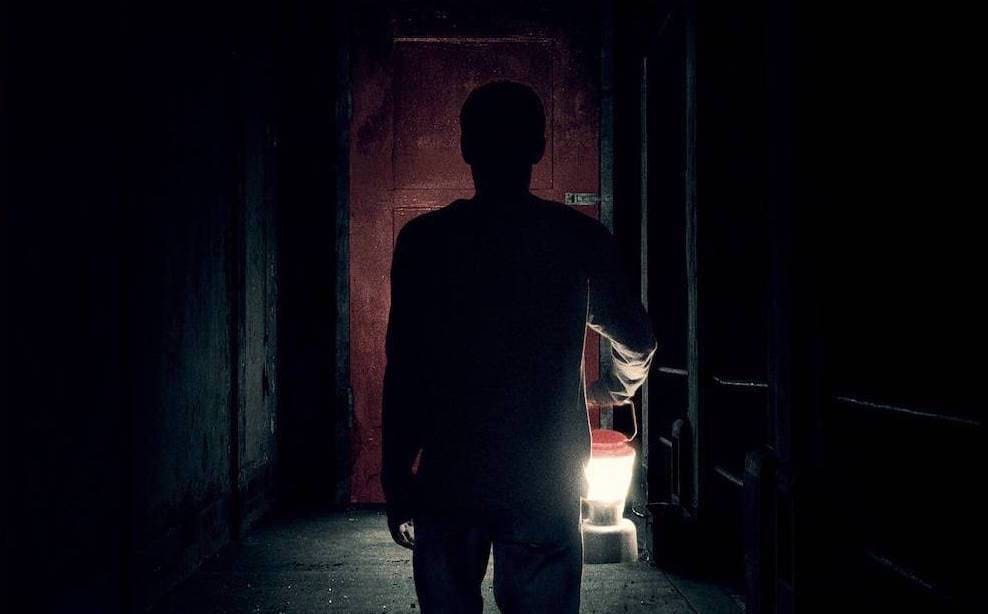 Apocalypse settings are a fun template for any film.  They can be because of anything.  Zombies, aliens, viral infections, solar flares, mist, or time travel has gone wrong.  What these type of stories offer the writer is a chance to take the world we know and give it a twisted reinterpretation.  Tweak a few things here and there or just flip the game board over and start from scratch, but leaving us with a subtle sense of familiarity.  It may seem insane to us, but for the characters, it’s the only world they know and they have to deal with it.  Sometimes the decisions they are forced to make have drastic consequences and that’s where the story really takes off.  Is there a way out of this situation or is the idea of safety and security so impossible that we peel away at our own humanity and destroy everything and everyone just to survive?  It’s fun questions like this that make the ‘all hope is lost’ premise so enjoyable.

In It Comes At Night, written and directed by Trey Edward Shults, Paul(Joel Edgerton) and his family are living in a large home in the forest, far away from any town or city.  His wife Sarah(Carmen Ejogo) and son Travis(Kelvin Harrison Jr.) have joined Paul in the woods in order to escape a mysterious, deadly illness that is plaguing the planet.  The illness tends to progress quicker in the evening and is highly contagious.  Joel has taken precautions to ensure his family’s safety, quarantining sections of the house and restricting movement around the perimeter.  When a stranger arrives near their home, they must decide if helping him is worth putting their lives at risk.  With so little resources to go around, the threat of violence looms overhead.  Sometimes paranoia and suspicion are justifiable and to be expected.

The first thing that caught my eye initially was the cinematography.  There are some really beautiful shots in this movie that I would frame and hang on my wall.  When paired with the music, which I also enjoyed, it provided the appropriate tone and atmosphere for our characters and immediately brought me into their world.  Some of the scenes make you feel as if your dreaming, but then something happens to immediately bring you back to reality.  It’s the back and forth of these visual presentations that maintains the unease throughout the movie.  It also compliments the performances and enhances their moments.

Speaking of the performances, I am always excited to see Joel Edgerton on screen because he has so much nuance to his acting and can make you only see the character he’s created and nothing else.  I also was impressed by Kelvin Harrison Jr., who played Travis.  His scenes added that unique perspective that only a teenager or young child could have provided.  The way he portrays someone who is clearly sexually frustrated, lonely and craving stimulation are captivating.  I actually gravitated to his scenes more than Edgerton’s and kind of wished the movie was entirely from his perspective.  Carmen Ejogo also complimented the film well but could have used more scenes to round out her character.

While the premise, the cinematography, and the acting were engaging and brilliant, there were parts that severely lacked for me.  I thought the story overall needed more fleshing out.  It felt too much like a short story that was stretched out too far.  I’m ok with the movie not explaining the illness that is killing everybody or providing any flashback to show when it all begin because it’s good to just jump into the middle of something and find your way through it.  I just didn’t feel like I got a complete story or one that warranted a feature length runtime.  I also felt like there were inconsistencies with how the illness or disease was handled in the movie.  There were times when they took extra precautions to stay clean and sterile and other times where they took unnecessary risks.  I know it shouldn’t be my primary focus, which it wasn’t, but it was a distraction.  The psychological elements of the story kept me moving along though.

It Comes At Night is a decent little film with some good scares, aided by the occasional well-placed sound effect.  It has great performances and is visually stunning.  It’s definitely a slow intensity, or slow burn, horror film; so don’t expect it to get you right away.  I don’t think the ending is much of a payoff, but hopefully, the journey offers more of a reward for you.  If anything it does teach us to always wash our hands.  This actually might be a good double feature with the film It Follows.  I don’t know but somehow I think those two slow intensity films could work well together.  Especially since in both cases we don’t actually know what “It” is.  Probably not a clown.  That’s in September.

[It Comes at Night]: [yasr_overall_rating size=”large”]

About It Comes at Night

Synopsis: Secure within a desolate home as an unnatural threat terrorizes the world, a man has established a tenuous domestic order with his wife and son, but this will soon be put to test when a desperate young family arrives seeking refuge.