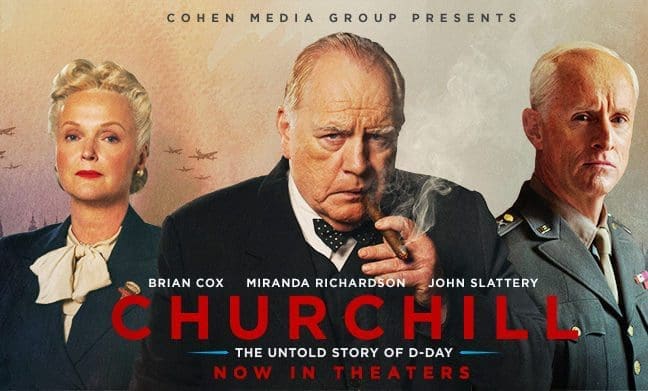 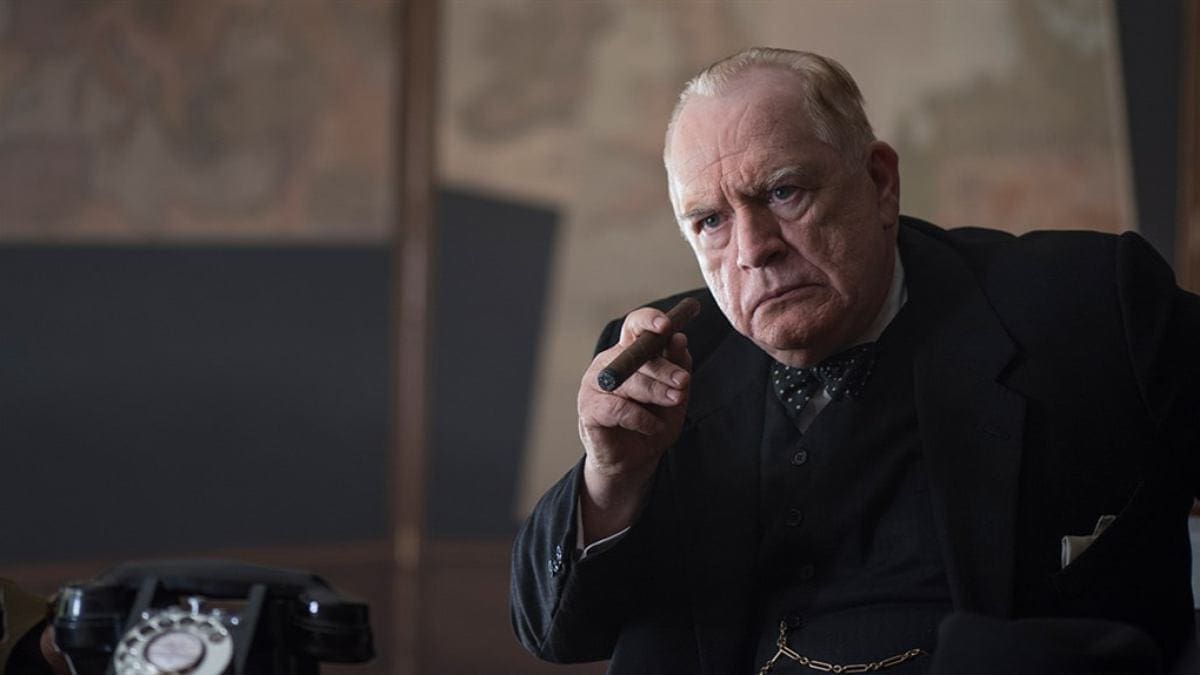 In a year where several films will be released centering around the life of Winston Churchill, Jonathan Teplitzky’s Churchill is a lackluster entry. While Brian Cox shines in the titular role, not much else can be said about this overly ambitious but faulty film.

This historical biopic focuses on the days leading up to June 6, 1944, “D-Day” and Churchill’s adamant opposition to Operation “Overlord.” As he sees it, the launch on Normandy will be a massive disaster that ends in huge casualties and the Allies losing the war. He is, of course, on the wrong side of history and it takes the entire film for him to arrive at this conclusion, thus creating a repetitive series of scenes that do not drive the conflict forward but stalled in its tracks. As he sees it, he is the only one speaking up for the “common men fighting” and for the most part, his concerns are warranted. Normandy was one of the darkest days of World War II, but it also led to Allies victory.

In reality, Churchill had come to the decision to support the invasion of Normandy several days prior to the event and his famous passionate radio speech that roused the troops was his decision. In this film, he is goaded into the speech, that his ferocious opposition continued up to D-Day, and his patriotic speech was his own defeat. It’s an interesting perspective on the English “bulldog” who is credited for much of the victory of the Allies, but it’s a hard pill to swallow for anyone who has studied World War II history. 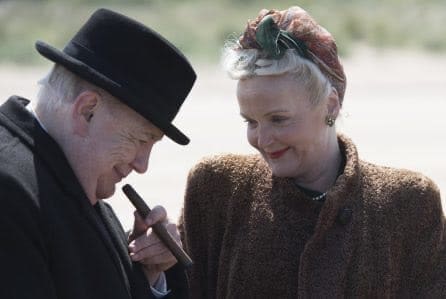 The film attempts to display Churchill’s fight with depression, as he called it, “the black dog” and his crumbling marriage to Clementine (played by Miranda Richardson.) Her no-nonsense approach to Winston’s stubbornness shines a light on her frustration with him and the rising despair she feels as the Allied World leaders attempt to marginalize Churchill and his vocal opposition.  The film tries to show Churchill’s deep-seated guilt of his role in World War I and how it plays into his decision against Normandy. However, their opening scene, which places him on a beach where he imagines the tide washing blood onto the sand, is a bit too on the nose and sets up the film to be the same.

Stylistically, the film is a bit pompous and obvious in its attempts to show the inner demons of such an enigmatic leader.  Brian Cox, who put on weight to play to role, is a high point for the film. He is reckless and thick skinned, but shows the characters compassion and pain. But he can only work with so much and the screenplay by Alex von Tunzelmann, falls short in its attempt to humanize such an iconic figure. His wrestle with alcoholism and depression is written more like a series of bad flashbacks than a real emotional connection with the audience. Brian Cox does his best to convey the darker side of Churchill, but often it comes across as gimmicky through no fault of his own.

The supporting cast does well with their respective roles considering the material they are working with. John Slattery performs well as the clashing Dwight D. Eisenhower to Brian Cox’s Churchill and scenes between the two men are engaging. Miranda Richardson’s portrayal of his exasperated wife works in the context of the story but for most of the rest of the cast, they seem to just be going through the motions.

Overall Churchill is a bit of a snooze-fest as the conflict of his decision is not enough to keep the audience engaged. While Brian Cox is commendable in his portrayal, the film seems a bit heavy handed in its symbolism and characterization.  The film’s ambition, much like it’s protagonist, got in its own way of success, and while it tries to show the weight of Churchill’s decision, it ends up showing him as a fool in the wrong. It’s heartbreaking to see such an incredible historical figure as a man who is standing against what needs to be done. At least his intentions were compassionate which is the silver lining in all of this.

Synopsis:  A ticking-clock thriller following Winston Churchill in the 96 hours before D-Day.