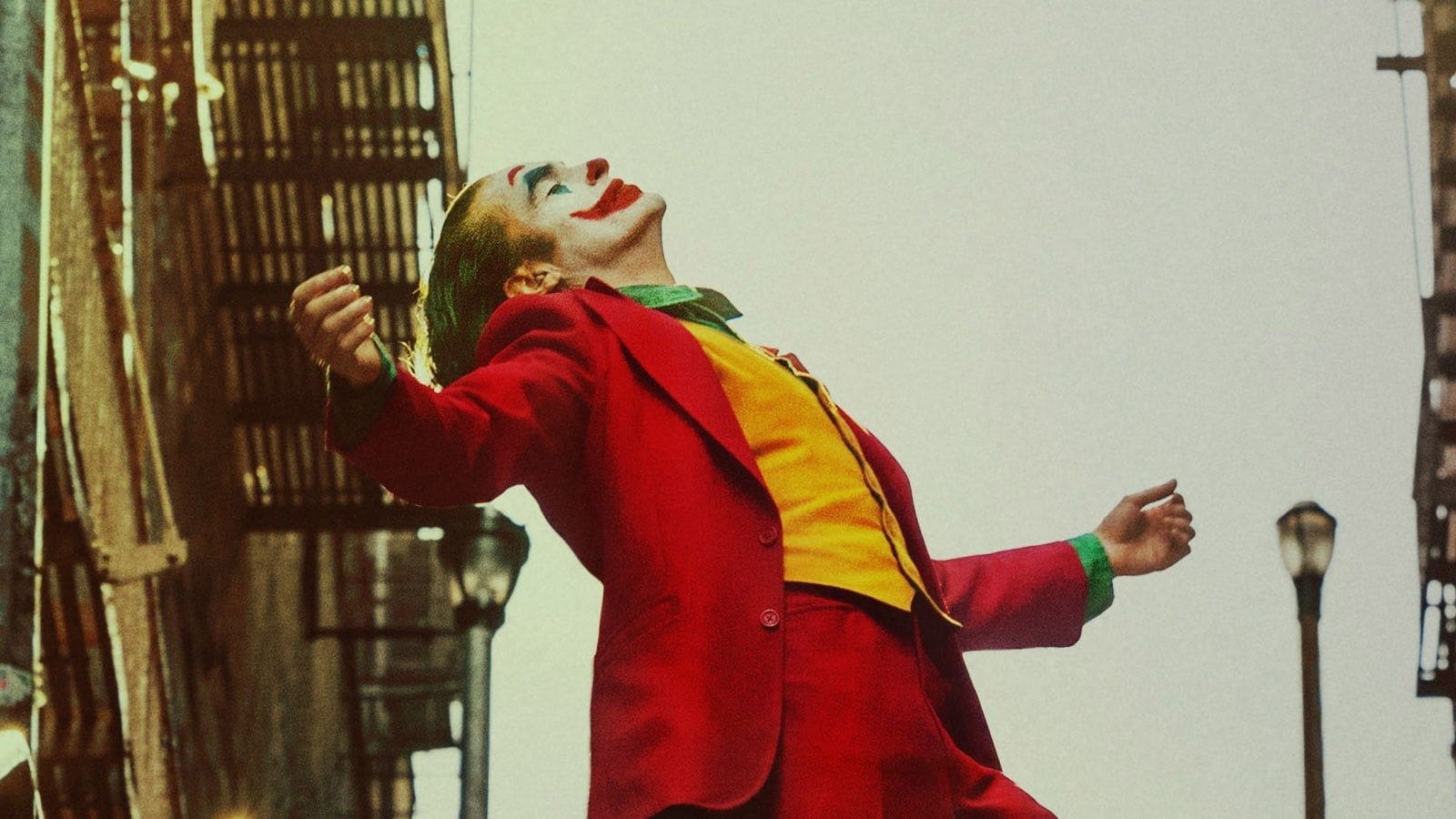 The comic book genre continues to evolve as filmmakers and studios take chances delving into more character-driven stories. Steering away from the world-ending, cataclysmic agendas of bigger-than-life villains allows a movie to focus its attention on nuanced ideas and expand upon the small world those ideas inhabit. The more time we can be enveloped by the environment that is presented to us, the more we can empathize with our main character.

How that character chooses to handle the situations that are thrust upon them can elicit an intense emotional response from us. We’ve begun to remove our sense of security and allowed this stranger to lead us into the unknown. We let directors do this all the time without a second thought. Introduce a pleasant person or family with a relatable background and then pull the rug from under us.

It’s only when we slowly anticipate the dark edges of a psychological betrayal that we retreat and hope that a swift, positive resolution is imminent. Granted this scenario doesn’t apply to all stories with multi-faceted characters. Many of them are full of conflict, emotional turmoil, and never touch upon the abnormal impulses of humanity. You might not imagine those dark edges existing in say a Disney or Pixar film, but they are there if you search them out. Adults have more fun discovering them, but I suppose a child of trauma or early maturity will as well.

When the next Avengers movie comes out, I’ll be first or second-in-line. Put out another Logan and I’ll be there too. If the story doesn’t exist on paper yet, but a screenwriter finds an idea and builds something great with it, I’ll be excited no matter where it goes or what it’s about. So what about the Joker? The most famous of the Batman villains. How does one begin to find the right story to tell from his point of view? I think the easy way out would be to let the laughs fly and fly hard. Let chaos reign over the whole enterprise until a winged hero arrives at the final moment to put everything back together. It’s been done on TV and film with great success.

Would that be worth an actor’s time? Treading through waters that have become murky with familiarity. No I think the better plan would be to forgo any preconceived ideas about the Joker. Who he is and who his enemy should be. What if the best way to take on a story like this, that doesn’t have a definitive backstory, is to take us through a mind at war with itself. A mind so deluged with misery and pain that it can’t do anything in response but laugh.

In Joker, directed by Todd Phillips, Arthur Fleck (Joaquin Phoenix) is a working clown in early 1980’s Gotham City. Donning the traditional makeup and outfit, he takes jobs such as promoting bargain sales outside appliance stores and entertaining children at hospitals. It’s a cheery occupation in a rather bleak place. Gotham City is going through an economic crisis and jobs are disappearing. Criminals and thugs take advantage of the less fortunate. Arthur notices all of these problems and tries to make sense of it by writing in his notebook and talking to his state-issued psychiatrist. He also hopes to become a famous stand-up comedian and to one day appear on Live! with Murray Franklin (Robert De Niro).

Arthur is a man filled with despair, but despite this he continues to work and look after his mother (Frances Conroy). His slender physique is starved of nourishment and solace. His face is sunken and deprived of joy, except for a distinct affliction he suffers from. It causes him to laugh in very unexpected situations. It’s a laugh that is coated with torment. Torment for the one laughing, but also the one listening. You don’t know when it will happen and when it will stop happening. After a series of setbacks, Arthur is forced to confront many hard truths. For the first time in his life, he must put his passion and desires to use and find meaning in a meaningless existence.

You can’t help but be intrigued by a movie that tries to entertain you with half an act. The Joker without the Batman? How absurd. What would we have to gain from watching a villain take center stage for two hours without relinquishing the spotlight. Thanos or Venom wouldn’t have a problem with that. But let’s take the word villain out of the equation. What we have at first glance is a deeply flawed individual. He is surrounded by poverty and moral ambiguity, social awkwardness is a default, he lives with his mother, who requires constant care and attention, and he can count his friends on one finger.

As the tension builds up throughout the story, Arthur’s actions become more intense and that is when you begin to see that, even though there are outside forces that he must do battle with, the real conflict is within Arthur himself. His coping mechanism is medication, but eventually his ability to process the world he perceives as unjust evolves and mutates into an untenable force of determination. It’s this determination that yields the most unexpected behavior and shines a light on the dark edges I spoke of earlier.

Todd Phillips certainly appreciates the character pieces of Martin Scorcese, particularly Taxi Driver and King of Comedy. The time period, production design, style of humor, and claustrophobic atmosphere all pay homage to an early-era Scorcese. What this movie does with that palate is pretty remarkable. It enhances the scenes and provides a surreal element that still feels close to home.

Setting it in the late 70’s, early 80’s also helps to separate it from other DC properties out today. With the exception of a few faint references, and one or two big ones, I forget all about this movie’s comic book influence. Another creative choice I applaud Phillips for making. It doesn’t betray the Joker character to take so much out because the basic core of his persona still remains. The ideas that provoke a Joker into reality are ever apparent.

You want to push away from Arthur at times, but he draws you back in with that manic cackle and shifting facial expression. It evokes nervous laughter that will both confuse you and entice you. Much credit for that performance goes to Joaquin Phoenix. His energy on screen is tremendous. He is one of the most talented actors working today and this is one of his best. I can’t imagine award voters overlooking him.

Another noteworthy piece to this cinematic puzzle is the music. Composed by Hildur Guðnadóttir, the score further enhances the emotions that Arthur conveys to the audience. It becomes playful when Arthur fantasizes and ruminates and strikes a piercing tone of disquiet when things are at their worst. I think a film like this that melds reality and fantasy so seamlessly needs a strong composition to help carry the narrative. It also helps to temper the emotional blow in several scenes.

I am not an expert on mental illness, but I think Joker portrays the subject in a meaningful way. Not necessarily the behavior patterns of someone with mental illness, because that can vary from person to person and be based on a variety of factors both internal and external. Now what I find fascinating is how the idea of mental illness is shown like many problems in society. It is a hidden problem. Whether we personally don’t ignore it, it gets ignored through poorly funded programs and careless budget recommendations. If not properly communicated, it can be treated by others as something to be made fun of.

In a fictitious city like Gotham, the fact that economic strife is shown as a catalyst for the negative outcomes of many mentally ill citizens is very telling. I’m sure the treatment of the mentally ill 100 years ago compared to now is night and day, but the gambling of their well-being on an arbitrary amount of money doesn’t make it any better. Strangely enough while I didn’t identify with Arthur or his motivations, I definitely got his sense of humor. It’s a messed up world and making sense of it is oftentimes futile; so sometimes you need to find your own sense first before you can reconcile the two realities. Also seek professional help whenever possible.

Joker is an intense, brilliant picture. The direction, editing, music, acting, and production design are all on point. It is as far removed from the Batman mythos as it can be without abandoning it entirely. Joaquin Phoenix gives a powerful performance that stays with you long after his smile fades to black. I’ll never forget his signature laughter. Every other actor has a small role in this movie, but each one is terrific and plays a huge part in the overall story. I think Frances Conroy as Arthur’s mother brought out an extra dimension in Phoenix’s performance. The only other person I could say that has any substantial screentime is Robert De Niro. His talk show character, with his smooth personality and polished material, is something to watch. It’s a good juxtaposition with Phoenix’s nerve-rattled stand-up act. I’ll also give a small mention to Arthur’s notebook.

I will only recommend this movie if you can find entertainment from watching a man go to places that make you squirm. The beauty of mental destruction with violent results is not for everyone, as evidenced by the protests of groups who haven’t seen the movie yet. If this film is conveying a message at all, and I think that is up to the viewer, it’s that you shouldn’t leave things unresolved. If we allow our problems to linger and fester, they will find a way to ruin the parts of us that are still functioning. I could write a whole other article about the imagery and context inherent in each scene because I’m still trying to grasp what I saw, but what I experienced was nothing short of a work of art. Not bad for a movie about a clown.

Synopsis: A gritty character study of Arthur Fleck, a man disregarded by society.