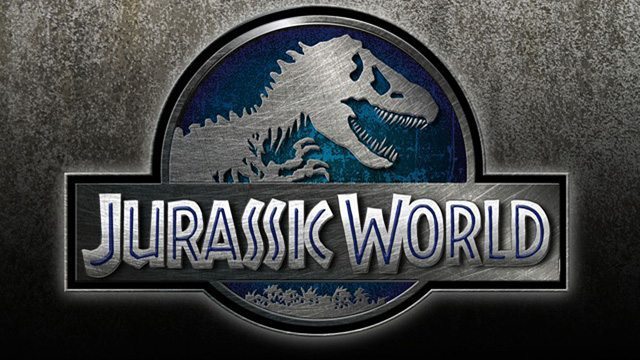 Most people have fond memories of the original Jurassic Park. It’s a classic that has stood the test of time, and even watching the blu-ray release just a few weeks ago, it looks good. The magic was still there and this wasn’t just nostalgia talking. Show the original Jurassic Park to just about anyone for the first time and most will agree it’s a great movie, even in 2015. Director Colin Trevorrow and writers Rick Jaffa and Amanda Silver knew this, and they crafted a movie that could almost be called a remake of the original.

Technically speaking Jurassic World is a direct sequel to the original Jurassic Park. It picks up 22 years after the events of the first film, on the same island, with a theme park that has been operating without incident for 10 years. However, almost every single story element here is beat-for-beat what you saw in the original film. It’s two siblings away from their parents, one dinosaur expert, one malicious guy, and lots of bad decisions about how to handle prehistoric predators.

Chris Pratt plays ex-Navy turned raptor trainer, Owen. He is the heart and soul of this film and plays a mixture of the Dr. Alan Grant (Sam Neill) and Dr. Ellie Sattler (Laura Dern) roles from the original film, with a little bit of Robert Muldoon’s (Bob Peck) expert hunting abilities tossed in for good measure. He’s the guy that cares about the dinosaurs and warns the people making decisions that this may not be the best idea. He’s really the only person you truly care about while watching Jurassic World.

Bryce Dallas Howard takes on the role of Claire, who is essentially in charge of the park. She’s a no nonsense business woman who is all about control. She’s a rigid character throughout most of the film, but she does start to soften up a bit as we near the end of her character arc. She doesn’t add much to the film, but Claire’s the general link to having the children there as she’s their aunt.

The children are nowhere near as lovable as Lex (Ariana Richards) and Tim Murphy (Joseph Mazzello) from the original. Gray (Ty Simpkins) is the younger brother who is almost a carbon copy of the Tim Murphy character from the original. He’s a young boy who has a lot of knowledge and is even referred to as a genius at one point in the film. Suffice to say, he’s a smart kid that knows more about the dinosaurs than most of the other people in the film. The older brother, Zach (Nick Robinson), cares more about girls than a 10-year-old park full of dinosaurs.

For all of the effort Ty Simpkins puts into recreating Joseph Mazzello’s performance, it’s lost with everything Nick Robinson does as the older brother. The emotional attachment just isn’t there because we’re never really given time to like these kids, especially the older brother. The interactions between Lex and Tim Murphy in the original caused the audience to really care about these characters. That’s simply not the case in Jurassic World. You don’t expect them to die because they’re children, but most people wouldn’t really get all that emotional in the case that they die (not going to spoil anything).

Nitpicking aside, the people behind Jurassic World sought out to make a film that would rival the original. Using direct parallels to Jurassic Park was a good idea, and it works well enough to make Jurassic World better than both The Lost World: Jurassic Park and Jurassic Park III. There’s more dinosaur action here, plus you get to see a variety of air, water and land-based dinosaurs that took three films to see the first time around.

What’s missing from Jurassic World is the sense of wonder and the heart found in the original. Dr. Alan Grant was charming, and his relationship with Ellie and the two kids was one of the highlights of the movie. His character evolution from rigid researcher to actually caring about the children was very important to the emotional draw of Jurassic Park. That evolution belongs to Claire in this movie, but because she lacks the charm of Alan Grant, the emotional attachment simply isn’t there.

When it comes down to it, everyone in Jurassic World could die except for Chris Pratt’s character and the new park owner, Simon Masrani (Irrfan Khan), and you probably wouldn’t care all that much. That’s not to say the movie is bad, but it’s missing the magic that made the original so appealing.

Standing on its own, Jurassic World is a fun adventure through the new theme park. There are a few instances that feel a bit too convenient and some things that just don’t make sense, such as the ability to start a 22-year-old car without fresh oil or gas. There are also just enough throwbacks to the original film that you feel the nostalgia, but not enough to become overbearing. It as a little bit of everything from the first three films, with an emphasis on the original.

Director Colin Trevorrow and his team did a great job updating the franchise for a 2015 audience. The same people who think a Michael Bay Transformers movie is good, may even think Jurassic World is better than the original. There’s more action, but less heart, and that’s where movies are headed these days. For die-hard fans of the original, Jurassic World won’t top Jurassic Park, but it does a very good job as a direct sequel.