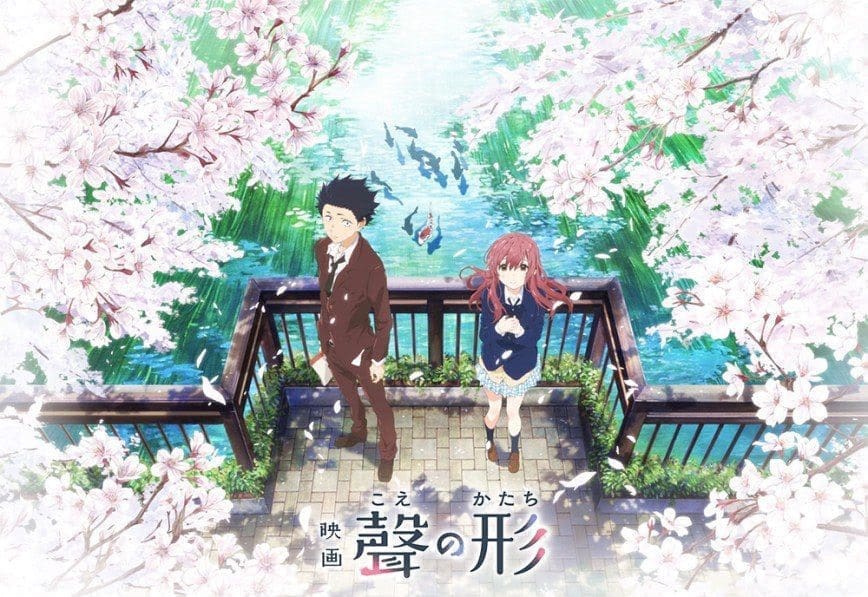 About Koe no Katachi

There are a few shows that have the effect on us that, when we finish, there’s a void. Something that the show or movie was so remarkable at, that it takes a piece of us as we sit at blank credits rolling just to process everything. Naruto, Clannad, Your Lie in April, and Your Name, are but a few examples of this phenomenon. The writing, themes, and other factors of the shows are what capture our hearts and minds as they take us through wild rides of emotion all throughout their running. Koe no Katachi is no exception and it is a show that earns its spot among famous titles such as these.

The show revolves around Shouya Ishida, a young man beginning in 6th grade who is the center of attention and of popularity at his middle school. When Shouko Nishimiya joins his class, they are quick to find out that she is deaf and is quickly bombarded with questions and adolescent angst as they attempt to communicate and get to know Shouko. As with many children who are different in middle school, she is quickly the subject to bullying, the main perpetrator being Shouya. Eventually, she leaves the school, and after being called out by his teacher, Shouya is quick to throw his “friends” under the bus. Quickly they turn on him and he is found with the shoe on the other fit, now is the main target of bullying throughout his middle school and even his “friends” turning on him and becoming the main perpetrators. The story then moves forward to high school years where Shouya begins to look for redemption all while battling his own self-guilt, depression, and many other adversities.

The characters, for the most part, were extremely well written. They portray the adolescent mind sets very well and are explored with enough depth on the whole. This leads to two different categories, however and one of the only complaints I have about the show. The main characters, Shouya and Shouko, are absolutely fabulously written. It is very easy to align with the characters and they each have their own distinct personalities that aren’t very cookie-cutter. You can visually and emotionally see the characters grow and develop as they move through the story.

All of this does seem like praise, but again, there are gripes. The supporting cast is overall good. However, they lack a little bit of development that the main characters got. Naturally, being supporting characters, they should get less screen time, however, with the movie being around 2 hrs and 15 minutes, more time could have been spent expanding on them as some of the characters magically come to a resolution or even randomly appear.

There is really not much to say. The animation is absolutely top quality. I expect nothing less from Kyoto Animation. They, along with production studios like A1 Pictures, Mad House, Bones, and ufotable, consistently make top notch animation. Koe no Katachi is no exception. The colors and style are amazing and very reflective of the movie itself, animations are clean and crisp, and overall visuals are breathtaking.

The voice acting is phenomenal. Miyu Irino (Shouya Ishida) has a very long pedigree that includes being in shows like the Code Geass movies (Akito Hyuuga), Fate/Zero (Kiritsugu Emiya), and Owari no Seraph (Yuuichirou Hyakuya) as well as a plethora of other supporting characters in a very long pedigree.

Similarly, Saori Hayami (Shouko Nishimiya) has a similar, impressive, list of works. Akagami no Shirayuki-hime (Shirayuki), Ano Hi Mita Hana no Namae wo Bokutachi wa Mada Shiranai (Chiriko Tsurumi), and Yahari Ore no Seishun Love Comedy wa Machigatteiru (Yukino Yukinoshita) among her works. Following both of their successes, they have worked together to make a large number of great shows and passing back and forth being main characters as well as supporting.

The music was very well timed. It was subtle but did a good job at reflecting the mood. Although there weren’t really any tracks that immediately make you start singing them, the overall music was well done. Kensuke Ushio has a very short list of shows which he has worked on, but overall, this is a very positive note he leaves for his career and is a good indication that his works will be much well known in the future.

This is where I give more of a personal spin on Koe no Katachi.

It was hands down one of the greatest anime I have ever seen. The visuals, music, and ambiance all match together magically, but more so, was the themes and the issues touched upon the show that would be avoided by many media mediums, including western shows. It is extremely heavy in showing the fallout of bullying, shows very well how depression can effect an adolescents life, as well as touching on teen suicide and how social pressure can affect their minds. It teaches about maturity, parenting, tragedies, bystanders, the list goes on an on. It teaches about life in one the most realistic and intimate ways possible. It carries you on an emotional roller coaster of anger, sadness, laughter, pity. It’s a show that does not know when to stop hitting you with the emotional baseball bat. Koe no Katachi was simply a magical experience.

Overall, it’s an absolutely amazing show and I recommend it to anyone. In terms of enjoyment and meaning, it takes the top spot on my own list of favorite anime of all time, this does include my love for Fate/Zero, Your Name, and Your Lie in April. It is a show that everyone can relate on all ends of the spectrum and that you can simply get lost in the story and shear quality of the movie. It is a movie that should not be missed and be seen as soon as possible.

After a limited theatrical release worldwide, the movie can be imported from Japan as a Blu-Ray release has been put out. No date has been decided for a US release.

Synopsis: When a deaf girl, Shouko Nishimiya, moves to a new school, she is bullied by a boy, Shouya Ishida, to where she leaves. Tables turn as Shouya becomes bullied, with old friends turning their back on him. Shouya must come to deal with the past and attempt to recompense what he had done. 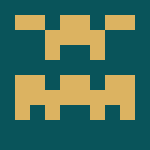