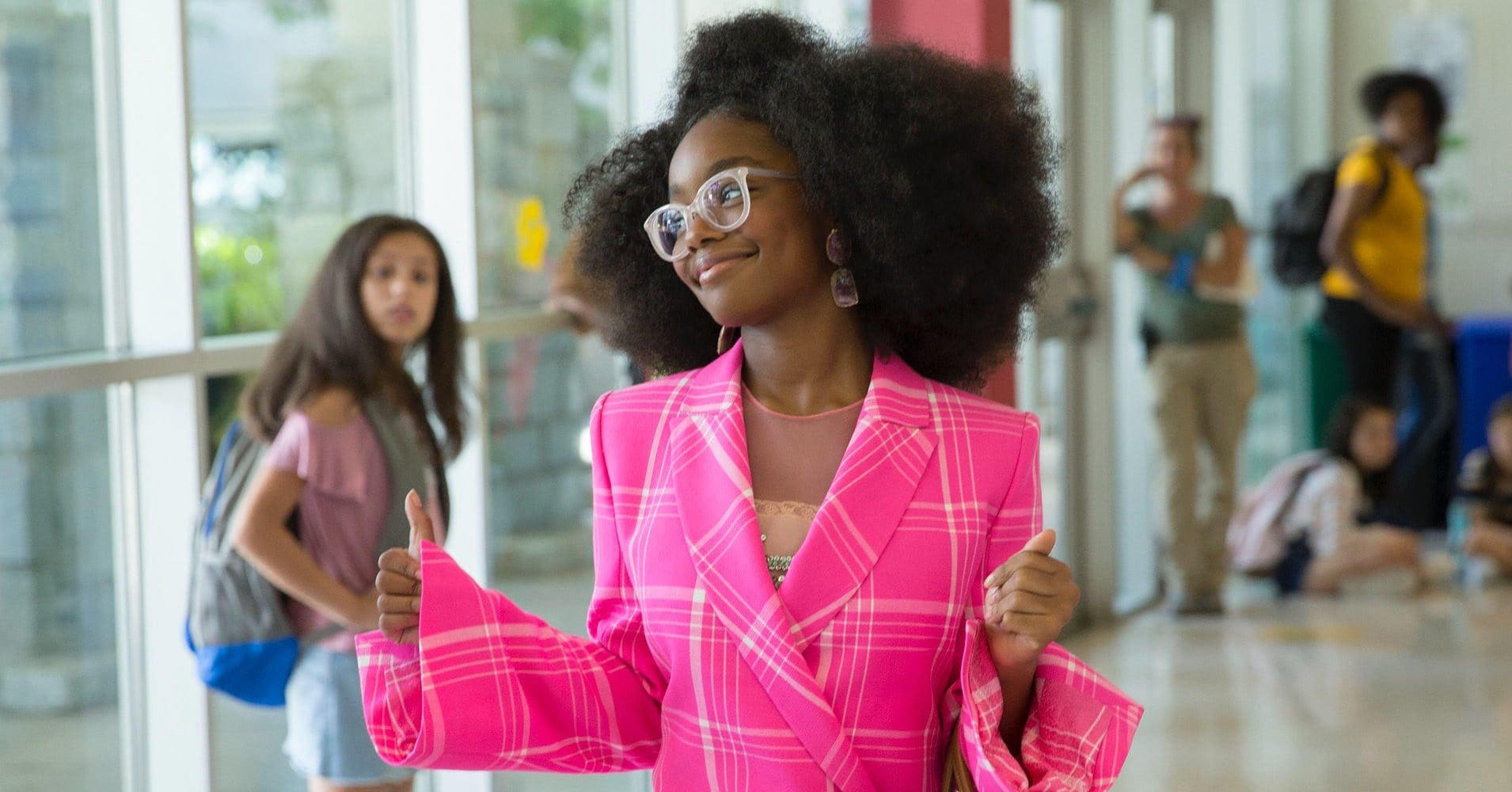 Little is not a new idea. It’s a story that has been told countless times over and in countless different ways. In some ways, Big, starring Tom Hanks, is a variation of Little. What allows Little to stand out from the cloud of similarity is Marsai Martin. The Black-ish star became the youngest producer in Hollywood when she signed on for Little. In fact, the 14-year-old stars in the film as well, and was the originator of the idea for Little. The film marks Martin’s theatrical debut, but it’s very likely this is only the beginning.

If you’ve seen films such as Big, you already have a general idea of the premise behind Little. Jordan Sanders (Regina Hall) is a fierce tech company CEO who could learn a thing or two about treating people with respect. Her assistant, April Williams (Issa Rae) takes a bulk of Sanders’ ferocity, as she strives to move up in the company. When Stevie (Marley Taylor), a little girl who was hanging around the office, casts a magical spell on Sanders, it will take the CEO back to her childhood. Sanders finds herself back in her 13-year-old body, played by Marsai Martin. With Williams as her ethical compass, she must learn what it’s like to be compassionate once again.

There isn’t much depth to the story, but the laughs come swift and hard, with a directed appeal at African American women. While there’s something for most everyone to enjoy in Little, the humor caters more toward that demographic, and skews a bit younger. Many of the middle school scenes involve references that modern middle schoolers will immediately pick up. At the same time, there are plenty of jokes that are geared more toward an adult audience.

Little feels like a film that stepped out of a time capsule. The script has a clear modern tone, but the message feels pure and fun, like an 80s coming of age film. Most of the film moves at a blistering pace, keeping the audience on their feet and engaged. There are a few points when the pace slows down to deliver a message, and these points do throw off the general rhythm of the movie, but things quickly pick up again with another huge joke.

While it’s unlikely Little will win any awards, it will keep most moviegoers thoroughly entertained for two hours, and that’s what really matters. More importantly, it offers representation for an age and ethnic background that’s been sorely absent in most Hollywood films. It’s also the theatrical launch point for Marsai Martin, who is one of the brightest rising starts in Hollywood.

Synopsis: A woman is transformed into her younger self at a point in her life when the pressures of adulthood become too much to bear.