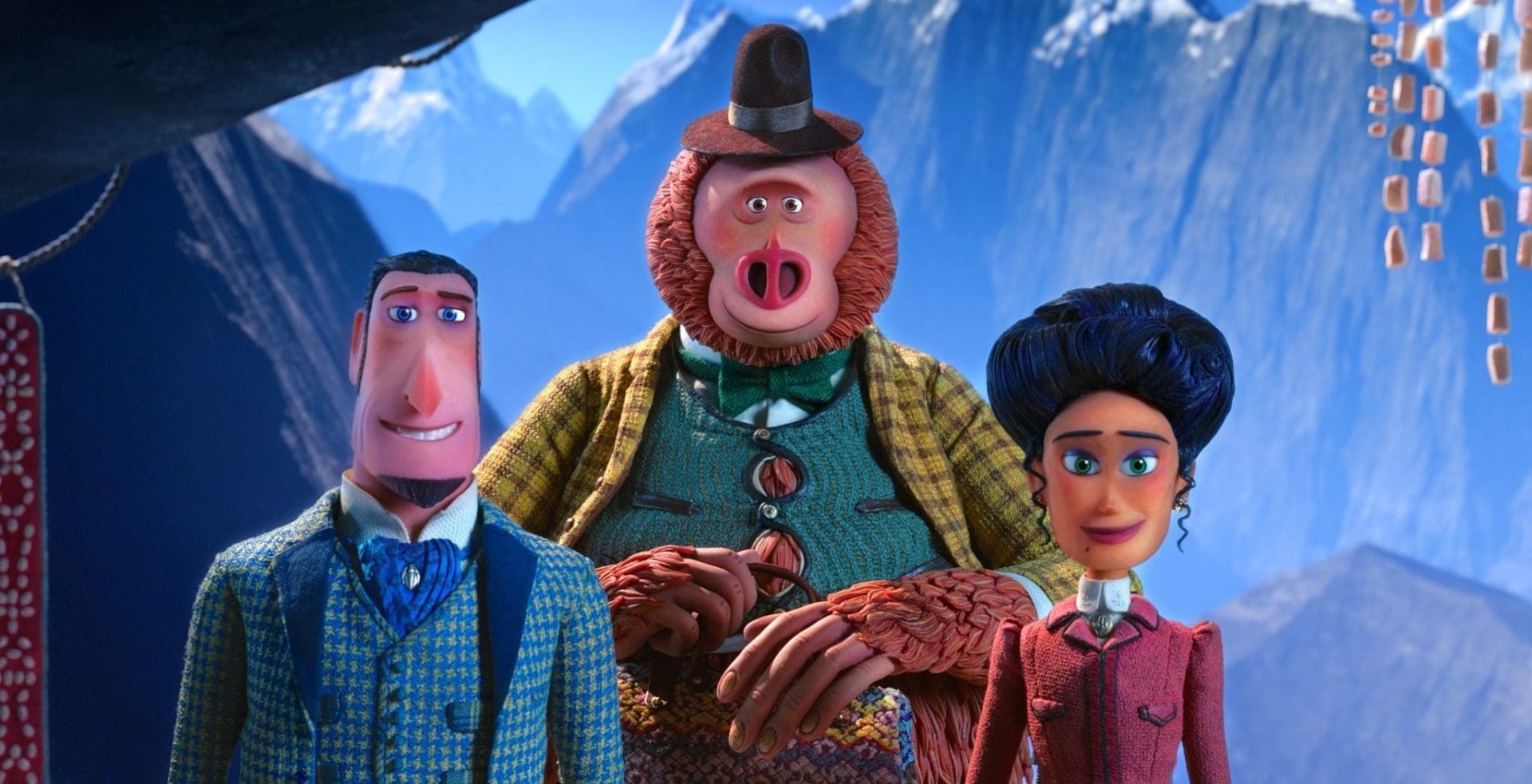 Laika is an animation film studio that specializes in stop-motion animation. They’ve been around since the late 90’s where their main focus was commercial work and short films. Then in the early 2000’s, Phil Knight (the owner of Nike, Inc.) made an investment in the studio to start producing feature-length films. 2009’s Coraline was their first production, and while it wasn’t a tremendous hit, it allowed them to keep making films in their particular style. Soon after, Laika would go on to create ParaNorman, The Boxtrolls, and Kubo and the Two Strings. Their latest creation entitled Missing Link is an homage to the stories of mythical creatures that we’ve been hearing since childhood.

Taking place in the early 1900’s, Sir Lionel Frost (Hugh Jackman) is an avid explorer who focuses on seeking out legendary monsters in order to gain acceptance into a specific explorers group. One day he receives a letter informing him that a Sasquatch has been spotted in the Pacific Northwest of the United States. Seeing this an opportunity of a lifetime, Frost ventures to that part of the world. Upon coming face-to-face with the creature, he soon realizes that the Sasquatch can talk and sent him the letter in order to assist in finding his long-lost relatives. Frost nicknames him Mr. Link (Zach Galifianakis) and together the two set out on a journey across the world to figure out where the creature actually comes from.

Even though I’ve enjoyed Laika’s other films, the trailer for Missing Link didn’t really grab me. It looked kind of generic and didn’t have the visual flair that I’m used to with their other films. Needless to say, I was a bit apprehensive on seeing it. Nevertheless, I gave them the benefit of the doubt and decided to see if my assumptions were correct or not. Well I’m glad I took a chance because the film is a pure delight from start to finish. From the over-exaggerated character designs, to the stunning landscapes and well-developed character motivations, the film is a veritable treat for both young and old.

Missing Link features top-notch vocal performances from Hugh Jackman, Zach Galifianakis, and Zoe Saldana. All three actors dive deep into their characters and are able to make them appear completely believable. Never once did their lines feel phoned in or carelessly represented in any way; which all leads to charming portrayals that left me smiling from ear to ear.

Above all else, the film is oozing with style. Whether its lush forests brimming with radiant blues and greens or manmade structures with intricate designs on each and everything tiny morsel; the attention to detail is utterly staggering. At times I felt myself paying closer and closer attention to unnecessary items on the screen just because of how much work must have been put into making them.

My only minor issue with the film is with its story. While it does divert from the standard “quest to find my family” tropes here and there, it didn’t do enough to completely subvert my expectations. At times I knew exactly what was going to happen next – which was a bit disheartening. Nonetheless, there is enough visual flair and overall charm to help me easily overlook the film’s slight misgivings. So while it might not be flawless, Missing Link is another Laika home run that I’ll highly endorse.

Synopsis: An avid explorer encounters a talking Sasquatch who is in search of his family.