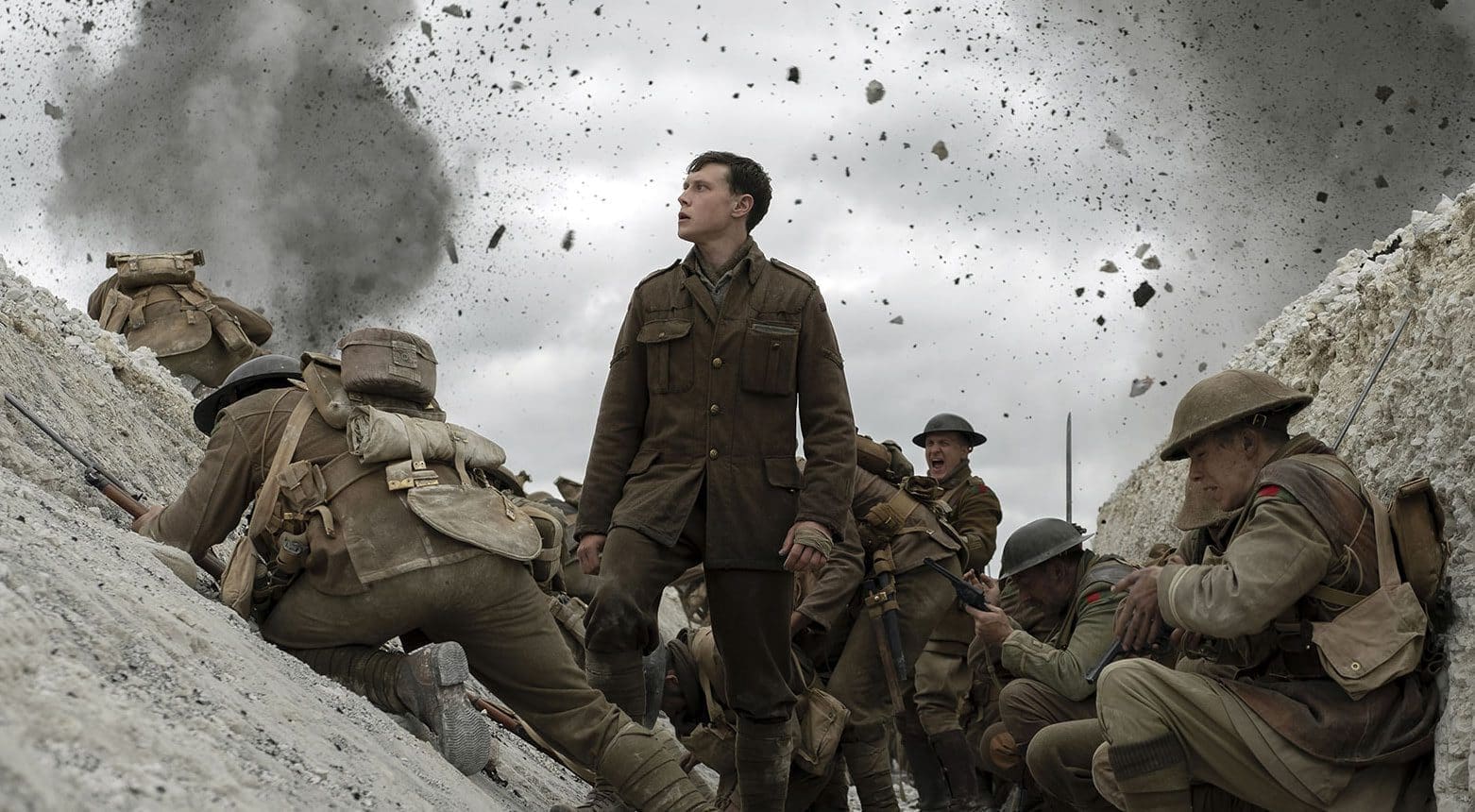 Sam Mendes is a name you may not recognize but it’s a name that’s synonymous with quality filmmaking. He was born on August 1st, 1965 in Reading, Bershire, England and attended Cambridge University. While there, he directed several plays and joined the Royal Shakespeare Company. Mendes continued on this path up until transitioning into film with his big screen debut of American Beauty in 1999. Since then he’s directed such acclaimed films as: Road to Perdition, Revolutionary Road, and Skyfall. His newest venture leads viewers into the trenches of World War I with the film 1917.

Set amongst the backdrop of northern France in 1917, the film follows two young British Soldiers – Lance Corporal Schofield (George MacKay) and Lance Corporal Blake (Dean-Charles Chapman). The man in charge – General Erinmore (Colin Firth) calls for the two men and assigns them a very dangerous mission. They must deliver a letter behind enemy lines that will stop over 1,600 fellow soldiers from heading into a fatal trap. Schofield and Blake embark on their assignment and encounter numerous obstacles along the way.

1917 is unlike any war film I have ever seen. Firstly, it’s shot in such a way that nearly the entirety of the film feels like one continuous shot. There are definitely cuts that happen throughout but they hide them in such a way that it creates a nearly seamless experience. By using this method, I felt like I was almost a participant in the journey of these men instead of a being merely a watchful observer.

In addition to the visuals, the sound design is beyond reproach. Few films get the sounds of explosions and gunshots correct. They tend to be very muted and pathetic when in reality they should be both terrifying and deafening. 1917 goes the extra mile and essentially makes them a character within the film. From the sound of a bullet ricocheting off a helmet to a soldier being blown to smithereens with a cannon shell; all of it feels authentic and helps to envelop the viewer in the horrors of the First World War.

While the spectacle aspect of the film may be the biggest highlight, the story of who the two men are also definitely comes into play. Sam Mendes does this artfully by having Schofield and Blake discuss anecdotes here and there that give the viewer a window into their lives. They aren’t merely grunts going from point A to B, but instead are three-dimensional characters that you actually care for when they run into trouble. Furthermore, both George MacKay and Dean-Charles Chapman have an undeniable rapport with one another and their friendship throughout the film feels incredibly genuine and honest.

When the experience was over and I left the theater, there wasn’t anything notable that I was even slightly critical of. Sam Mendes was able to craft an indisputably phenomenal adventure that showed off both the harsh brutality and the quiet, ponderous nature of World War I. 1917 is a film unlike anything else and seeing it in a theater is a once-in-a-lifetime type of event.

Synopsis: Two young British privates during the First World War are given an impossible mission: deliver a message deep in enemy territory that will stop 1,600 men, and one of the soldier’s brothers, from walking straight into a deadly trap.

What’s in a name? For BIRDMAN maybe an Oscar