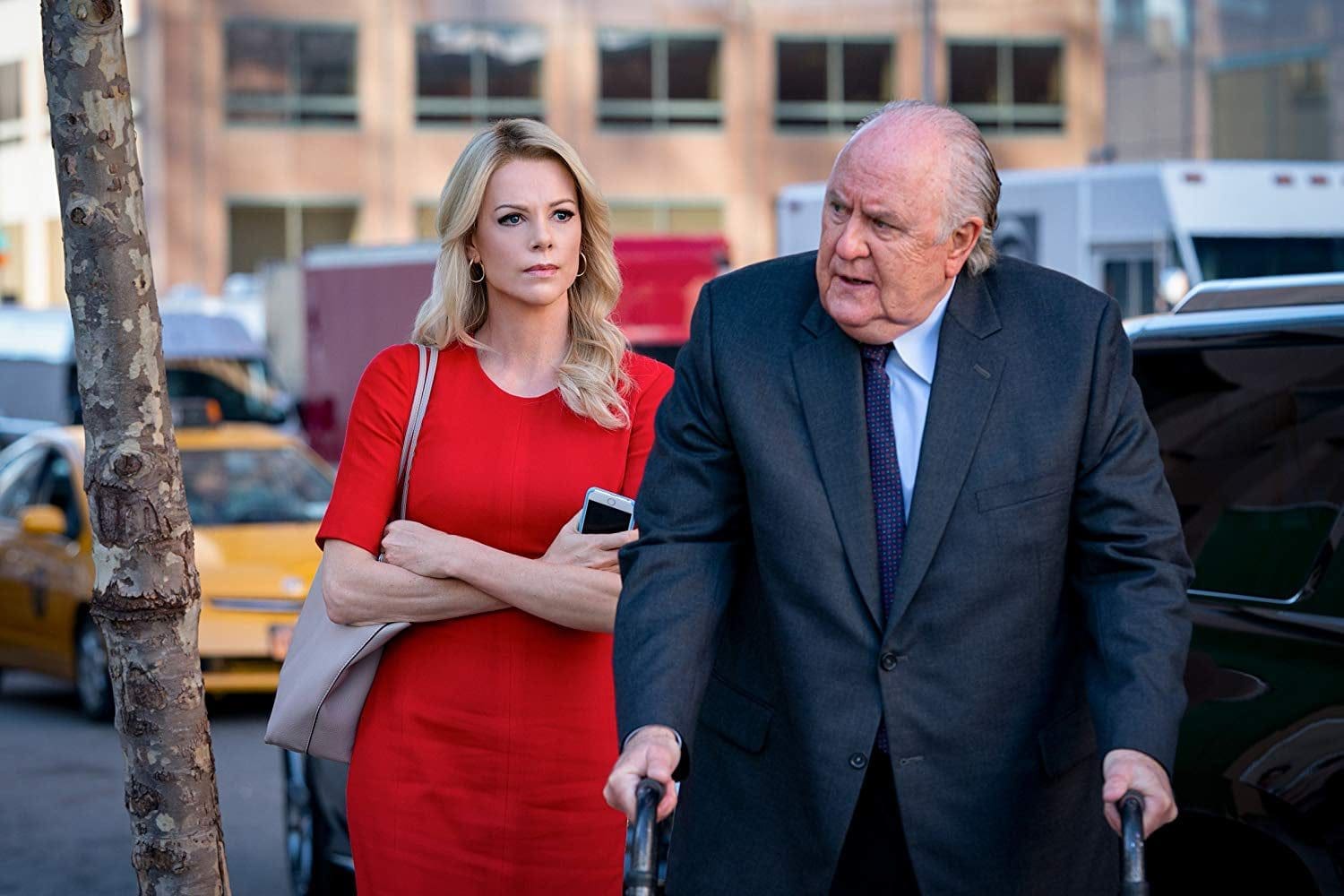 Politics and news coverage has been a very sticky subject over the last few years. Ever since the rise of social media and the twenty four hour news cycle, information overload has been more and more apparent. We can get news from many different sources with many different viewpoints that cater towards our specific opinions – both good and bad. Political figures have used media outlets to help skew their own political biases and rally crowds around their specific messages. In addition, certain people in power at news companies have leveraged that power for unlawful favors. Essentially corruption on all fronts has been around for many years but more of it has been coming to light as of late. In Jay Roach’s new film entitled Bombshell, Fox News is put in the spotlight around the time of the 2016 presidential election.

Megyn Kelly (Charlize Theron), Gretchen Carlson (Nicole Kidman) and Kayla Pospisil (Margot Robbie) all work for Fox News. Roger Ailes (John Lithgow) is the chairman and CEO of Fox News. When Carlson is abruptly fired from her anchor position at the network, she decides to sue Ailes directly due to her wrongful termination and the toxic environment he helped to create. In order for her lawsuit to move forward, more and more woman at the media outlet must overcome their fears and disclose the person Ailes really is.

Minutes before my screening for this film started, President Donald Trump was officially impeached. During the course of the film, several real media clips of him from the 2016 election are shown. So for all the true life adaptation films that I’ve reviewed, Bombshell is definitely the most currently relevant. That being said, the film brilliantly tackles the start of the Me Too movement by intensely highlighting who Roger Ailes is and how he used his position to satisfy his own revolting sexual needs. One specific scene involving Margot Robbie and John Lithgow became more and more uncomfortable as it progressed and centered itself on the female perspective better than anything else I’ve seen before. It’s a shining example of the power of cinema and how it can make you feel more empathetic towards a viewpoint completely foreign to you.

Apart from the overall narrative, both Charlize Theron and Margot Robbie give notable performances that show off their true acting abilities. Theron is nearly unrecognizable as Megyn Kelly in both physical appearance and voice and personifies her in a staggeringly realistic way. Margot Robbie on the other hand is not playing a real person but rather the embodiment of women dealing with sexual harassment. Her portrayal is unflinching and extremely vexing due to the subject matter.

While the film is an illuminating story with tremendous performances and a great sense of depth, unfortunately it’s still very by-the-numbers in terms of structure. Nothing was considerably surprising as the film progressed and it featured several moments of obvious exposition dumps. Nevertheless, for all the events it has to cover, having a more artistic flair may have taken away from the overall message in a negative way.

With all that being said, Bombshell is a scathing indictment of Roger Ailes and Fox News and it achieves such a result with both humility and poise. It’s a terrific film that definitely should be seen.

Synopsis: A group of women decide to take on Fox News head Roger Ailes and the toxic atmosphere he presided over at the network.