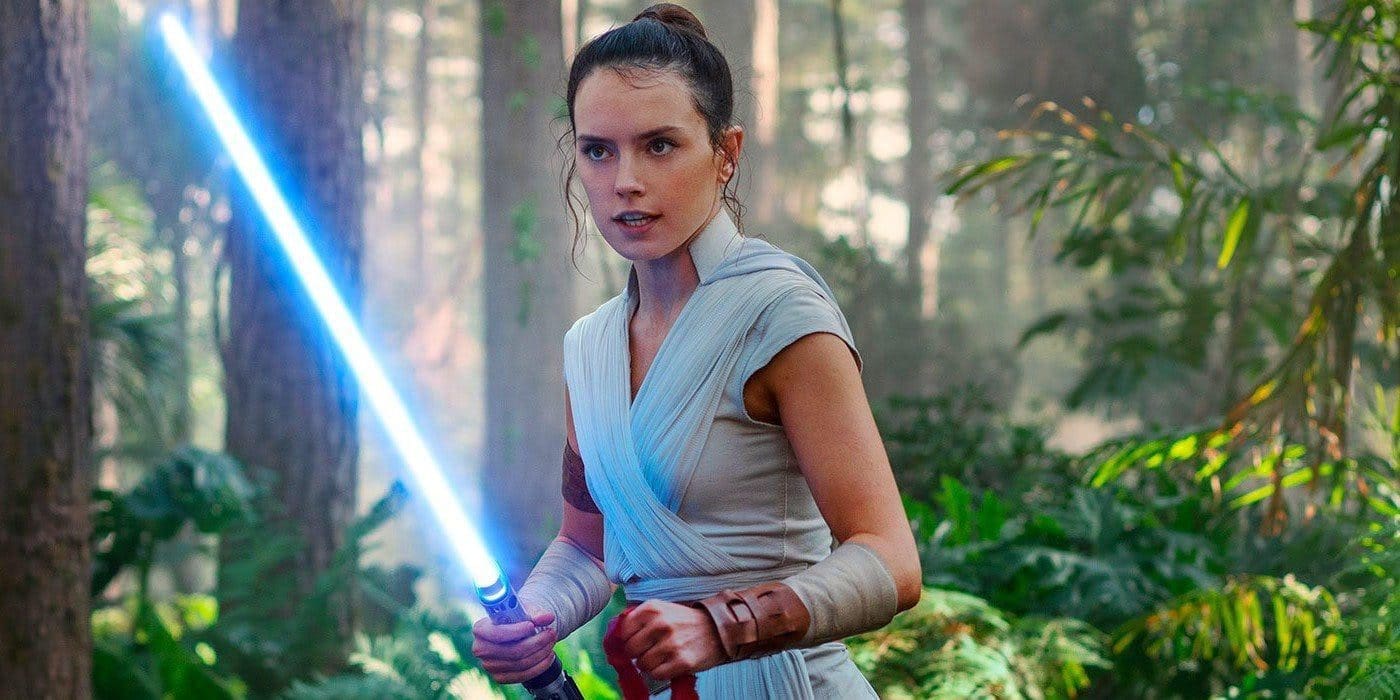 Star Wars: The Rise of Skywalker closes the book on the epic nine-episode saga that George Lucas began 40 plus years ago while also opening a new chapter of storytelling for that galaxy far, far away…

*Non-spoiler review ahead. It does contain information and details that have been revealed in movie trailers released by Disney/Lucasfilm.

If you’ve read my reviews of the previous two movies in the current Star Wars trilogy, The Force Awakens (TFA) and The Last Jedi (TLJ), then you can kind of gather that I’ve been pretty positive with the direction of this saga so far. Now there are many that would disagree with how I feel, especially with TLJ, I believe people are missing the underlying essence of Star Wars. We fell in love with this space opera as children not because it was an amazing Oscar-worthy story but in spite of that. Whether it was the original trilogy or the prequels that indoctrinated us into this wild sci-fi western in space, we were willing to suspend our disbelief in wizards with laser swords, a space pirate and his furry companion, or even a motley rebellion led by a princess battling a fascist empire. Star Wars defied convention in imagery and storytelling while also tackling the social and political norms of its time. George Lucas’ vision launched one of the first super fandoms on earth. It didn’t really make sense back then and it shouldn’t always have to make sense now. We loved it regardless of its wild ideas.

Rian Johnson, the director of The Last Jedi, tried to defy that convention as well but was met with fanboy vitriol because it disrupted and upended their established beliefs on what Star Wars “should be”. While TLJ was critically praised, it divided the fan base causing floundering attendance in Disney’s next effort with Solo: A Star Wars Story while also shuttering future “expanded universe” movie projects. Disney decided to bring back J.J. Abrams, who directed The Force Awakens and relaunched the Disney era of Star Wars, to direct The Rise of Skywalker (ROS) and right the ship for the unhappy fans. While he does successfully weave an epic finale that bridges the generation of fans, he misses the mark on delivering an original story that doesn’t feel forced to deliver on “fan expectations”.

The Rise of Skywalker is the final chapter of the Skywalker saga and it isn’t without grand spectacle. On its upper layer, ROS is fantastic escapist fiction, transporting you back to that galaxy far, far away we fell in love with. Despite the divisiveness the last entry caused, fans will not want to miss out on this conclusion of the core origin story. While the story is blindingly fast-paced without much lull or time to catch your breath, it attempts to mask over the nagging problems fans had of the previous entry but the issues become more evident as the story reaches its finality.

J.J. Abrams, who successfully relaunched the franchise four years ago with TFA, was tasked with the unenviable responsibility to tend to one of Disney’s most valuable acquisitions. By all accounts, he succeeded in delivering an emotional story that closes the nine episodes while also passing the proverbial torch to the next generation. The majority of fans will exit theatres this weekend expectedly in tears and come to embrace and enjoy this final entry. But through his mad dash and fervor to cram as much exposition into one movie, he not only wipes out what TLJ built but also forced narrative that can only pass as fan service to the stubborn old guard of Star Wars fandom. It doesn’t matter all that much though as most fans will be on board for a wild ride.

With a script by Chris Terrio (Batman v Superman: Dawn of Justice, Justice League) and story by Derek Connolly (Jurassic World, Monster Trucks), we rejoin whatever is left of the Resistance led by General Leia Organa (Carrie Fisher) and the core trio of Rey (Daisy Ridley), Finn (John Boyega), and Poe (Oscar Isaac). Chewbacca (Joonas Suotamo) and our favorite droids C-3PO, R2-D2, and BB-8 tag along on this ride as well. At the outset, it appears the First Order will rule the galaxy once again with the surprising return of Emperor Palpatine (Ian McDiarmid) and the rise of Kylo Ren (Adam Driver) as Supreme Leader. As heir apparent to lead the new empire, Ren is still struggling with not only his internal demons but also his continued attraction to Rey and ruling the galaxy with her by his side. But this is not just their story but also the last chapter of the Skywalker legacy. With archived footage of the late Carrie Fisher joined by the liberated from self-imposed exile Jedi Master, Mark Hamill’s Luke Skywalker, Abrams and company were able to craft together a sentimental send off to the twins that led us on this wonderful journey four decades ago. To add to the heavyweights, Billy Dee Williams’ Lando Calrissian and a few uncredited fan favorites are brought back to close out this saga and leave the door open to the next generation.

Sentiments aside, the story does take a hit with a jumbled plot that feels like it could have been another trilogy within itself. Although momentarily exciting, the near-misses, confrontations and slight victories lack any clear motivation that the why and wherefore becomes increasingly obscure: Why are they going there? Who stands to benefit from this interaction? What’s at stake at this particular conflict? Not surprisingly though, with a plot dynamic featuring so many locations and a large cast of characters with individual motivations, it can get confusing to the point that the viewer will just check out to what’s going on at any given moment and enjoy the roller coaster ride.

Still, Disney/Lucasfilm spared no expense. The Rise of Skywalker is a grand feat in production from the beautiful costume design work of Michael Kaplan to the amazing visuals by cinematographer Dan Mindel as well as the nostalgic score by the incomparable John Williams. J.J. Abrams practiced hands in mega franchises such as Star Trek was able to expertly tie up most of the loose ends we’ve had questions about but will also cause some staggering out of the theater in slight confusion to what just happened. Despite the seemingly forced fan service and uneven story, the majority of people will leave with the same wondrous awe they had all those decades ago when they were first introduced to this amazing saga in the galaxy far, far away.

About Star Wars: Rise of Skywalker

Synopsis: The surviving Resistance faces the First Order once more in the final chapter of the Skywalker saga.

The Kid Who Would Be King | Movie Review