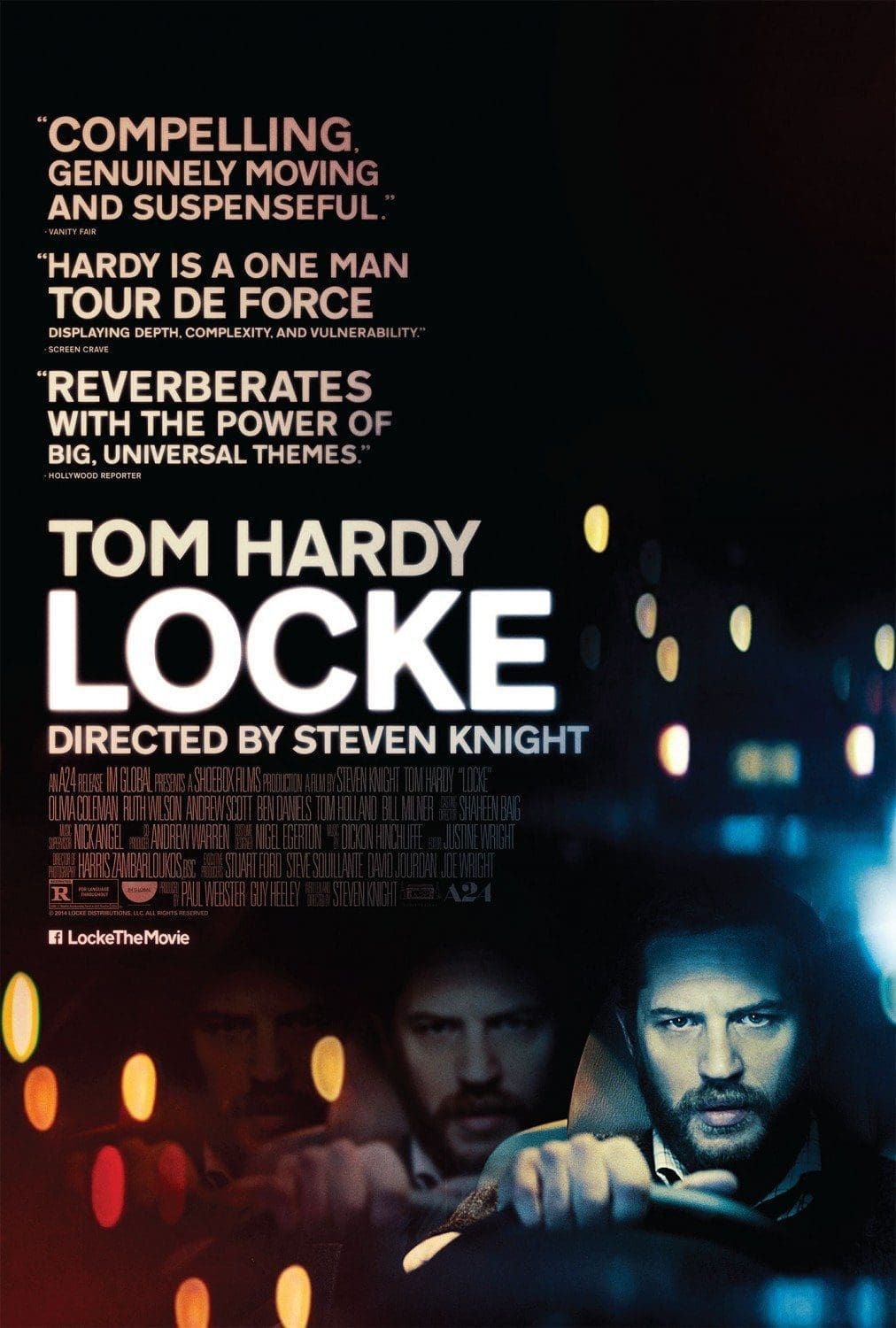 Locke is a movie that breaks the mold of what most people expect when they hit the theaters. It’s not the first time a movie like Locke has been made, but it’s been awhile since audiences have experienced the kind of film Locke brings to the table. It’s not a movie that will appeal to everyone. In fact, there’s a good chance many American filmgoers will dislike the film within the first 30 minutes. However, given time and patience, it’s an experience that any film-lover should have.

First and foremost, Locke takes place almost entirely in a BMW X-series, while the only person seen throughout the film, Ivan Locke (Tom Hardy), makes a lengthy drive toward his final destination in London. Everyone else in the film is heard through the vehicles bluetooth phone system. In most cases they’re identified when the camera focuses on the dashboard display that shows the name and phone number of the person calling (or being called).

While making his way to London, Locke goes through a variety of emotions. It’s hard to imagine many actors being able to pull off the performance seen from Tom Hardy in the film. He’s all by himself, at night, confined to a BMW X-series, interacting with voices on the phone for 90 percent of the films 85-minute runtime. Hardy does such a phenomenal job that you get the sense he’s playing four distinct characters: one angry, one calm, one distraught, and one mentally ill.

As the movie begins, we see that Locke is very calm. It’s difficult to imagine such a man ever being angry. He handles a situation with work, while juggling his two sons and wife on the phone. As the movie progresses, he is bombarded with more and more work issues, while his personal life takes a sharp turn. As you see more and more of Locke’s character, you slowly begin to understand not only what’s taking place in the movie, but what’s going on in Locke’s head.

By roughly the mid-point of the movie, you start to take sides. You begin to judge Locke based on the information you’ve gleaned from his various phone calls. Is he a good man? Is he a bad man? Is he simply a just man trying to do what’s right for all parties involved?

Locke is a slow, quiet, trickle of tension that builds as the movie progresses. It’s filled with emotion and inner turmoil that’s broken up by bits of humor provided by the voice of Andrew Scott’s Donal or the disrupting calls of Ben Daniels’ Gareth (labeled in the bluetooth phone book as “Bastard”). By the end of the film, you feel as though you know Locke, perhaps that you are Locke. And you feel good about that person, even if what you’ve just watched may not warrant such emotions.

Synopsis: Ivan Locke, a dedicated family man and successful construction manager, receives a phone call on the eve of the biggest challenge of his career that sets in motion a series of events that threaten his careful cultivated existence.

“THE FAULT IN OUR STARS” Movie Review