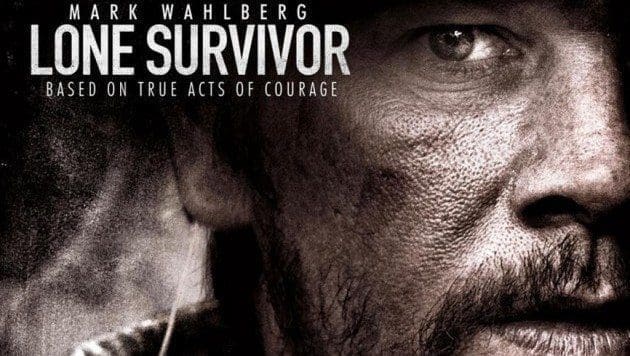 “A Celebration of Courage and the Brotherhood of Warriors” – Joe Morgenstern, Wall Street Journal

AND BRING HOME THE BLU-RAY™  COMBO PACK INCLUDING

Universal City, California – Four Navy SEALs on a covert mission to neutralize a high-level al-Qaeda operative face an impossible, moral decision in Lone Survivor, the intense, action-packed story of heroism, courage and survival, coming to Blu-ray™ Combo Pack, including Blu-ray™, DVD and Digital HD with UltraViolet™ and On Demand on June 3, 2014, from Universal Studios Home Entertainment. Lone Survivor will also be available on Digital HD two weeks earlier on May 20, 2014.

Based on Marcus Luttrell’s The New York Times bestselling memoir, Director Peter Berg (Friday Night Lights) explores the unbreakable bond of brotherhood in a film that Rolling Stone’s Peter Travers praised as “a powerhouse film.”   Lone Survivor tells the incredible tale of Operation Red Wings, a mission about four Navy SEALs ambushed by the enemy deep in the mountains of Afghanistan.  As the soldiers are confronted by unthinkable odds they must find reserves of strength and resilience in order to fight to the finish.

The Blu-ray™ Combo Pack includes a Blu-ray™, DVD and Digital HD with UltraViolet™.

Bonus Features Exclusive to the Blu-rayTM:

Based on The New York Times best-selling true story of heroism, courage and survival, Lone Survivor tells the incredible tale of four Navy SEALs on a covert mission to neutralize a high-level al-Qaeda operative.  The four men must make an impossible moral decision in the mountains of Afghanistan that leads them into an enemy ambush.  As the confront unthinkable odds, the SEALs must find reserves of strength and resilience to fight to the finish.  Academy Award nominee Mark Wahlberg (The Fighter) leads an all-star cast including Taylor Kitsch (Savages), Ben Foster (3:10 to Yuma), Emile Hirsch (Into the Wild) and Eric Bana (Star Trek) in a movie hailed by critics as “unforgettable, tense and inspiring” (Movieline).

Written and Directed By: Peter Berg

Based on the Book by: Marcus Luttrell with Patrick Robinson

Music By: Explosions in the Sky, Steve Jablonsky

Films coming soon to Blu-ray™, DVD and Digital and VOD from Universal Studios Home Entertainment include the hilarious comedy Ride Along; the animated family comedy The Nut Job; the  passionate romance Endless Love; and the intense actioner Non-Stop.