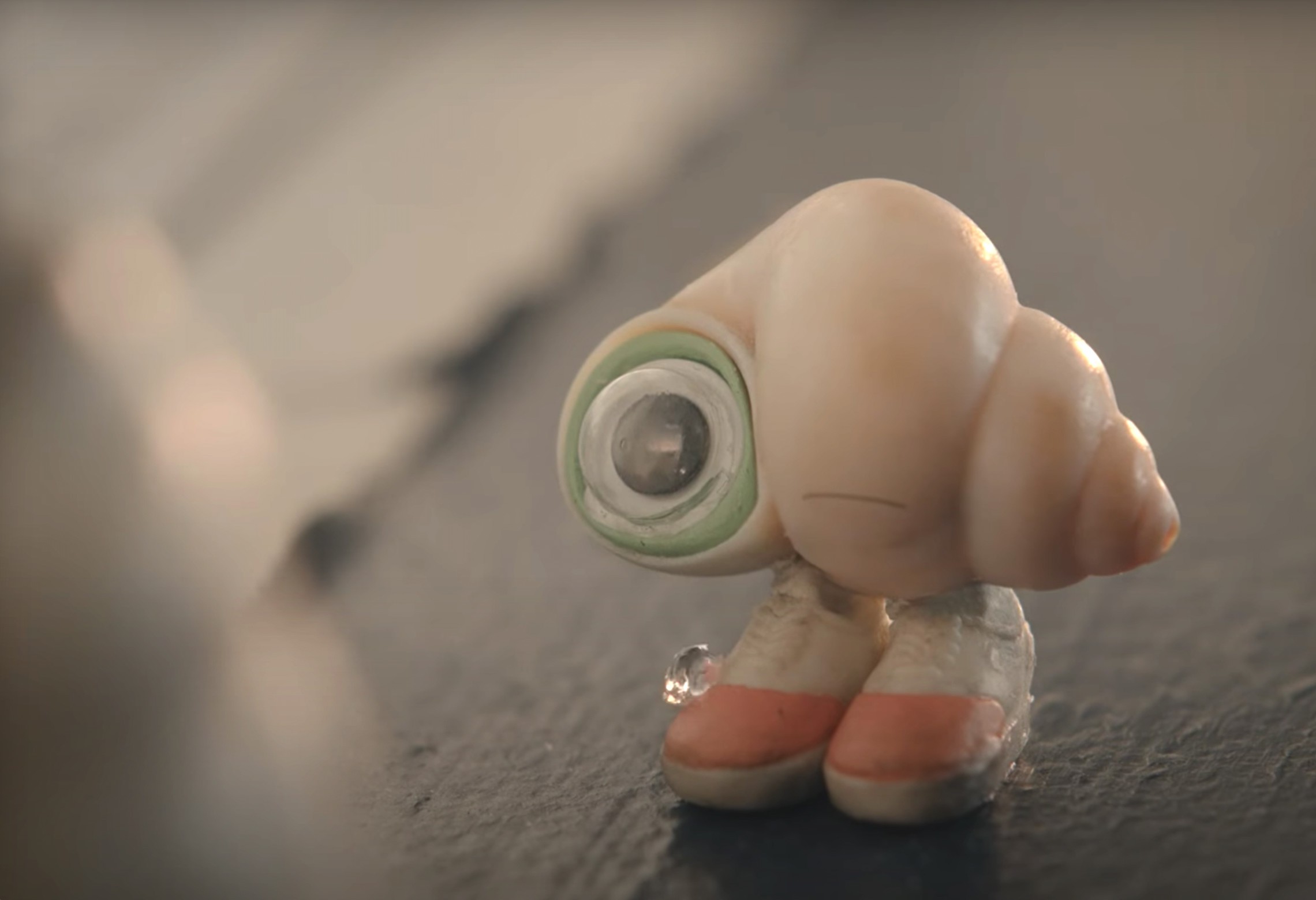 A24 is on a roll this year, first with the indie breakout, Everything Everywhere All At Once, and now with the extremely charming, Marcel the Shell with Shoes On. Based on an animated short film of the same name that was released in 2010, Marcel is a film that the entire family can enjoy, that doesn’t take itself too seriously in these troubling times.

Marcel the Shell with Shoes On is a film about Marcel (Jenny Slate), a mollusk with a personality, who also happens to wear shoes. He lives in a house that’s used as an Airbnb, but when Dean (Dean Fleischer-Camp), a budding filmmaker, takes residence in the Airbnb for an extended time, he begins to chronicle Marcel’s life. When his YouTube video of Marcel goes viral, a search for his missing community engulfs the nation.

As an anthropomorphic shell, Marcel is just a normal occurrence in the fictional real world in which the movie takes place. Everything else about the world is just as you would imagine, with the exception of Marcel being a normal person like anyone else. He has set up a variety of gadgets and gizmos to enable him to get around Airbnb and perform his daily tasks, such as getting food, feeding the dog, and cleaning.

Marcel used to live in a large community of mollusks and other similar anthropomorphic items. As a community, it was much easier to get things done, but something happened that split the community, so now Marcel is left with only Connie (Isabella Rossellini), who acts like a grandmother to him.

The movie is about Marcel’s search for his lost community, but there’s so much more to it than that. In many ways, Marcel acts like a child, full of wonder and awe. Marcel the Shell with Shoes On feels very much like a Pixar film that was made by A24, in that it’s a children’s film, but has a considerable amount of depth, making it feel almost like a film made solely for adults. There’s so much for adults to enjoy here, while still being a movie with a target audience of younger viewers.

Marcel is smart, inquisitive, and charming, yet he doesn’t have a lot of knowledge beyond his home. He doesn’t understand how the world works, and the audience learns a lot about Marcel, and the world as a whole, through his various interactions with Dean. The film touches on love, death, and all of the relationships we build in between. It’s a deep movie that can potentially be dissected for years, but at the same time it’s easy to watch, and appealing to audiences of all ages.

A24 always brings something new and interesting to the table, and Marcel the Shell with Shoes On definitely falls in line with that expectation. It could easily be the most charming movie of the year, but it also has such an endearing message about love, death, and community. There are some instances in which the film feels a little juvenile, but overall it’s one of the best films of the year, and something people can watch with their kids and actually enjoy.

About Marcel the Shell with Shoes On

Synopsis: Marcel is an adorable one-inch-tall shell who ekes out a colorful existence with his grandmother Connie and their pet lint, Alan. Once part of a sprawling community of shells, they now live alone as the sole survivors of a mysterious tragedy. But when a documentary filmmaker discovers them amongst the clutter of his Airbnb, the short film he posts online brings Marcel millions of passionate fans, as well as unprecedented dangers and new hope at finding his long-lost family.