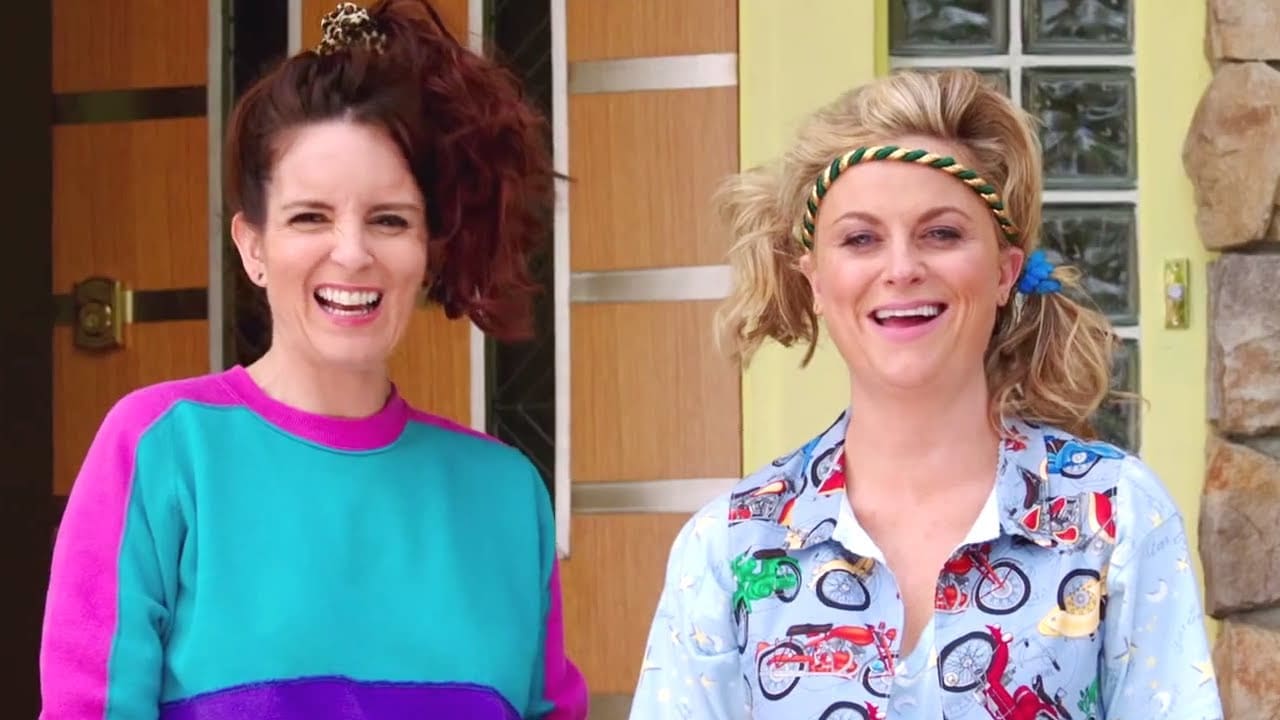 There comes a time in your life where you may begin to long for one of your incredible, youthful adventures.  Perhaps adulthood crept up on you faster than you had intended and all the responsibilities that now lie before you have left little room for risk or uninhibited thrill-seeking.  Granted you do have more freedom now than you did as a child or teenager, but you covet that freedom so much that you spend most of that precious time weighing the pros and cons of every decision or even going to bed after several hours of not selecting anything on Netflix.  It would feel amazing to just let your hair down, pretend you have no weight on your shoulders, and pass off all your worries to someone else for just one night of fun, wholesome debauchery.

In Sisters, directed by Jason Moore, Maura and Kate Ellis(Amy Poehler and Tina Fey) are sisters with very different lives.  Maura has a successful career and enjoys playing it safe; while Kate has both trouble keeping a job and the respect of her daughter Haley(Madison Davenport).  When Maura learns that her parents are selling their childhood home in Orlando, Florida, she brings Kate along in the hopes of changing their minds.  Since the sale turns out to be a done deal,  Kate convinces Maura to have one final house party with all their old high school friends, who they find on Facebook and are conveniently still within driving distance.  Maura is even persuaded to invite the nearby hunk(Ike Barinholtz), who happens to live on their parents’ street.  The party doesn’t start out so well, but eventually it evolves into an unstoppable force of nature.

Most comedies try to evoke some relatable sincerity in their main characters.  So when all the mayhem ensues, things eventually fall apart, and everybody makes up or breaks up, you are still on board and want to see a successful resolution in whatever form that turns out to be.  It’s a nice plot element to have, but the highlight of this movie is the party scenes.  The insane moments Maura and Kate have with their friends and acquaintances while drugs and alcohol are shared generously.

I enjoyed Bobby Moynihan’s character Alex and his ridiculous scenes throughout the film.  Maya Rudolph as Brinda, the former friend of Kate, is hysterical when she attempts to crash the party on more than one occasion.  There are several Saturday Night Live alumni in this movie, along with other recognizable faces, and they all bring out their talent to make the interactions a fun experience.

The story of Sisters comes off a little too simple and nonsensical, but it’s strengthened by the lead actresses, Tina and Amy, who have such a natural chemistry on and off-screen you’d think they were really related.  In fact the supporting cast makes the whole ensemble a well-oiled machine.  Each scene of dialogue is clever up to a point, but you can sometimes tell they are spitting out one too many one-liners just to see if any of them work.  The scenes have a predictable outcome, but it’s still a worthwhile, funny adventure.  Amy’s scenes with Ike Barinholtz ground the film more than anything else.  Otherwise the silliness of it all does get overwhelming.

Sisters is not a brilliant comedy, and probably should be trimmed by twenty minutes, but it is funny and that’s where it counts.  There are moments where I genuinely laughed out loud and times where I got sentimental.  You have to sift through some dumb humor, but there are gems in there.  Again much of the strength of this film is its cast and how well they interact and play off of each other.  Kate’s daughter Haley has only a few scenes, but they work well too.  James Brolin and Dianne Wiest as the parents are terrific casting.  Tina Fey does a very convincing job playing the careless, irresponsible parent trying to fake her way through adulthood.  Amy Poehler could have been playing a variation of her character from Parks and Recreation, but either way it’s entertaining.

Star Wars may have the box office locked up this weekend, but if you are looking for some fun nonsense, and an SNL reunion sketch that lasts longer than necessary, you couldn’t ask for a better alternative.