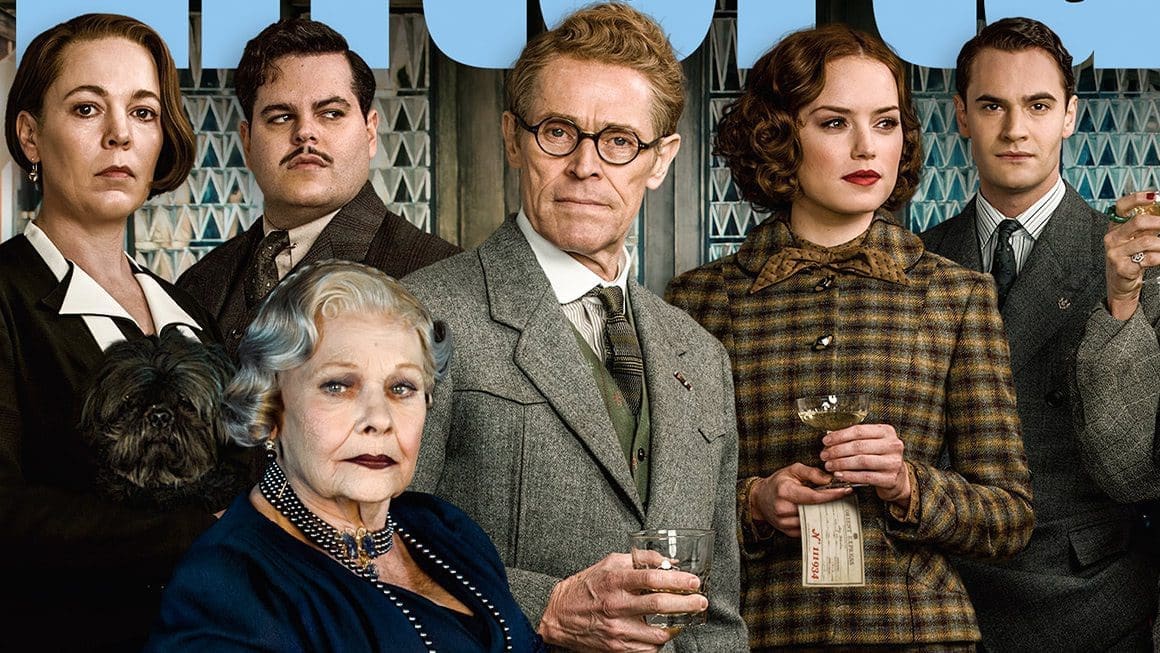 Murder on the Orient Express has a lot to live up to. The Agatha Christie novel is loved my many, and even the 1974 film is generally liked. The more recent 2001 remake wasn’t as universally accepted, but there’s still a lot of history with this property, and a lot of expectations for people going into the film. Our Murder on the Orient Express review will offer insight into the film from the perspective of someone who enjoyed the book, as well as someone going into the property for the first time.

Kenneth Branagh serves as the director of Murder on the Orient Express, as well as the lead actor playing the role of world-renowned detective, Hercule Poirot. He offers an inspired piece of acting as he embodies the unique personality traits of the famous detective. The rest of the cast offer equally applaudable character work, filling out the rest of the suspects on the train. Not all of them get a fair share of screen time and dialogue (especially compared to the novel), but what we see of Mary Debenham (Daisy Ridley), Dr. Arbuthnot (Leslie Odom Jr.), Hector MacQueen (Josh Gad), Edward Ratchett (Johnny Depp), and the rest of the cast is exceptional.

Agatha Christie’s original novel goes into great detail on each of the characters and even allows the reader time to attempt to figure out the mystery on their own. This is a staple feature in most mystery films, but was severely lacking in Murder on the Orient Express. At no point throughout the film is the audience given a chance to figure out the mystery on their own. We’re left to sit in the theater and listen in as Poirot unravels everything in lengthy exposition. It takes away a lot of the fun of watching a murder mystery movie.

Another big change from the novel is how the events on the Orient Express come to an end. We won’t spoil anything here, but the novel once again allows the reader to chime in with how they feel the events played out. In the film, that freedom is strictly confined as everything is tied up in as nice a bow as you can get when a murder mystery is involved. There are no loose strings and nothing for the audience to think about, which also takes away some of the fun.

If you’re coming into the film without knowledge of the novel, there’s very little to enjoy aside from the epic cinematography that perfectly captures the interior of the train and the expansive, snow-covered region it travels through. Once again, the acting is superb, but all of the fun has been taken out of the murder mystery aspect of the film. It can still be entertaining to watch everything play out on the big screen, but without the finer details of the novel, there’s not much for the audience to invest in, especially if you have no knowledge of the original work.

Murder on the Orient Express is yet another Hollywood blockbuster that tries to distance itself from the original source material. The novel has a large following for a reason, but the writers and executives at Fox decided that wouldn’t translate well to a film (even though it did fine back in 1974), and changed things for the worse. The detail of a novel can never be fully captured in cinema, but when the soul of the work is completely removed, you essentially end up with a completely different product. While the latest version of Murder on the Orient Express is better than the 2001 film, it still pales in comparison to the novel and the original 1974 movie.

About Murder on the Orient Express

Synopsis: A lavish train ride unfolds into a stylish & suspenseful mystery. From the novel by Agatha Christie, Murder on the Orient Express tells of thirteen stranded strangers & one man’s race to solve the puzzle before the murderer strikes again.