We are certainly busy this month! Along with the exciting news about games taking a step forward in becoming more accessible to all geeks, the creators of Accursed, a game setting for the RPG world of Savage Worlds, has announced a new short scene scenario called Long Dead and Twice Slain!

I personally don’t have any experience with the Savage World RPG world, but from the press release back on the 2nd of this month, I really wish I did! Tragic that there aren’t enough hours in the day to play all of these amazing games, but such is the curse of the average geek. For those of you who are familiar with the system, I’d love to hear how you think of it, and if I should try out someday! For those of you who aren’t familiar with the system, like myself, hopefully I can help shed some light from the short synopsis I was given along with the announcement of the new addition! Savage Worlds is a dark fantasy world where you get to play a heroic monster, fighting to drive back the forces of Evil that have triumphed. Those who have managed to remain un-corrupted have to rely on these unlikely heroes to protect them from the evil that is everywhere. Witches rule the land, but their Grand Coven has fallen for whatever reason, leaving behind the remains of a once vast and mighty army. These remnants include captured citizens who were once part of the conquered countries that acted as the Witches shock troop

Accursed delves into these new heroes, following these Witchmarked monsters as they travel across the land, fighting to protect the innocent while striving to absolve their own personal sins and inner demons. The new short scenario Long Dead and Twice Slain includes more of the same, and can be played both as an addition to whatever Accursed game you happen to be playing at the moment, or as a fun standalone and break from the usual. It includes four brand new scenes, with necessary game mechanics and opportunity for tasks that can be resolved in a variety of ways. The creator of Savage Worlds, Shane Hensley, is responsible for bringing these new scenes to life for his world, and it promises to be just as interesting and fun as Accursed and Savage Worlds already is!

This is definitely going on the list of games to try out for me! I hope the same goes for all of you out there, and at least check out this very unique take on what it means to be a hero!

*EDIT* So sorry about this everyone, but I was a bit unclear myself about this game. The creators were very kind to further explain things to me, so I’m passing on their infinite knowledge to all of you! Savage Worlds is the name of the underlying system of the game itself, which means you can use the rules to play pretty much whatever kind of game your heart’s and minds desire. (Sweet, huh?) As for Accursed, it is actually the name of the setting for the Long Dead and Twice Slain scenario, which was created by one of Savage Worlds License Creators, Melior Via. So I apologize for any confusion I might have caused. Also! On a really awesome end note, the core rulebook for Savage Worlds is on sale right now, for just 10 dollars! Totally worth it, in my humble opinion, seeing that there are a near limitless amount of scenarios and games you can come up with just the core rulebook alone. There’s also a Test Drive page set up, where you can try out the rules for free, complete with pregen characters, figure flats, and a modern day game scenario called The Wild Hunt! This just made it all to the top of my list, and I can’t wait to try it out myself! 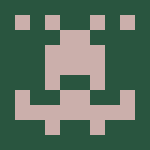 Great day for a Free game giveaway by CheapDigitalDownload and GNN

Game of Thrones CLUE has arrived!