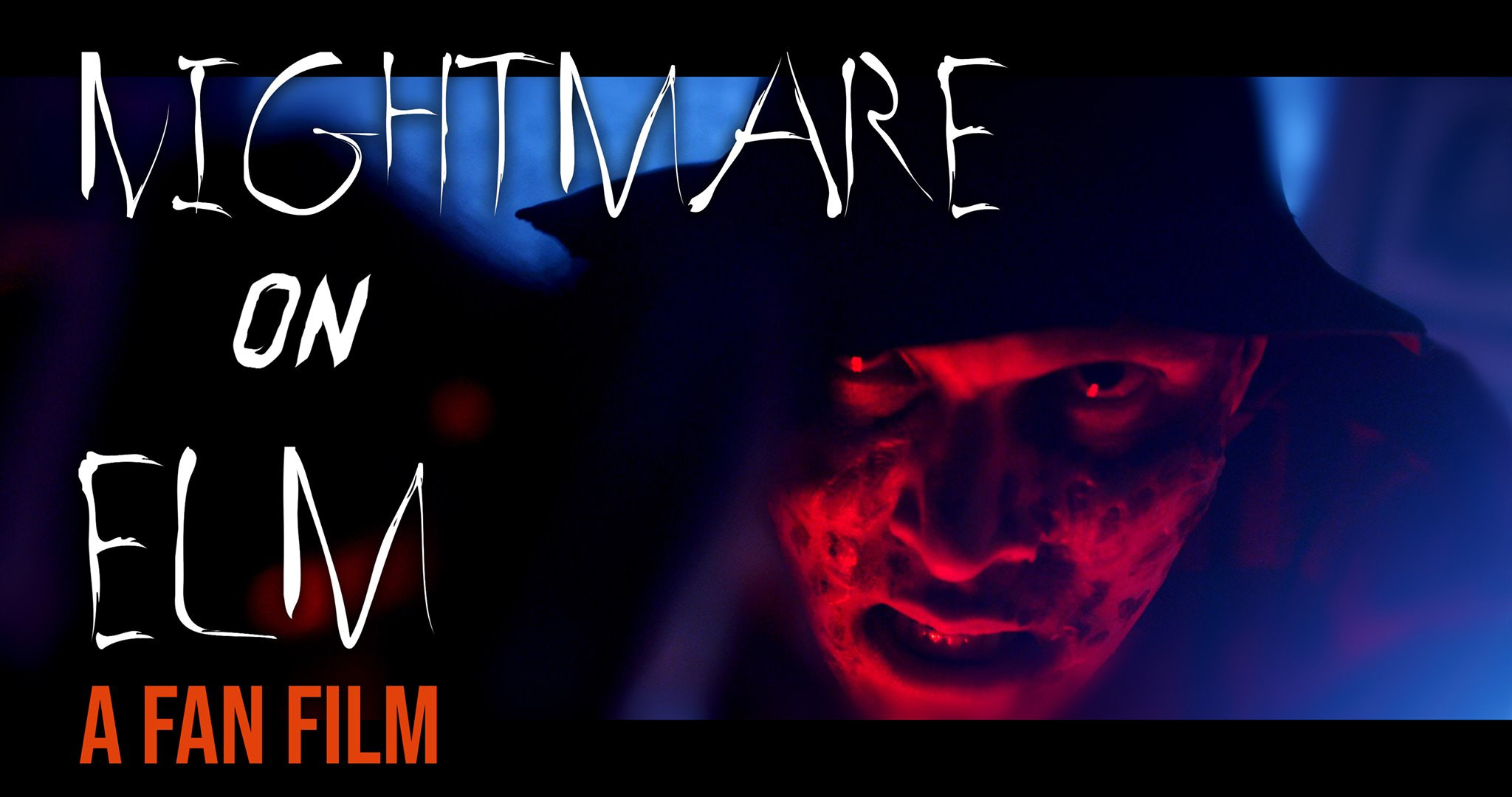 The premise is a familiar one; a young man named Johnny, (Christopher Labadie) hasn’t slept in days, fearful that a mysterious man will kill him in his dreams. His friend, Kelly, (Tensaye Yosef), stays with him but tries to get him to go to sleep. However, after a video chat with her friend Chelse (Brook Butler), who mocks Johnny’s situation, Kelly realizes that Johnny’s nightmares are all too real.

This 7-minute homage to the cult classic Nightmare on Elm Street fits in well with its theme and tone. While I’d say it’s more akin to those later in the series, it does build up the tension well, and Freddy’s reveal is dynamic. The acting and dialogue are a little stiff, but hey, so was the original 1984 film. The makeup and effects of Freddy work well, even though it isn’t Robert Englund reprising the role. The cinematography makes up for that though, with just subtle hints of Freddy Krueger before the final kill.

Overall, I really enjoyed this fan-made film. It’s got the feel of Nightmare on Elm Street, and I hope they expand on it, or at least make a series of shorts. While you can tell it has a small budget, it’s still leaps above the messy 2010 remake. This film feels like it was made by fans of the film, and their care and attention to detail is what gives it heart.

Click below to check out this indie gem, and make sure you don’t fall asleep.

About Nightmare on Elm | A Freddy Krueger Short Film

Synopsis: Johnny can’t sleep and his friend Kelly is worried. But soon, she discovers his nightmares are all too real.