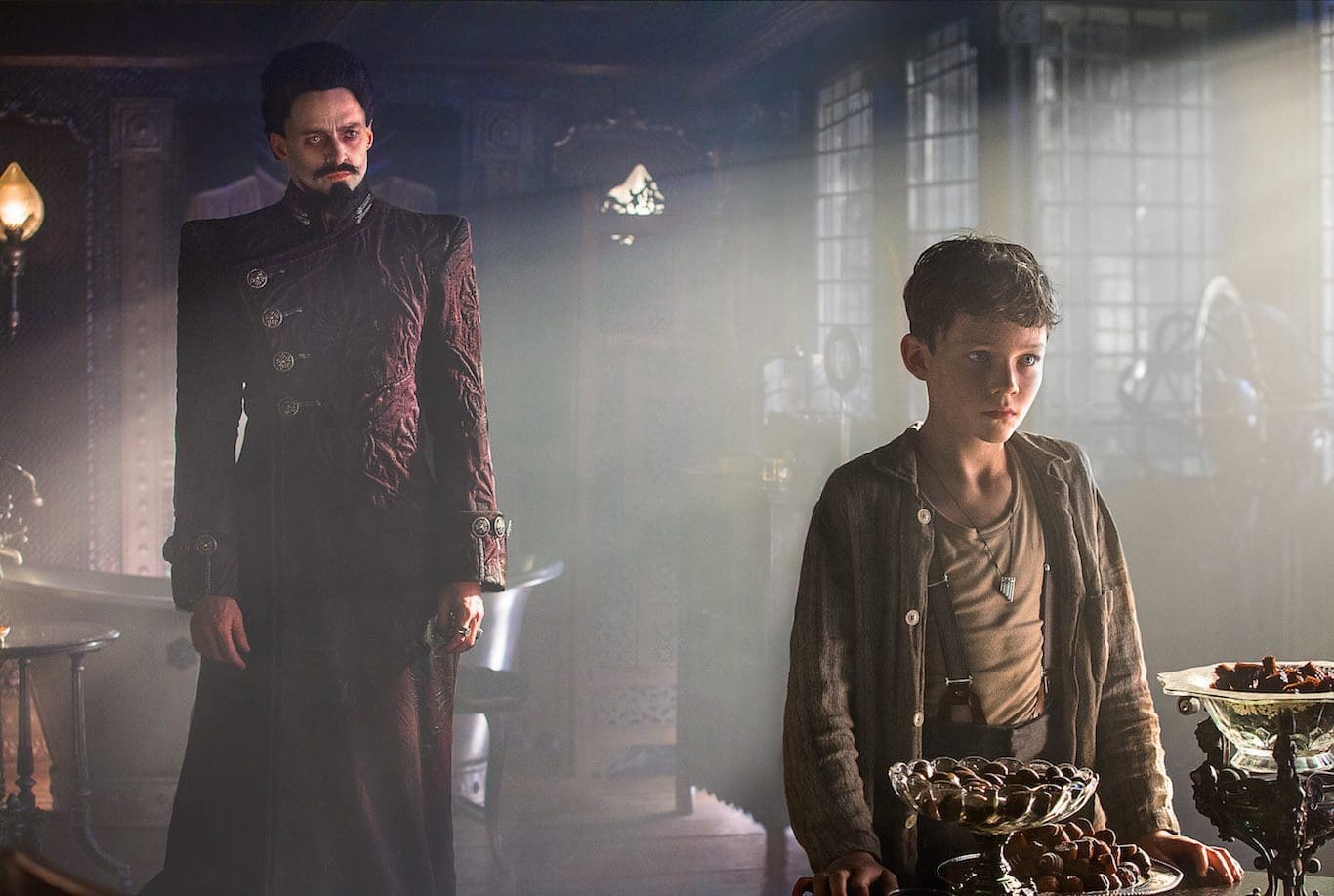 Nothing sounds more fantastic as a child than having an adventure on a tropical island full of fairies, mermaids, tribal warriors, and pirates.  The important element is that you get to experience all this without adult supervision.  J.M. Barrie created this world of Neverland to entertain and excite children that he knew personally, but eventually his stories spread around the world and made Peter Pan a household name.  Several adaptations of Peter Pan, from plays to film, have, for the most part, succeeded in capturing the spirit of the story.  Disney Studios made the story even more memorable with its brand of remarkable imagery and musical numbers.  Steven Spielberg’s Hook showed us what happened to Peter Pan after he left the island, grew up, and raised his own family.  Another live-action version of Peter Pan came out in 2003 and is one of my favorites to date.  It’s perfectly fine to change up the world of Peter Pan to suit your story as long as the key elements are there.  A boy who doesn’t want to grow up, enjoys hanging out with his friends, and fighting pirates.  So how does this latest attempt of underage swashbuckling measure up?

In Pan, directed by Joe Wright, Peter (Levi Miller) is delivered to an orphanage by his mother when he is still an infant.  His upbringing is spent avoiding the discipline of the head nun, Mother Barnabas, while finding ways to skirt the rules.  During the height of World War II, children in the orphanage begin to disappear mysteriously in the middle of the night.  Something the head nun is aware of and fully complicit.  One evening while trying to sleep, Peter and several other boys are captured by strange men with bungee cords straight up through the roof and onto a pirate ship.  As the strange ship flies through the sky, it sails high into the atmosphere until all reality vanishes and only outer space lies ahead.  Soon the ship finds itself travelling towards a planet, or another dimension even, with orbs of water carrying fish floating in the sky.  In the distance an island comes into view.  The island is also floating precariously above an unknown body of water.  We soon learn that we have arrived at Neverland and the pirate in charge is Captain Blackbeard (Hugh Jackman).

Blackbeard is a very flamboyant, weary-looking pirate with heavy makeup and a desire to assert his authority.  He instructs his pirate subordinates and the kidnapped children to mine for fairy dust, which come in mineral form for some reason.  The purpose of this fairy dust is unknown until later, but Blackbeard is desperate to find every last piece on the island.  Along this journey we also meet James Hook (Garrett Hedlund), who couldn’t have a more prophetic last name.  Hook seems to be channeling his best impersonation of Han Solo with his bravado and misplaced charm.  Hook and Peter strike up a business relationship and set out to escape from Blackbeard’s clutches so that Peter can find his mom and Hook can get back to Earth.

It’s hard to get a handle on this movie as it tries to thrust the narrative as quickly through the familiar plot points as fast as possible.  The film is a prequel of sorts for Peter Pan, but we really only meet one new character in Blackbeard.  The rest of the cast, such as Smiegel (Adeel Akhtar) and Tiger Lily (Rooney Mara), show up as they normally would, but their portrayals are a little more extreme than usual.  Smiegel can’t get out enough one-liners and Tiger Lily is a warrior princess in every sense of the word.  The attraction between her and Hook is somewhat off-putting when you realize his eventual trajectory in the story.  There are also mermaids, briefly, and fairies of course.  The fairies are almost non-existent as their size is never magnified for emphasis and their voices can only be heard among themselves and Peter.  They inhabit an important plot point between Peter and his mother, but you would think they would place more fairies, especially Tinkerbell, throughout the film rather than saving them for the end of the movie.

One of the biggest issues with this movie is our first introduction to Neverland by way of the pirates.  Their sea shanties are oddly comprised of Nirvana and Ramones music.  I was almost sure this movie was going to become a musical, but that never materialized.  Also the landscape of the pirate area differs from the rest of the island.  Strip mining has turned their land into a canyon with no vegetation or water.  In fact almost none of the pirate ships touch water, unless they’re escaping a fighter plane.  Past this area is the actual jungle with caves and waterfalls aplenty.  You can never understand the layout of this world and that can leave you feeling disoriented.  Another issue is the expediency with the story.  While some moments dragged, others that seem important are rushed along to get to the main battle.  Peter is experiencing a very different world from the one he grew up and he never slows down to take it all in.  Of course the constant threat of pirate murder leaves little time for contemplation.  The other issue I feel the need to highlight is Hook’s back story.  James Hook is a very interesting character with his own motivations.  He wants to go home, but he can’t help but get involved with Peter’s journey to find his mother and Tiger Lily’s mission to protect the fairies.  It’s a very fun interpretation except for the fact that this guy is supposed to be Peter Pan’s nemesis at some point and they don’t give you any hint as to how that will happen.  I anticipated a transformation to the Captain Hook we know and hate, but it’s a missed opportunity and you’ll only find yourself scratching your head once the credits roll.  Perhaps there is a clever idea to rectify this part of the story in the sequel, if the demand for one allows it.

Pan is a colorful film with an imaginative foundation that brings back those fun elements you appreciate about the original story, but it suffers from trying too hard to be different and Hugh Jackman’s Blackbeard character is not well constructed.  He’s a damaged pirate with a broken heart and Jackman’s talent could not do much else with the script he was given.  Garrett Hedlund as Hook is somehow entertaining, but mostly for that voice that doesn’t quite work.  Levi Miller does a pretty good job as Pan and I was invested in his journey to find his mother.  Rooney Mara as Tiger Lily is a pleasure and brought a great energy to this adventure.  Adeel Akhtar’s Smiegel provides a few funny lines along the way.  The spirit of the Peter Pan story is hidden in this movie almost as well as the fairy kingdom, but it is there nonetheless.  It will at least give younger kids a fun ride, but if you want a better adventure for the whole family try the 1953 animated film or the 2003 movie.  Or pick up the books these films are based on and let your child use his or her own imagination to find Neverland.

Synopsis: 12-year-old orphan Peter is spirited away to the magical world of Neverland, where he finds both fun and dangers, and ultimately discovers his destiny to become the hero who will be forever known as Peter Pan.

Yeah, that seems to be the general consensus for the reviews on this film. Pity :/