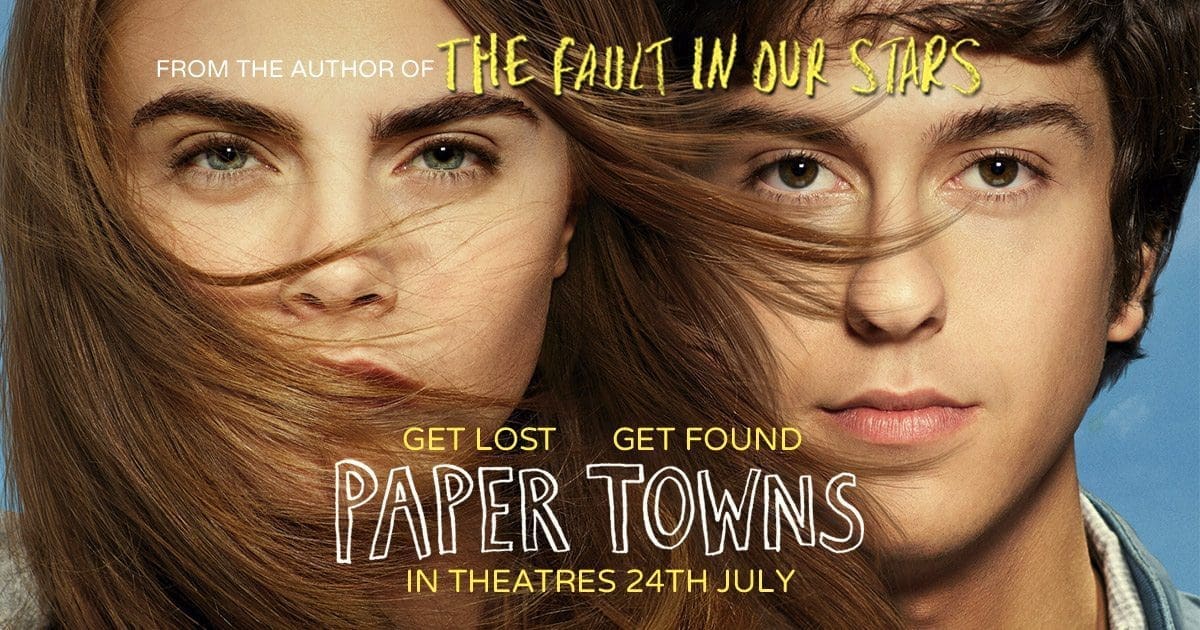 Paper Towns comes a year after the critically acclaimed Fault in Our Stars film pitted teen romance and mortality with a heart-catching narrative woven from the book by the same name. In this film, John Green’s novel situates Quentin (Nat Wolf) in the last weeks of high school as do many bildungsroman, but what sets this film apart from the continuous proliferation of coming of age angsty films is that it’s super awkward. Everything about it was awkward from Margo Roth Spielgman’s (Cara Delevigne) androgyny to her lack of any chemistry with Quentin to Ben’s (Austin Abrams) serious need for a trim and maybe a nice eyebrow threading to Radar’s (Justice Smith) parent’s Black Santa obsession. This hyper-awkwardness is what makes Paper Towns special, and it’s what makes Green’s book and Scott Neustadter’s screenplay translate perfectly to the silver screen.

No stranger to Green novels after also writing the screenplay for Fault in Our Stars, Neustadter seamlessly adapts the narrative of Quentin, “Q”, who grew up glancing into the window of the “girl next door” always intrigued by her adventures while simultaneously regretting his choice to play it safe and not join her. They drift apart and then weeks before graduation, she slips back into his bedroom window. These two have one last hoorah and in the morning she’s gone. This isn’t Margo’s first rodeo as she’s run away before but this one’s different because Q believes she’s left clues for him to locate her and profess his undying love.

The question of Margo’s whereabouts, the looming prom, and the uncertain future dance across the screen as the ragtag group of friends hunt down clues, plan a spontaneous adventure, and eventually find what they’ve all been missing.  Angela (Jaz Sinclair) and Lacey (Halston Sage) round out this motley crew as they road trip to New York State in search of Margo only to find something much more important than a single enigmatic young woman.

While several of the tropes echo other films that did it much better (Perks of Being A Wall Flower, Garden State), Paper Towns awkwardness of love, adventure, and discovery was at first very off-putting. Then it became clear. What made Paper Towns great is the fact that it is ok to be uncomfortable with the awkwardness. We were awkward. We were these people. We are reminded of who we were, and while we’ve moved beyond these characters it’s important to respect our origins.

Don’t get me wrong, while I enjoyed the film immensely, I struggled with a few things. Superficially, I wanted a stronger soundtrack. This probably goes back to my love for Garden State (I was a Coldplay virgin and barely knew The Shins when that film was released) and Perks of Being A Wallflower (every single thing about that soundtrack was my life then). In Paper Towns, Bon Iver’s “Re. Stacks” was awesome montage music & Mikky Ekko’s “Smile” was fantastic over the credits, but not much else caught my ear.

More importantly, the film includes what could be three strong female characters: Margo (the ancient soul), Angela (the gorgeous, sensual being), and Lacey (the misunderstood, brainiac in a beauty’s body). None of the characters are fleshed out (except maybe Q), but the writers had ample opportunities to pass the Bechdel Test by having any of this trinity of women interact with each other directly about anything other than their male counterparts. Not only do they not interact directly with each other but two of them are stuck in a car for 20+ hours and say nothing to each other on-screen. This is a disappointing oversight to the narrative and gender equality in general.

Don’t get me wrong. The film’s good. It’s not an original narrative, but the nuances in the third act felt fresh. The resolutions Green awarded us were converse to those I expected but sweetly so. Paper Towns needed to end exactly how it did, and that’s perfect.

Synopsis: Weeks before graduation Margo sneaks into Quentin’s bedroom for an evening of debauchery. Through their shenanigans he realizes he has loved her since they were kids. The next morning she disappears. Paper Towns examines the intersection between the coming of age narrative and the road trip trope in the final breaths of high school.