Anyone with any type of interest/appreciation in the horror genre should have been at the Rapture Horror Expo this past weekend! The most amazing thing about the expo had to be the way it was set up. After walking through the main exhibition area and turning one last corner, I stumbled upon all of the special guests! To my shock they were all right there, completely accessible from the get go. Most conventions do a regular panel and might have an hour or two where you can meet and greet, but not the Rapture Horror Expo! They had the guests right there on the floor, most of which were there for the entire weekend from start to finish. Some points regarding a few of the special guests:
I have met my share of famous people, but meeting Linda Blair was unlike anything else. She essentially gave my friend a very uplifting psychic reading. She says as she has gotten older, she can read people and it just starts to come out of her. It is one thing to have the opportunity to meet a great actress, but for them to basically give a personally motivational speech was beyond incredible.

Judith O’dea from Night of the Living Dead even stood in line with me to meet Linda Blair. Despite being in one of the greatest horror movies ever made, she is not actually a big horror fan. Also, she has never seen another George A Romero movie. Both things I found to be quite odd, but fascinating! Danielle Harris, despite her small stature and natural beauty, uses the F word a lot! I could tell that she is really passionate about what she does by the way she spoke about her work. Here are some fun facts about Danielle Harris that I was able to learn this weekend:
– She stated that she would love to be directed by Phillip Seymour Hoffman or Quentin Tarantino
– She was almost the character of Donna in That 70’s Show
– She was almost the character of Julia Salinger in Party of Five
A little more about the guests from RHE:
– Sid Haig’s first performances were dancing. He has been in over 30 films and 350 TV shows!
– John Kassir’s (voice of the Crypt Keeper) background is actually in comedy. He won $100,000 on Star Search beating out such actors as Rosie O’Donnell and Sinbad
– The eyes used in the Crypt Keeper are the same ones used for Chucky There were many opportunities for picture taking. Not only with the actors/actresses, but with many cosplayers, various props, and also in front of scenes that were setup throughout the convention hall.

There was so much going on and it was hard to pick what to attend. At any given moment you could shop, watch a movie, play video games, attend one of the many panels/discussions/workshops, and even get a tattoo! There wasn’t a single dull moment and I absolutely cannot wait Rapture Horror Expo 2014! 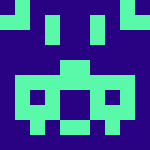