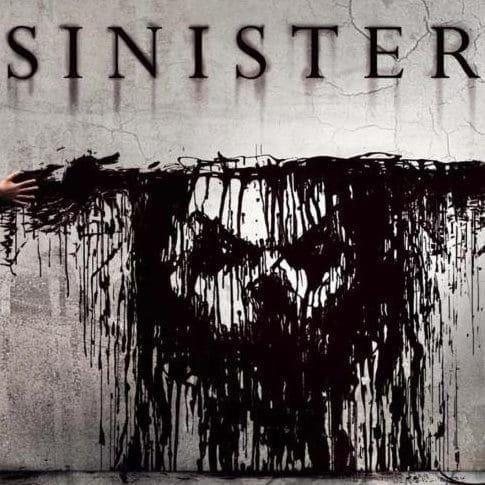 The year was 2003, almost nine years ago, or six years according to my twitter math. One of the graduation requirements at my high school was the completion of a “senior project.” I don’t remember the details of it because A) it was nine years ago, and B) my English teacher decided that he was going to challenge the system and not require us to turn it in. This came as relief to some and frustration to others. I do remember one specific aspect of it though and that was to shadow an actual professional from the field you were interested in pursuing. Mine happened to be film. I’ll just state right here I know a whopping zero people in the movie industry. Sure, Tyler Hoechlin of Road to Perdition and Teen Wolf fame was going to the same high school, but I didn’t know him, so what then? I spent two years in the hospital when I was eight and one of my nurses happened to be married to a guy who directed a little movie called Hellraiser: Inferno. We had kept in contact over the years so I reached out to her and through her efforts a meeting with him was set up. I met Scott Derrickson at the Elephant Bar somewhere near La Mirada, California and we talked about movies and the process of making them. Even though the project went nowhere and I ended up pursuing other paths (dropping out of college) it is one of the coolest memories that I have and I still employ some of that knowledge. Why did I tell you this? Full disclosure. This review isn’t biased in any way. It is pure admiration for this movie.

I’ll just start off by saying I’m not a fan of horror movies. I can count on one hand how many horror movies I own and maybe slightly more that I actually find scary. Sinister happens to be part of both of those groups. I didn’t get a chance to see it theatres, which is a shame, but it’s really awkward when you get scared in the theatre and latch on to a complete stranger. There are certain movies that I use as a judge for certain aspects. Jurassic Park for CGI, Heat for gun battles, Ronin for car chases, so on and so forth. In the case of horror movies I use a time period, the late 70’s and early 80’s. I do this because there was such a grit factor to them and the technology of the time limited how much you could shoot at night and horror movies are inherently scarier during the night. Sinister effectively captures the essence of the time period while at the same time blending seamlessly elements that were developed by a newer generation of filmmakers that were influenced by horror movies like Halloween. Thanks to cinematographer Christopher Norr the movie looks and feels like we’ve stumbled into hell itself. When watching it at home you’re almost forced to shut all the lights off in the house (I did the opposite) so you don’t miss anything. Sinister delivers both creepy, skin crawling scares and the traditional jump out of your seat scares, the latter of which is mostly just the demon popping onto screen, which is still surprising, but the most memorable scene involves a rather rambunctious lawn mower. It’s not overly violent like the Saw movies and it takes a lot of cues from movies like Paranormal Activity that use tension to get your heart racing.

While Sinister has its fair share of visual scares they go hand in hand the extremely unnerving score by Christopher Young. To give you some background, Ethan Hawke’s character is a true-crime writer that is investigating a series of mysterious murders when he stumbles on several super 8 reels featuring each of the murders. He watches each one periodically throughout the movie and these are what make Sinister really shine. They were actually shot using super 8 cameras so the film grain is there and each snuff movie also has its own demonic theme. The creepiest happens during the aforementioned lawn mower scene and is mostly guttural noises by a male choir. I was on edge every time Ethan’s character thought it was best to watch another one.

My only points of concern deal with the movies reliance on older horror movie clichés like the city folk moving to the country and being hassled by the townies and Ethan Hawke’s god awful sweater that he wears through the entire movie.

Sinister is one of those rare, truly terrifying movies that resonates with you long after it’s over and is bookended by two of the most horrifying scenes in recent memory.

Synopsis: A true-crime writer finds a cache of 8mm “snuff” films that suggest the murder he is currently researching is the work of a serial killer whose career dates back to the 1960s.

What’s in a name? For BIRDMAN maybe an Oscar