Check it out below:

In “Sabotage,” Arnold Schwarzengger leads an elite DEA task force that takes on the world’s deadliest drug cartels. When the team successfully executes a high-stakes raid on a cartel safe house, they think their work is done – until, one-by-one, the ten members mysteriously start to be eliminated.

Man, what better combo then David Ayer writing/directing and Arnold Schwarzenegger playing the lead role. I have a feeling like after watching this film, I’m going to want to high-five the person next to me. 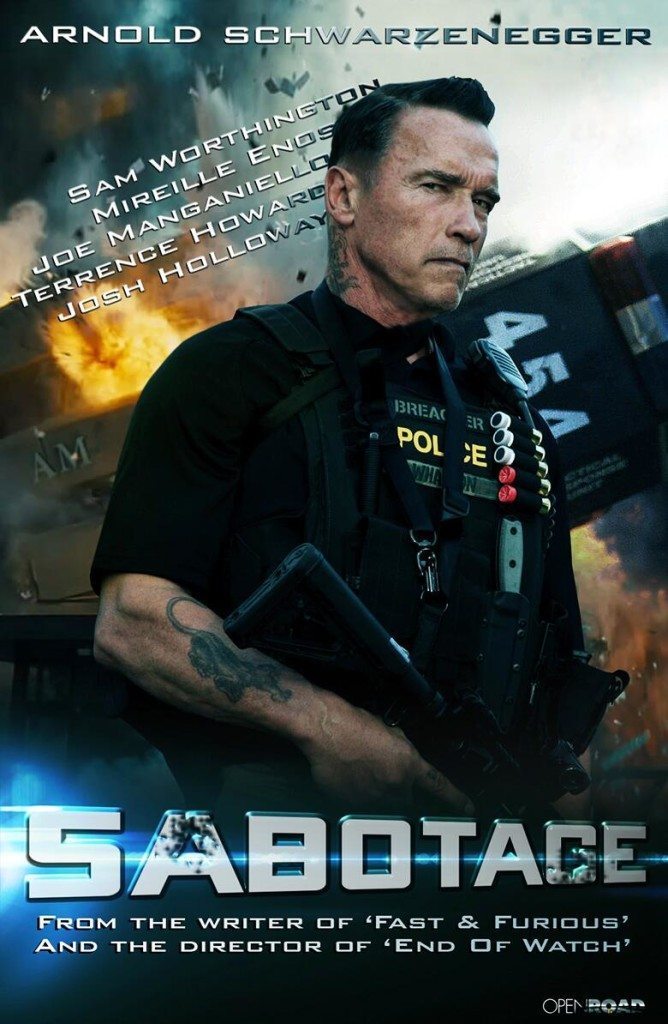