Geek News Network
Home News Movie News Should The Silmarillion be a Film Series of its Own? 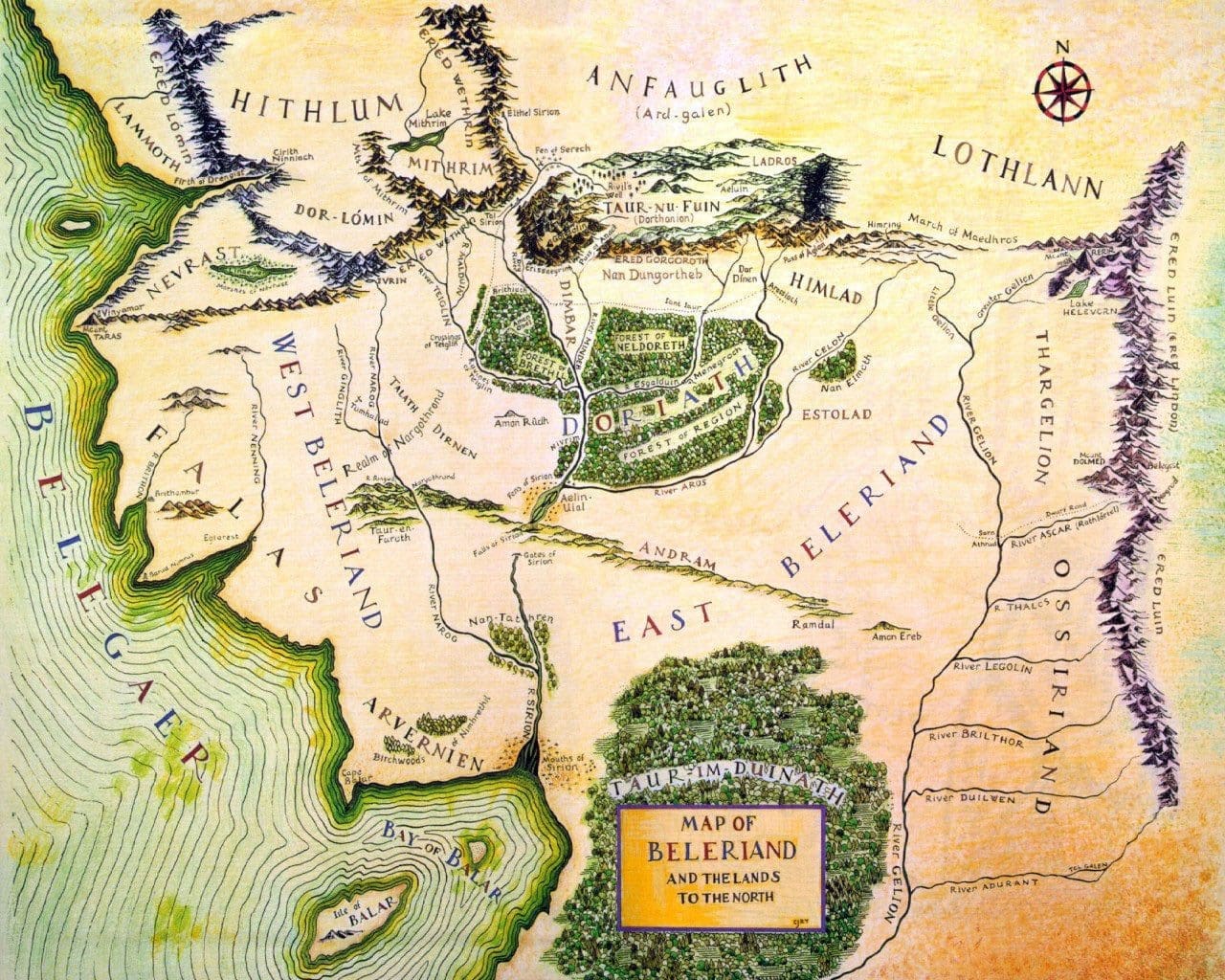 Peter Jackson’s adaptation of J.R.R. Tolkien’s The Lord of the Rings film trilogy was a huge (and expensive) undertaking, wherein a massive $281 million budget was put towards realizing Middle Earth, an alternate, self-contained world, complete with its own geography, species, languages, and cultures. The films were extremely successful and went on to become one of the highest grossing film franchises of all time, and the highest grossing trilogy of all time. The films all scored above 90% on the popular film review aggregator sites Rotten Tomatoes and Metacritic, with the exception of Two Towers, which scored a respectable 88 on Metacritic. Despite the liberties Jackson took with the source material, the story mainly followed the same story-line and Jackson captured the majestic feel, and brought it to life.

Last December, The Hobbit: An Unexpected Journey was released and launched the second film trilogy that Jackson adapted from Tolkien’s works. The filming has already wrapped on the trilogy as it was filmed simultaneously, but they are going to be released one year apart from one another. This only raises the question though: after the release of The Desolation of Smaug later this year and the release of the third film, There and Back Again, in 2014, will Jackson take on The Silmarillion?

Many Tolkien fans have never read The Silmarillion and many more fans of the films have probably never heard of it, but The Silmarillion takes place in Middle Earth and is a prequel to both The Hobbit and The Lord of the Rings. It was written to strengthen the mythology and lengthy back-story that Tolkien had developed for Middle Earth. Unlike The Hobbit and The Lord of the Rings, The Silmarillion does not have the same engaging narrative flow. It’s presented more like a history book, making it difficult for many readers to get through.

The format should not take away from the brilliance and majestic feel of The Silmarillion. It backs up the history of Middle Earth and it has a variety of characters we already know and some new ones as well. The Tolkien estate has been hesitant to release the film rights to anyone due to the unique nature of The Silmarillion. However, fans have flocked to the web to support the desire of a Silmarillion film series. Many fans have suggested that it merits more than a trilogy, and should be produced as four to seven film series!

Another possibility that came to light after the recent success of Game of Thrones is a television show. HBO’s successful TV series is based on the books by George R. R. Martin. A Song of Fire and Ice is a series of books that is very detailed and similar in complex nature to The Lord of the Rings. The series has been very successful among both critics and hardcore fans. A similar concept with The Silmarillion could be the key to fleshing out Middle Earth.

Whether it be in the form of a film or an epic HBO television series, The Silmarillion should be brought to life. The book is brilliant, but admittedly difficult to read due to its textbook like format. If it was made into a film series or television series, the brilliance of The Silmarillion could be shared with a whole new group of Tolkien fans.

Author Bio: Blake Meredith is an arts and entertainment blogger for www.directstartv.com where she covers new release and popular television programs. Blake has been a longtime fan of Tolkien’s work including The Hobbit, The Lord of the Rings, and The Silmarillion. She is also a fan of the Peter Jackson adaptations and can’t wait to see The Desolation of Smaug. Blake currently resides in Chicago, IL.