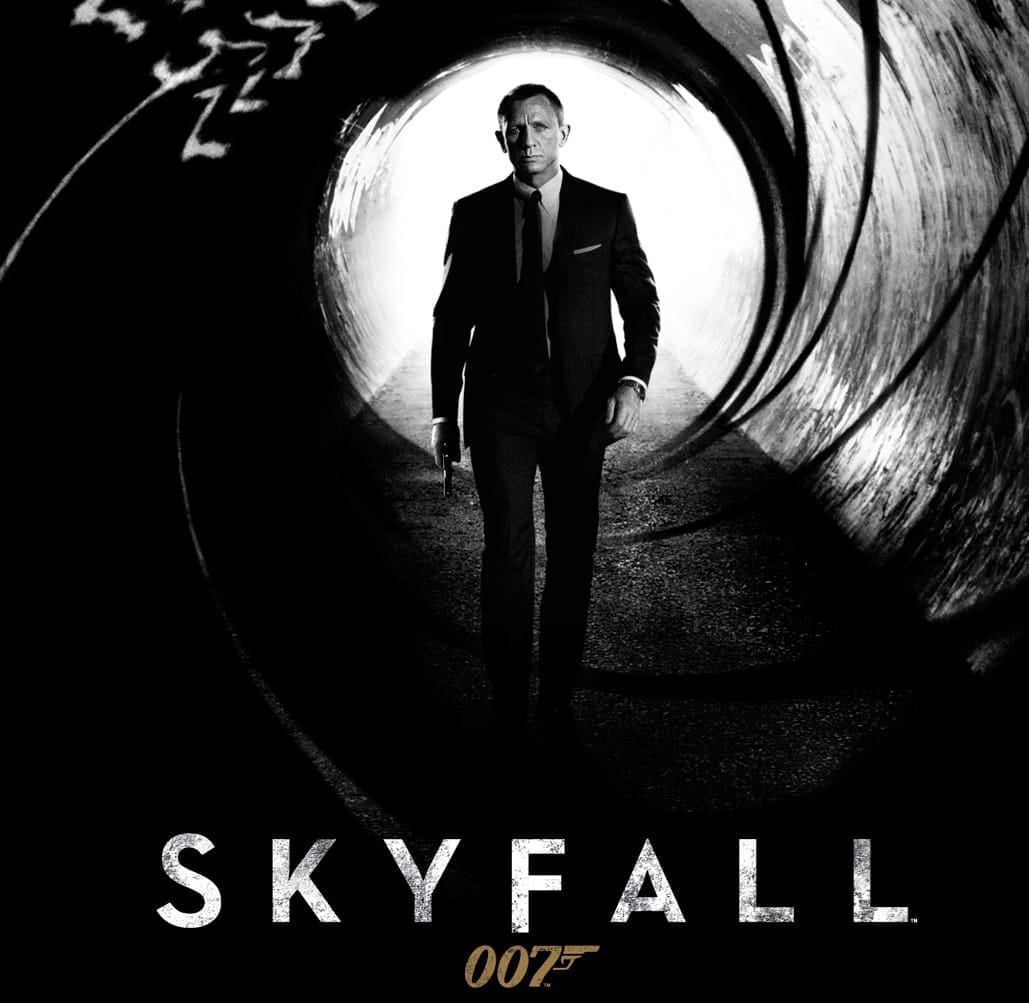 I’m going to play a little word association game, much like the one in the trailer and the one you’ll see in the movie.

That’s right, awesome. Skyfall, the 23rd movie in the Bond series, breathes much needed new life into a series that was just rebooted only six years ago. Casino Royale got off to a great start and while good, it was just too long. Then came the sophomore effort, Quantum of Solace, which was, well, less than stellar. I don’t consider myself to be a James Bond enthusiast, but I do like the movies and the last one kind of left a bad taste in mouth. When MGM filed for bankruptcy I, along with James Bond’s millions of followers, wondered if we would ever get to see the original super-spy redeem himself for his last outing. Skyfall is that redemption. I’ve heard a lot of people say it’s the best Bond ever, I haven’t seen all of 007’s adventures so I can’t attest to that, but it is the best Bond movie I’ve seen and one of the best movies I’ve seen all year.

We’ll talk about the direction first. In recent years action movies have been given a new lease on life. I’m not talking about the Schwarzenegger, one-armed style shoot-em-up, I’m talking about action movies with brains and heart, like The Bourne Series, or The Dark Knight Trilogy, and, of course, James Bond. These are movies that when produced in previous years they incorporated within themselves a bit of ridiculousness. I understand that movies require a suspension of disbelief, but that doesn’t mean you have to make it unbelievable. Now that smarter, more artistic directors, i.e. Christopher Nolan, Paul Greengrass, Marc Forster, and Sam Mendes, are taking on these projects we get a more humanistic approach. And when it comes to action scenes they force themselves to think outside the box, because that is what they’re used to, and as a result we get stylized action sequence that are great to look at while being intensely pulse pounding. Sam Mendes doesn’t disappoint in this aspect. My favorite example of this is a fight James Bond has with an assassin in high rise that is surrounded by glass and lit by a blue neon sign from the adjacent building. His experience with character driven pieces also gives him an added insight into what they characters are feeling and how to best portray that on the screen.

I talked a little about globetrotting in my review for The Bourne Legacy and I’ll go into a little more detail here. One of the main aspects of spy movies is the fact that they face a global threat and will pursue evil doers to any country they need to. Beautiful, but boring. You know what’s a great spy movie? The Recruit. Do you know where it takes place? America. That’s it. One country. Quantum of Solace is probably one of the worst offenders of over-globalization, as I’m going to call it. Every ten minutes we were in a new country, and to add insult to injury it was all drab. If you’re going to send us around the world, make some of it look good. Skyfall takes us to a grand total of three countries*. Each one looks fantastic, whether it was the back alleys of Istanbul or the remote gambling islands of China, it was all pleasing to the ocular orbs resting in my eye sockets, and every time we traveled it felt like the next logical step.  One of my favorite scenes is when we travel to Hashima Island. If you’re not familiar with the island it’s basically an entire island that is one city, and it’s abandoned. This is the main villain’s hideout and the point when we meet him for the first time. I love the imagery there and it is probably the best scene in the movie.

*It could technically be four countries, but I’m confused about the whole Great Britain thing.

Skyfall is a more personal Bond movie and Javier Bardem comes out with guns blazing. I’m not going to give anything away, but Javier Bardem’s Silva is not bent on world destruction or anything like that. He’s evil for a reason in a way. He is a Bond villain through and through, not like the classic villains of old, but he’s leaps and bounds better than that weirdo who cried blood or the other weirdo who screamed like a hyena when he swung an ax. Javier Bardem brings that same bravado that he did with Anton Chigurh in No Country for Old Men to Skyfall, but adds a little extra spice into it like the two characters were yin and yang. I will say to brace yourselves when he’s in a certain glass cell. Bond and Silva are two sides of the same coin that dealt with the outcomes different. Because this is a deeper movie it required more emotion from the actors and each one delivered.

Thomas Newman also adds fresh blood to the mix with his score. He was able to incorporate more ingenuity to the music and bring about a more modern tone, while at the same time not making the James Bond theme seem outdated. Adele’s title track is probably one of the best themes from recent years which plays over, I will say, the best opening title sequence.

Skyfall is simple while at the same time deep and at no point during the two and half hour run time was I checking my watch, although I did have to pee the second the lights went down. It is classic Bond without all the camp and hokeyness. I’m looking forward to this trend in future Bond movies.

This is technically the second movie I’ve given this score to, but you’ll have to wait for that one.

A Look at “The Neighbors”