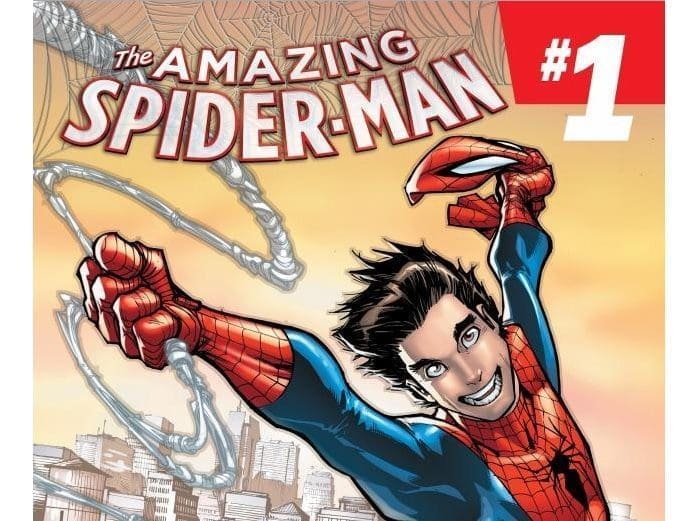 In an announcement that should surprise absolutely no one, Diamond Comic Distributors has released their sales chart for April 2014 and the top spot belongs to The Amazing Spider-Man #1 by Dan Slott and Humberto Ramos. Although the press release from Diamond did not specify the actual sales totals (the pre-order numbers were said to be over half-a-million), The Amazing Spider-Man #1 was declared, “comic industry’s best-selling comic book in both units and dollars in over a decade.” This sales spike was also felt in the month’s second most sought-after comic, The Superior Spider-Man #31, which marked the finale of that series and led directly into Peter Parker’s triumphant return in The Amazing Spider-Man #1. Not a bad showing for the web-head at all.

DC continued their overall dominance of the top ten, however, with six of their titles earning spots among Spider-Man’s victorious outing. Even more telling than DC’s ability to sell a top-selling book is the fact that five out of the six titles were Batman. Scott Synder and Greg Capullo’s Batman #30 held on to the number three spot while all four of the releases for the new weekly series, Batman: Eternal, placed throughout the top ten. Being a weekly series, Batman: Eternal’s numbers for May should be most interesting as I imagine most readers, myself included, decided to try the series for an entire month and might not continue forward, especially with DC’s next weekly endeavor, Future’s End debuting in May as well.

Image, as they seem to do each and every month, took over the Top Ten Graphic Novels and Trade Paperbacks sales chart, claiming seven spots. Most notably, Matt Fraction and Chip Zdarsky’s Sex Criminals Volume 1 was the best selling graphic novel of the month, with Saga Volume 3 and East of West Volume 2 following closely behind. Speaking of Saga, all three of its collected volumes placed variously in the top ten, which shows just how increasingly popular that series is getting. Marvel’s original graphic novel Amazing Spider-Man: Family Business popped up as the fifth best selling graphic novel of the month, continuing that character’s strong showing for the month of April.

Below you’ll find several sales charts supplied by Diamond Comic Distributors. If any of these titles sounds interesting, go and support a local comic book shop by purchasing some comic books. To find a local comic book retailer in your area, go to www.comicshoplocator.com.