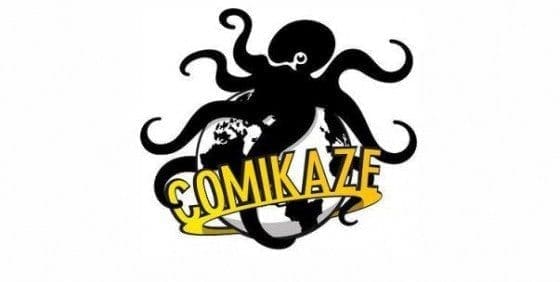 Los Angeles, CA – The weekend of September 15th /16th brought out some of the hottest temperatures SoCal has experienced this year and it also brought over 50,000 cosplayers and comic fans to the L.A. Convention Center for the 2nd Annual Comikaze Expo. I’ve been making my own costumes since I was 9 years old and love cosplaying comic book characters the most so going to this year’s Comikaze expo was something I just had to do. After the massive success of last year’s inaugural event, Stan Lee’s company POW! Entertainment got involved and made this year’s event a real blowout! Attendees who went last year were amazed at how many more people came this year – there were portions of the Convention Center that resembled San Diego Comic Con with all the crowds throughout the day. When Stan Lee gets involved, you know it’s going to be big and thanks to his publicity machine, this year’s Comikaze Expo was a rousing success! Comikaze covered a little bit of everything – comics galore, video games, movies, TV shows, cartoons, steampunk stuff and to top it all off, there was a Zombie Apocalypse obstacle course for anyone daring enough to give it a try!

No convention is ever perfect and while there was a lot of great stuff happening in the L.A. Convention that weekend, there was also some not so great stuff:

The Pros of this year’s Comikaze Expo:

The Cons of this year’s Comikaze Expo:

All in all, it was a pretty fun convention and I’m sure it will only get better in future years. If you’re in the SoCal area the next time Comikaze rolls around, check it out – there’s something for everyone!

The 11 Worst Costumes in Comic Books