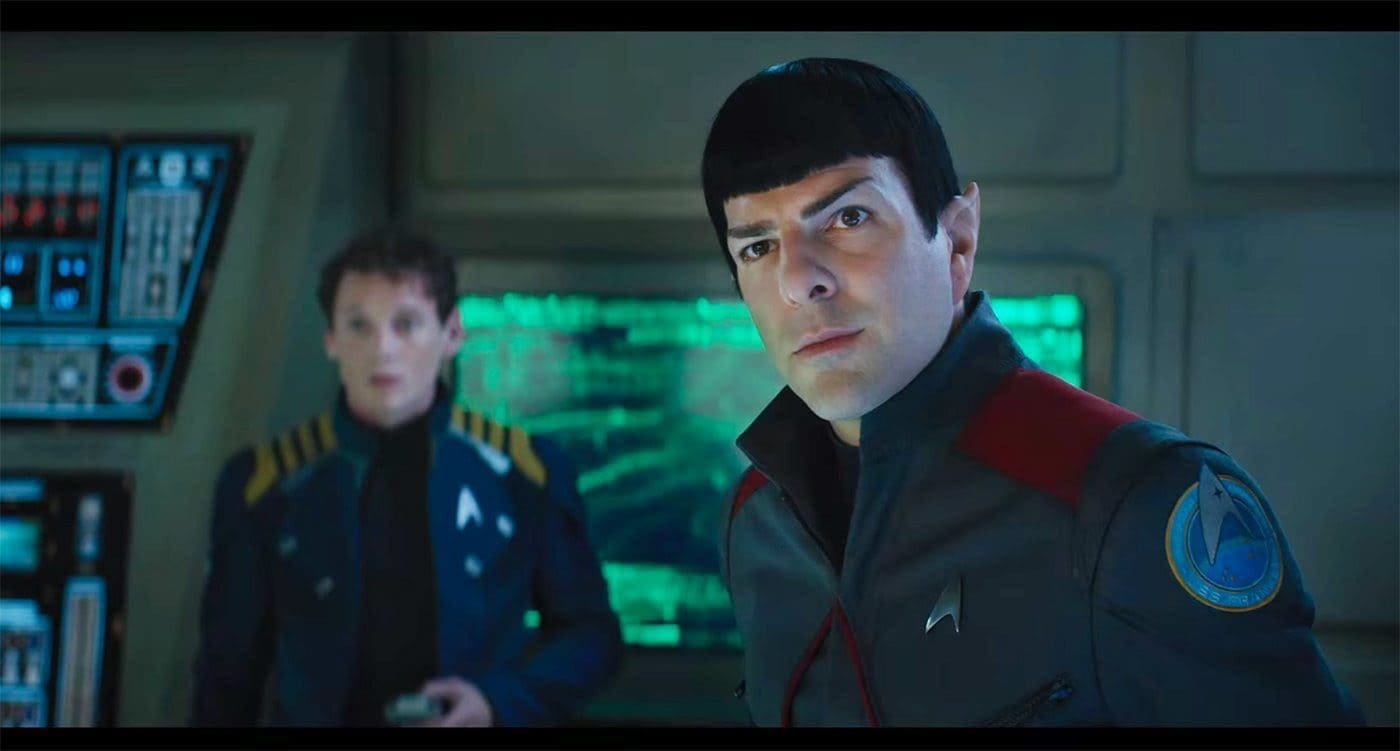 Star Trek is a mixed bag these days, so let me start this review with a bit of back story. As a child, I grew up on Star Trek: The Next Generation (TNG), Deep Space Nine and a bit of Voyager. I greatly enjoyed Star Trek (2009) and have a deep disdain for Star Trek: Into Darkness. I thought Into Darkness was a terrible Star Trek film, and a fairly bad movie without even getting into what makes a Star Trek film feel like part of the series.

Going into Star Trek Beyond, I was very skeptical that it would offer anything close to 2009 or the classic films. Direct Justin Lin of Fast & Furious fame was at the helm, and the initial trailers made the film look more like Fast & Furious than Star Trek. Simon Pegg had double duty playing Scotty and co-writing the film, and as a big fan of Pegg it gave me some hope, but I still had my doubts.

Now that I’ve seen Star Trek Beyond I can safely say it feels like the most Star Trek film in the current trilogy. It’s not the best film of the trilogy, but it definitely feels the most like a Star Trek movie. Where the film shines is in the crew interactions. Justin Lin had to deal with an ensemble cast in the Fast & Furious films, and that experience really shows as the crew of the Enterprise feels more like a family now than have in the last two movies.

Beyond picks up nearly three years into the five-year deep space mission of the starship Enterprise. The ship is scheduled to stop at the Federation’s latest and most technologically advanced space station, and it doesn’t even look like it belongs in the time period of the film. This space station could easily have been built 100 years after TNG and it would still feel like the latest technology around. Nitpicks aside, the crew is quickly split up into pairs and must fend for themselves throughout the first half of the film.

The interactions between each pair of crew members really shows how much they rely on one another and just how much they’ve grown together over the course of their long mission in deep space. Most of the actors had the mannerisms of the original cast down in the first film, but they’ve had time to really master the technique over the last seven years, and it shows. Karl Urban feels like the embodiment of Bones. Zachary Quinto, while a bit more emotional than the original show, plays Spock to near perfection. Chris Pine doesn’t quite have the confidence you’d expect from James T. Kirk, but his character arc grows considerably throughout the film. By the closing credits, he is Kirk. There are more than a few moments that will make classic Trek fans feel right at home.

Unfortunately, not everything about the movie is as amazing as the character interactions. While the fights and action sequences seem to be top-notch, the cinematography used to capture the scenes is lackluster in many cases. The film was very dark watching it in 3D (which had almost no impact, so feel free to watch it in 2D), but despite that, it was hard to make out what was happening in many of the action sequences. You might see a kick or punch thrown here or an explosion there, but you definitely can’t grasp the whole fight and it was frustrating to watch at times.

The main villain is Krall, played by Idris Elba. His motivations are weak at best and he just doesn’t feel like a complete character. He’s definitely in the lower tier of Star Trek villains and isn’t anywhere near as complex as he should be. There’s one twist that makes up for some of this lacking depth, but overall Krall was a waste of Elba’s extreme talent, and felt like a very one-dimensional character. The main plot as a whole feels very shallow, to the point where the final act doesn’t really make a lot of sense if you put any kind of thought into it.

Simon Pegg’s script (sans plot issues) and the superb acting are truly where Star Trek Beyond shines. The crew interactions are almost enough to make you forget the film’s problems. There isn’t much in the way of space combat as a majority of the film takes place on a planet, but Star Trek films do have a history of being planet-based (Voyage Home comes to mind).

Star Trek Beyond is far from the worst Star Trek film and definitely one of the better films of the summer. While it doesn’t match up with the quality of Star Trek (2009), it’s far superior than Into Darkness, and feels like a proper Star Trek film as well as a decent summer blockbuster for those who don’t have a history with Trek. Let Simon Pegg write the already confirmed fourth film in this new saga, and maybe even keep Justin Lin on board, so long as he raises the bar on the camera work during fight sequences.

About Star Trek Beyond

Synopsis: The USS Enterprise crew explores the furthest reaches of uncharted space, where they encounter a new ruthless enemy who puts them and everything the Federation stands for to the test.