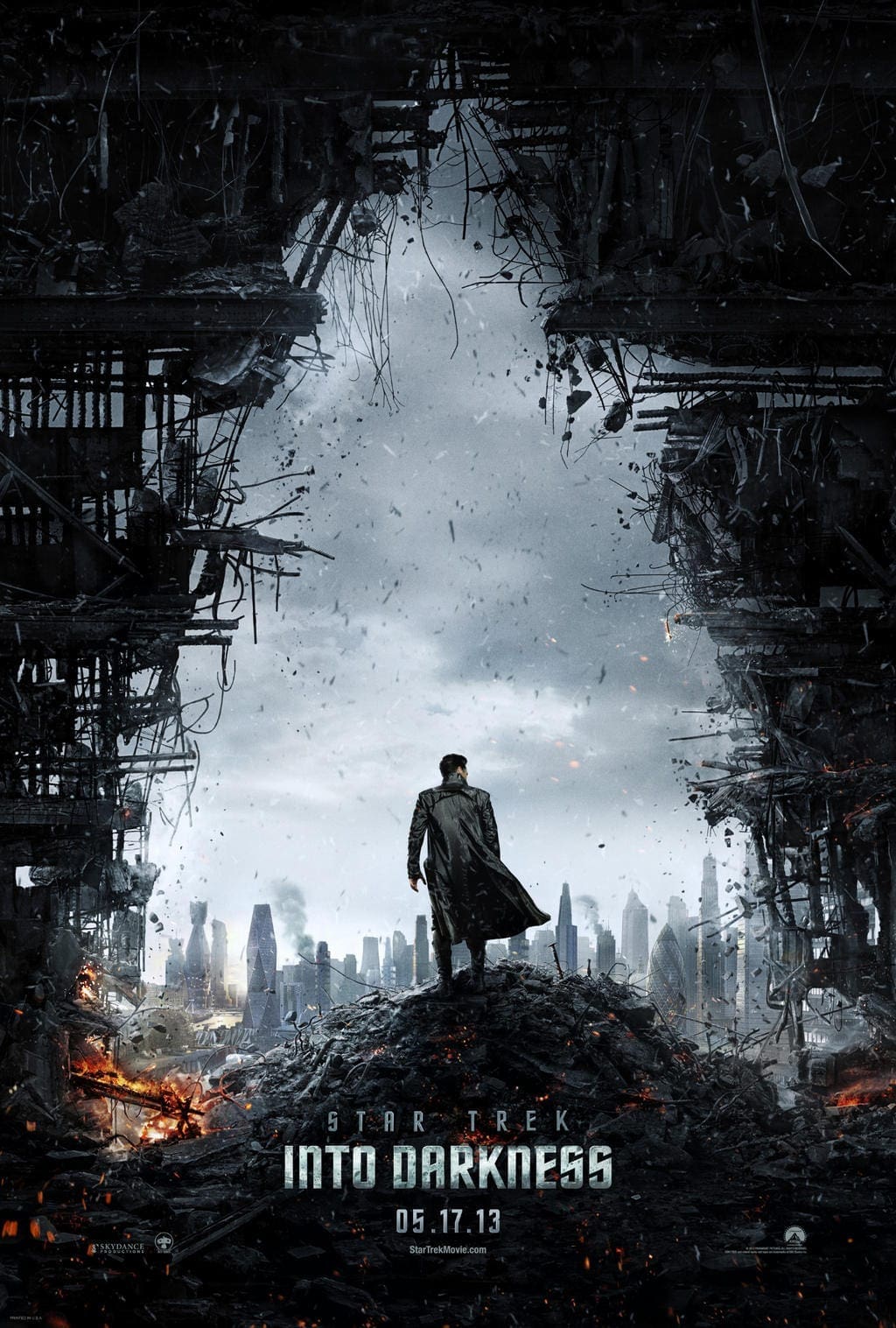 These cutting edge technologies are being showcased in a never before-seen way and will enable users to automatically engage with a wealth of movie related materials by utilizing their real-life surroundings to auto-complete integrated missions by employing audio scan, geo-location recognition, and image recognition functionality powered by Qualcomm Vuforia.  The “STAR TREK INTO DARKNESS” app will launch at the end of January.  Qualcomm’s Chairman and CEO Dr. Paul E. Jacobs made the announcement today during his keynote address at the International CES show in Las Vegas.

During the second quarter of the big game, the app will allow users the ability to unlock the first of many surprises during the airing of the “STAR TREK INTO DARKNESS” tv-spot, making this one of the most unique and interactive apps ever created for a movie.  As a bonus, users who register for the app will be automatically entered into a sweepstakes for the chance to win a VIP trip to the U.S. premiere.  To be the first to get the app and enter the sweepstakes, visit www.StarTrekMovie.com/CES.

“We are excited about collaborating with Paramount on this app as it further brings to life Qualcomm’s vision of the digital sixth sense, where devices intelligently interact with the world around you,” said Dr. Jacobs.  “By leveraging the Gimbal platform, this app harnesses the power of the smartphone to bridge the digital and physical world, allowing the studio to market the film in the real world and simultaneously bring users into the film’s story and world.”

Highlights of the “STAR TREK INTO DARKNESS” app include:

• An audio scan function that can be turned on to automatically recognize and reward users for watching “STAR TREK INTO DARKNESS” content on TV and other media;

• An image scan function that enables users to interact with images printed or viewable in the real world;

• A geofencing function for location-based experiences;

• Exclusive opportunities and special offers only available to app users;

• One lucky sweepstakes winner will be rewarded with the grand prize of attending the “STAR TREK INTO DARKNESS” U.S. premiere.

“STAR TREK INTO DARKNESS” is written by Roberto Orci & Alex Kurtzman & Damon Lindelof and directed by J.J. Abrams.  Abrams is producing with Bryan Burk through Bad Robot Productions, along with Lindelof, Kurtzman and Orci.  Jeffrey Chernov and Skydance Productions’ David Ellison, Dana Goldberg and Paul Schwake are the executive producers.

“STAR TREK INTO DARKNESS” opens in theaters everywhere May 17, 2013.

No purchase necessary.  Open to US and Canadian (excl. Quebec) residents age 13 or older.  Enter by 1/11/13.  For details and restrictions, see Official Rules at www.StarTrekMovie.com/CES.

Check out brand new images from the upcoming movie:

Qualcomm Incorporated (NASDAQ: QCOM) is the world leader in 3G, 4G and next-generation wireless technologies. Qualcomm Incorporated includes Qualcomm’s licensing business, QTL, and the vast majority of its patent portfolio. Qualcomm Technologies, Inc., a wholly-owned subsidiary of Qualcomm Incorporated, operates, along with its subsidiaries, substantially all of Qualcomm’s engineering, research and development functions, and substantially all of its products and services businesses, including its semiconductor business, QCT. For more than 25 years, Qualcomm ideas and inventions have driven the evolution of digital communications, linking people everywhere more closely to information, entertainment and each other. For more information, visit Qualcomm’swebsite, OnQ blog, Twitter and Facebook pages.

STAR WARS EPISODE VIII gets a release date | ROGUE ONE...

FANTASTIC BEASTS AND WHERE TO FIND THEM | Teaser Trailer

Trailer: The Hobbit: The Desolation of Smaug