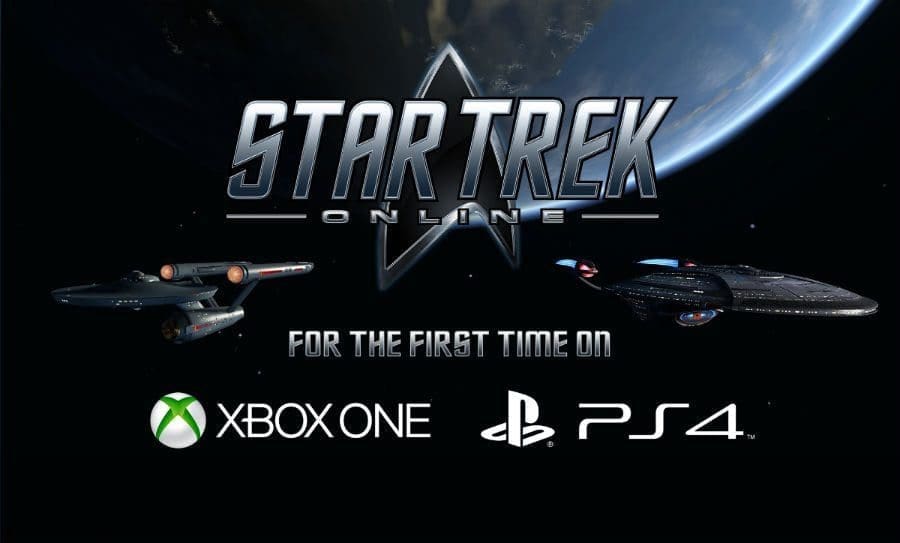 Perfect World Entertainment Inc., a leading publisher of free-to-play MMORPGs, and Cryptic Studios announced plans to bring Star Trek Online, the free-to-play MMORPG based on the Star Trek franchise, to PlayStation 4 and Xbox One in Fall 2016. At the console launch, Star Trek Online will offer over six years’ worth of content, including over 130 featured episodes that build upon classic Star Trek stories and series as they play alongside a cast of Star Trek actors including Jeri Ryan (Seven of Nine), Michael Dorn (Worf), Tim Russ (Tuvok) and more.

Star Trek Online for consoles will bring two expansions and 11 seasons’ worth of updates for players looking to immerse themselves in the world of Star Trek. Each player’s adventure will begin as they choose from classic Star Trek factions including Federation, Klingon and Romulans, as well 32 species to customize their own Captain with millions of customization options available. While playing through content in Star Trek Online, players will be able to visit iconic locations including Vulcan, Deep Space Nine, Earth Space Dock and more. Fly through the galaxy of Star Trek Online, with hundreds of classic Star Trek ships available, and engage in ship-to-ship combat. Players will be able to play through the game’s story content and reach the level 60 cap, all for free.

In addition to the countless hours of content, Cryptic Studios has also made considerable updates to the game engine to offer upgraded visuals and an enhanced user experience for console. Learning from the recent launch success of Neverwinter on Xbox One, the Star Trek Online team has created a control scheme that allows players to navigate both the space and ground combat with ease.

Star Trek Online is a free-to-play massively multiplayer online game where players can pioneer their own destiny as Captain of a Federation starship, become a Klingon Warrior and champion the Empire through the far reaches of the galaxy, or rebuild the Romulan legacy as the commander of a Romulan Republic Warbird. Its last expansion, Star Trek Online: Delta Rising, brought players into the Delta Quadrant and reintroduced them to iconic members from the Star Trek: Voyager cast including Seven of Nine, The Doctor, Harry Kim, Neelix and Tuvok. In Star Trek Online, players have the opportunity to visit iconic locations from the popular Star Trek universe, reach out to unexplored star systems and make contact with new alien species.

It’s been a wild hunt…for the perfect RPG. A look at...