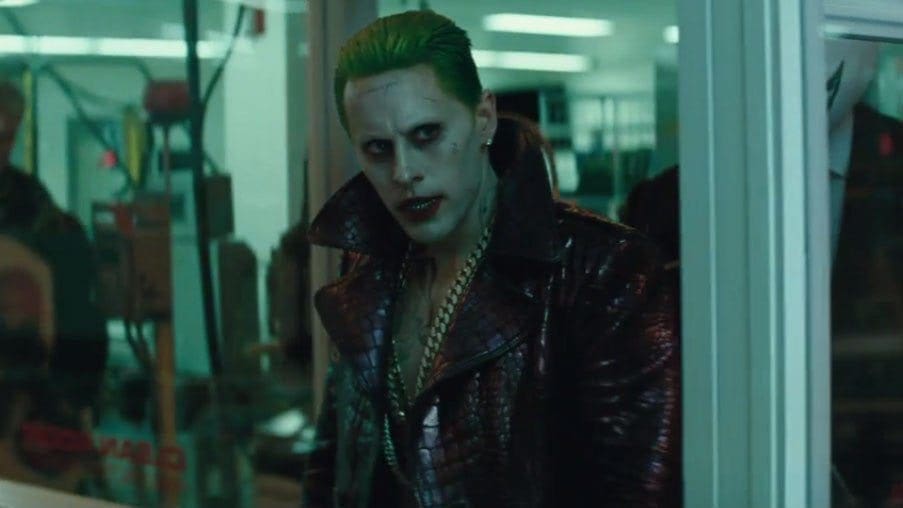 There is no doubt about it.  When it comes to big blockbuster films, we are in a renaissance of comic book adaptations.  For several years now, studios have been seeing the value in comics, superheroes, and just about anything we can geek out about.  It’s permeated not just the big screen but the small screen and our streaming services.  Marvel has been the most successful and continues to be the torch-bearer for how to maintain and evolve a cinematic universe.  Universal Studios is attempting to get their collection of re-imagined, classic monsters off the ground and Legendary Pictures is focusing on a universe of kaijus (giant monsters).  Cinematic universe  is just another way of saying franchise, except you spread characters out among several movies and hope to combine them eventually into one later.  It’s a great way to allow the story to develop over time and we get to spend years with these characters before we see them unite to fight a common evil.

Warner Brothers has been somewhat eager to dive into their cinematic universe and isn’t wasting any time doing so.  After the release of Man of Steel, there was no immediately, clear direction as to where the franchise would go from there.  Once the name Batman came up, a fever pitch of excitement echoed throughout the studio that could not be restrained and that is pretty much the beginning of the DC Extended Universe, or DCEU.  It was no longer a Superman sequel but a jumping off point to the Justice League.  Zack Snyder had the difficult task of making a compelling film that not only pitted Batman and Superman against each other, but also introduced plot points that would later be the catalyst for the Justice League and its film.  While Man of Steel was met with mixed reviews, Batman V. Superman left an overwhelming majority of its audience dissatisfied.  Due, in no small part, to its studio-mandated editing and Zack Snyder’s insistence on shoving some of the greatest stories of Superman and Batman into one film without giving this franchise time to breathe.  The Ultimate Edition of this film was released on Blu-Ray and it fixes the editing issues, for the most part, but the story itself still suffers from too many subplots and a balance between realism and optimism.

Warner Brothers wanted to make sure David Ayer did not make the same mistakes so they put more money into Suicide Squad, in the hopes the additional footage and post-production would give the film more levity and charm.  Whether it made for a better film is unknown, but what I can say is the experience I had seeing this film was much more satisfying than seeing Batman v Superman.  It is also reassuring to see where this cinematic, or extended, universe is headed.

In Suicide Squad, directed by David Ayer, Amander Waller (Viola Davis), is a secret government official who wants to solve the growing threat of metahumans by forming a team capable of pacifying them if necessary.  Having seen the aftermath between Batman and Superman, she sees a dire need to protect the planet by any means necessary.  Task Force X would be an elite team composed of violent, but resourceful criminals and a few volunteers.  Some of whom have dealt with superheroes in the past.  The recruits call themselves the Suicide Squad and they consist of Deadshot (Will Smith), Harley Quinn (Margot Robbie), Captain Boomerang (Jai Courtney), Diablo( Jay Hernandez), Katana (Karen Fukuhara), Slipknot (Adam Beach), Enchantress (Cara Delevingne) and Killer Croc (Adewale Akinnuoye-Agbaje).  The team is led by a special ops soldier named Rick Flag (Joel Kinnaman), who is there to make sure they stay in line as well as complete their mission.  Before the team has a chance to get their feet wet, they are forced to take on a villain that threatens the world.  They must work as a team and harness their unique abilities in order to solve this cataclysmic ordeal.

While I won’t go into specifics about each character’s ability, I will say that every single one of them brings something special to the party besides their good looks.  They all know how to fight, that’s a given, but they also have personalities that are helpful when it comes to distraction or persuasion.  Magic also plays a pivotal part in this film and what decisions they in turn make.

I was worried that one character would overshadow the others, but really the spotlight was spread evenly and depending on who your favorite character is will determine how satisfied you were with their screen time.  I think Katana should have gotten more scenes as well as Rick Flag, but for an ensemble film it’s all about bringing their stories together for a common goal so the small amount of back story we get is enough for now.  Will Smith gives a great performance as Deadshot and has good chemistry with his co-stars.  Margot Robbie does an excellent job as the first theatrical Harley Quinn and she peppers the film with a healthy dose of humor.  Killer Croc, played by Adewale, is also a fun performance that can’t be ignored.  Honestly all involved seem to enjoy playing these characters and it shows.

The man that we’ve all been anticipating in this film is The Joker.  Not since Heath Ledger has anyone attempted another interpretation on the big screen.  Jared Leto is not content with emulation and chose to create an entirely new version of The Joker that is both reminiscent of Cesar Romero and a modern-day gangster.  There is a unpredictability about him that somehow still allows him to form an empire of crime.  I wouldn’t want to be in his presence and that is what makes Leto’s Joker so compelling.  It’s the character we know, and it’s also a unique version that is entertaining and frightening at the same time.  Unfortunately this is one of the characters that does not get enough time to shine.  What scenes he does have are terrific, but overall you almost hoped the film made him the central antagonist.  Instead he’s merely Harley’s psychotic, love interest and a subplot that teases another adventure down the line.

My review up to this point has focused primarily on the characters and not the story itself.  That’s because the story is the weakest aspect of this movie.  It feels very rushed, which it was, and when the tense situations start to build up there is a lack of urgency.  Every fight scene is more of an excuse to show off everyone’s fight skills until the final confrontation.  Also the ancillary bad guys during the third act are just cannon fodder and don’t add any intensity to the moment.  The real emotional investment and entertainment comes directly from the team, but that leaves you with half a scene that is uninteresting.  Fortunately these actors are up to the challenge and help to thrust the story’s momentum as the movie moves along.  I would say to keep your focus on the characters and their backstories and don’t worry about the main antagonist plot.  It’s more fun to watch how these characters handle the situation instead of nitpicking how the mission even got started in the first place.

Another issue that audiences may have trouble with is the pacing and editing.  It does at times feel as though someone has their foot on the pedal of this movie and they keep revving it up and slowing it down at odd moments.  Again it’s not as jarring as the editing in Batman V. Superman, but you will notice it all the same.  Those proper build-up moments don’t quite develop the way they should and it removes some of the impact that scene should have, but even in those uneven moments some pretty cool stuff happens.

Suicide Squad is not the saving grace of the DCEU, but it is beacon of hope and that should be enough until Wonder Woman gets here.  Again I am more than thrilled with this cast and their performances and cannot wait until I see them again in another film.  I want to see The Joker and Harley Quinn together again in some outlaw movie or a Batman film.  Will Smith, Margot Robbie, and the rest of the cast are brilliant. Viola Davis nails the manipulative, despicable personality of Amanda Waller.  The character of this movie that will be the most popular, however, is not who you think.  Suicide Squad will be divisive, but if you lower your expectations, and see this as an Expendables movie for super villains, you will have a really good time.  Make sure to stay for the credits this time too.

A Look at Elvatron Chronicles #3