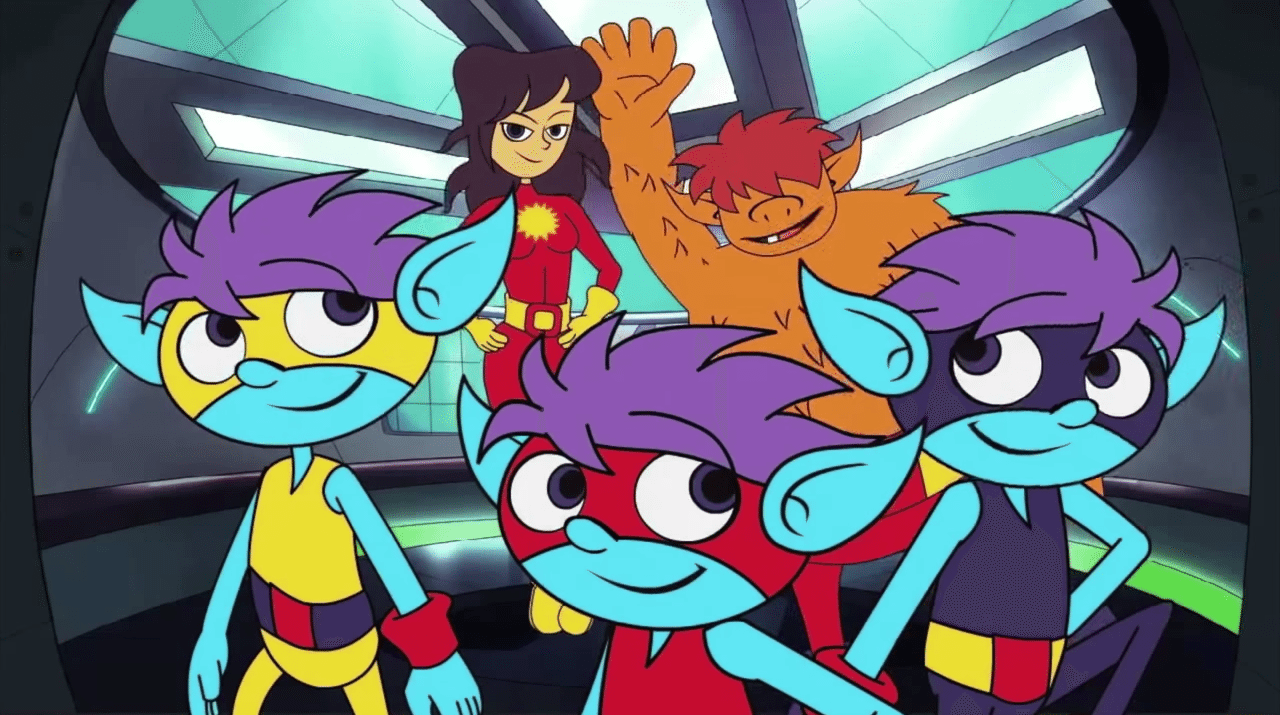 This year, Comic-Con shows its caring side with a panel about superheroes who save lives – not in comic books or on the silver screen but in real life. Cartoonist Craig Yoe will be joined by Stacie June of Unilever’s health soap brand Lifebuoy, to talk about how the ‘School of 5’ superheroes primarily through their comic books (along with School of 5 animation, radio shows, music, games, and walk-around characters) are saving the lives of children across the world by changing handwashing behaviors.

Every 15 seconds, one child dies from diarrhoea or pneumonia, diseases that are preventable

through the simple act of handwashing with soap. That is 1.7 million children every year.

Yoe, and his partner Clizia Gussoni, worked with Lifebuoy to create the team of ‘School of 5’ superheroes and their adventures, capturing the imaginations of kids, teaching them to wash their hands five times a day and to get their parents and siblings in the program, too. The handful of superheroes are Sparkle, the big sister-type and the wise leader of the gang, Hairyback, a big furry and lovable master of bubbles, and the germ-busting triplets Biff, Bam and Pow. These 5 superheroes work together to bring this lifesaving habit to life and fight the yuckiest villain of all, the evil Nogood.

The School of 5 comic books are distributed in 23 countries in 19 languages across Asia, Africa, and South America, with a circulation of 20 million reaching over 120 million people as part of the world’s largest hygiene behavior change program. Running over the course of 21 days, Lifebuoy’s ‘School of 5’ uses a unique combination of comics, puzzles, stories and games to guide kids and their parents through the behavior change process. All the activities are designed to make handwashing a cool, fun and interesting activity with the fervent rallying cry of the School of 5 “Don’t be a dope, always use soap!” Go to this moving video about the little comic book that’s saving millions of lives:

Yoe has brought his past experience as a creative director for The Muppets, Disney and Nickelodeon and his work with Marvel and DC Comics and used this knowledge on what he calls, “The feel good project of a life-time!” Yoe says, “Imagine using superheroes and comics to actually save the lives of kids around the world. The School of 5 program shows the power that comics have and how they can be used as an incredible force for good. Yoe says, “This is taking what I learned from reading Spider-Man: ‘With great power comes great responsibility’ and bringing it to a real-world vital mission!”

Stacie June, Lifebuoy Global Social Mission Programme Manager said “Behaviour change for any group is hard but to engage with children and make a habit stick you really need to make it fun and engaging. Craig’s superheroes do just that. “ has worked with clients like MTV, Microsoft and Mad magazine. He’s best known for his Yoe Studio creative marketing solutions. Today he has a major emphasis creating Yoe Books (with IDW), and Books by Yoe (with various publishers) about the history of comics, cartoonists and pop culture. USA Today called Yoe “the Comic Book genre’s master archeologist!”, ABC TV hails him as “America’s foremost comics historian” and Vice magazine says he’s “the Indiana Jones of comics history!” Yoe has been an adjunct professor at Syracuse University and a popular speaker at conventions, conferences and colleges on creative marketing and on the history of comics. Yoe Studio is located in upstate New York, where Craig works and lives in an old stone castle on 4 wooded acres with his wife and business partner, the editor-designer Clizia Gussoni and their two children, a cat and way too many old mouldy comic books. For more information, please visit www.yoe.com/.

As the world’s leading health soap, Lifebuoy aims to make a difference by creating accessible Unilever is one of the world’s leading suppliers of Food, Home and Personal Care products with sales in over 190 countries. We work with 174,000 colleagues around the world and generated annual sales of €49.8 billion in 2013. Over half of our company’s footprint is in the faster growing developing and emerging markets (57% in 2013). Working to create a better future every day, we help people feel good, look good and get more out of life. Our portfolio includes some of the world’s best known brands, 14 of which – Knorr, Persil / Omo, Dove, Sunsilk, Hellmann’s, Surf, Lipton, Rexona / Sure, Wall’s ice cream, Lux, Flora / Becel, Rama / Blue Band, Magnum and Axe / Lynx – now generate a turnover of €1 billion or more.

IDW is an award-winning publisher of comic books, graphic novels and trade paperbacks, based

in San Diego, California. Renowned for its diverse catalog of licensed and independent titles, IDW publishes some of the most successful and popular titles in the industry, including: Hasbro’s The TRANSFORMERS, G.I. JOE and MY LITTLE PONY; Paramount’s Star Trek; Nickelodeon’s Teenage Mutant Ninja Turtles; 2000AD’s Judge Dredd; The Rocketeer; Toho’s Godzilla; Wizards of the Coast’s Magic: The Gathering and Dungeons & Dragons; V-Wars from New York Times best-selling author Jonathan Maberry; Ragnarök from Eisner Award-winner Walter Simonson; Winterworld, created by Chuck Dixon and Jorge Zaffino; and Little Nemo from the award-winning duo of Eric Shanower and Gabriel Rodriguez. IDW is also home to the Library of American Comics imprint, which publishes classic comic reprints, Yoe! Books, a partnership with Yoe! Studio, and the multiple award-winning Artist’s Edition imprint.