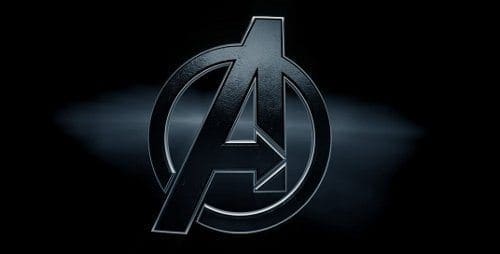 Tempe, AZ – The Avengers! *gasp* oohs and awes and all that jazz, right? Well, seeing as I’m only a very recent comic book fan, I was not all that thrilled with the idea of the movie. I’d see The Hulk, Iron Man and Captain America, and although I enjoyed Robert Downing Jr.’s hilarity, I was genuinely unimpressed by their existence. (Especially Captain America in all of his good-ol boy attitude *gag me*) Don’t even get me on the topic of Thor, seeing as I didn’t even go see, I’m sure you can imagine my attitude on the subject (see Rant on the Titans). Let’s put it this way, I had no intention of sitting through the Avengers unless it was free and with really cool people. Not to brag but, that wish was granted. 😉

I knew that going to the premier at Tempe Market Place Harkins Theatre 16 would be an experience. I knew that most, if not all, of the AZ Avengers would be there including Gus Matos, Rosanna Rocha, Amelia Funk, Johnny Carwell, John Stewart and others that I’m not privileged to know 😉 Seeing the Cosplayers in general is always an experience and I was allowed to sit with them during the 3D flick. It was nice to hear how excited they were about the movie and I was getting amped listening to them.

So the movie begins and bam, I’m slugged with JOSS WHEDON across the screen. I about broke my jaw with the force of my jaw-drop. I was actually in for a treat!! (umm hello Joss Whedon is wonderful and the creator of some of the best television shows ever; Buffy, Angel, Firefly, Dollhouse *squirms with happiness*)

By the end of the movie, I was oddly thoroughly impressed. One of the best 3D films I’ve been to, along with some great blow-em up scenes. Even the comic relief was done perfectly, but seeing as it’s a Whedon flick, how could you assume otherwise. The movie starts out a bit slow, as we are introduced to Hawkeye and Black Widow. After that, the movie takes on a decent speed with minor blips and bleeps and flat lines due to some characters I’m not very fond of, most of which coming from Captain America and Black Widow.

To all of those who absolutely love and adore Scarlett Johansson, I could have done without her character. With her standing there next to The Hulk, Iron Man, Thor, hell, even Captain America…she was pathetic. You can’t stand there with a pee shooter while the Hulk destroys a whole city with one fist. It just looks ridiculous.

Speaking with a few people after the viewing, the audience was quite pleased with the movie. And why shouldn’t they be? It was very well done and credit should be given to that. Should definitely be seen on the big screen, as most action movies should, but I can’t really say that I would necessarily recommend the movie to everyone. Would I see it again? Maybe. I’m not going to go out of my way to do so.

On a side note, after watching this Flick, I completely love The Hulk 😉 I’d have his green spawnlings if necessary. They’d be cute and you know it 😉