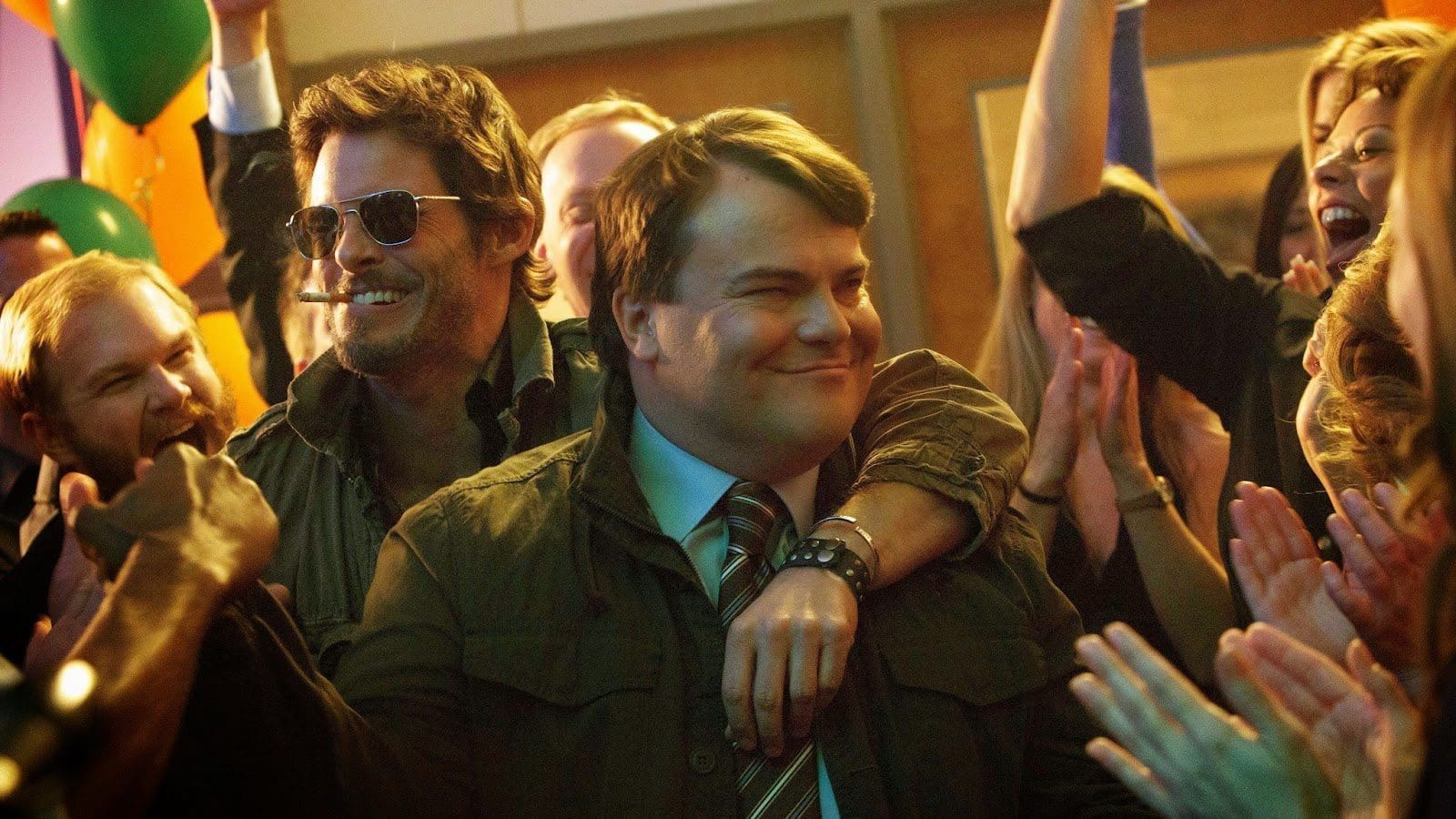 Jack Black has had a wide variety of roles throughout his film career. While he generally focuses on comedy, he has had a few films that were a bit more serious such as King Kong. The D Train has some comedic flair, but this is a more serious film than most people are accustomed to seeing from Jack Black.

In The D Train Black plays Dan Landsman who wasn’t particularly popular in high school and is now heading up organization of his 10-year high school reunion. The bulk of the film is about Landsman trying to get Oliver Lawless (James Marsden), a not-so-famous actor, to attend the reunion. Along the way things get crazy and even a bit risqué, but in the end everyone learns a valuable lesson.

Beyond that basic description of the movie, it’s hard to discuss what this movie is. It’s a very different movie because you’ve got elements of a story about a man learning about himself, growing with his family, exploring new territory and even just being annoying. It has a little bit of everything, but none of it really comes together to form anything significant in the end.

Black plays his role with a bit of over-acting, but when you meet Dan Landsman it’s easy to see why Black had to over-act in many scenes. The character is over the top in many ways and without Black over-acting it would not have sold the character to audiences. On the other side of the coin you’ve got Marsden’s Oliver Lawless who doesn’t care about much of anything. This is a much more fitting role for Marsden as he completely embraces the character. Nothing is important to him and you see that in every single scene, but when it’s time to act (his main profession) Lawless gets very serious and Marsden completely sells this transition.

Kathryn Hahn plays Dan’s wife Stacey and Russell Posner plays their son Zach. Both are supporting roles, but they help to flesh out the movie considerably. Without their addition this would’ve been a very one-sided film that didn’t really have much purpose. Even with these two it still feels very much like it lacks a purpose. There’s some character evolution, but everything is rather bland aside from a few standout scenes between Black and Marsden.

Jeffrey Tambor plays Dan’s boss, Bill Shurmur in a role you’ve seen him play many times before. It’s probably closest to his role from Arrested Development, but it’s a fitting role for the character. Shurmur is old school and hasn’t yet embraced the new internet culture. He’s easily taken advantage of, but pivotal in the evolution of Dan Landsman throughout the film.

The D Train is a difficult movie to describe because it’s just different. Nothing truly stands out about the film, but at the same time it wasn’t a bad movie. It’s not a film you’ll remember six months after watching it, but if someone mentions it you will likely recall how odd it was. If you skip The D Train in theatres you won’t be missing much, but if you happen to catch it on cable or via Netflix, it’s worth a watch.

About The D Train

Synopsis: The head of a high school reunion committee travels to Los Angeles to track down the most popular guy from his graduating class and convince him to go to the reunion.