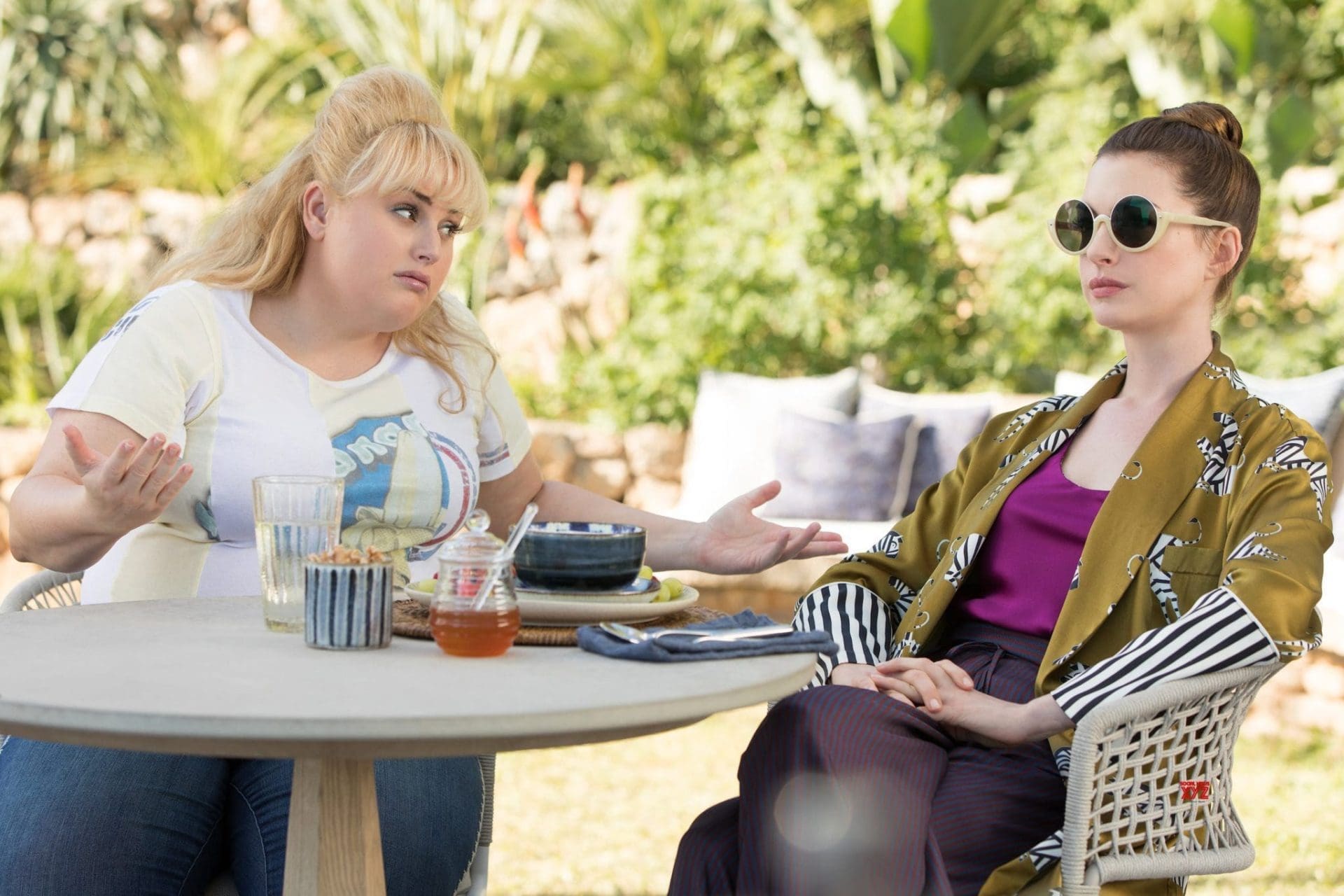 Rebel Wilson can be a bit over the top for some moviegoers. Her role in the Pitch Perfect series is either a favorite or a sore spot depending on who you ask. However, pair her with the generally likeable Anne Hathaway and let the two of them have fun playing off of one another, and the results aren’t too bad. Couple these two with a former Veep director, Chris Addison, who happened to helm some of the HBO shows best episodes, and you’ve got a fun time at the cinema. Let’s take a closer look in our review of The Hustle.

Whether or not you’re a fan of Rebel Wilson’s style of humor, there’s a lot to like in The Hustle. Wilson offers her trademark comedic flair as con artist, Penny. She shares many of her scenes with fellow con artist, Josephine Chesterfield (Anne Hathaway). Penny is far more crass than the sophisticated Josephine, but the two play well off of each other.

It’s abundantly clear that Hathaway is having a blast playing Josephine. Being a con artist she gets to dabble in several different accents, playing multiple roles throughout the film. Wilson also gets to show some of her versatility, although all of her roles still fall in line with her comedic style and don’t push her range too far. Later in the film the two are joined by Thomas Westerburg (Alex Sharp), as their mark, and the high antics of the ladies plays even better with the naivety of Westerburg.

While Josephine is the intellectual powerhouse of the film, most of the cons in The Hustle aren’t overly elaborate. This is especially true once Josephine and Penny team up and the schemes have to be simple enough for Penny to keep up. You won’t get any Ocean’s 11 style capers, but there are a few twists that will keep the audience guessing.

Not all of the jokes in The Hustle hit their mark, and the plot is fairly simple for the most part, but overall the film is a fun time at the cinemaplex. Don’t go in expecting the laughs to set the world on fire and you should have a good time. It does help if you’re already a fan of Rebel Wilson, but she’s not so overbearing that non-fans can’t appreciate what she brings to the table here. Hathaway steals the show and keeps The Hustle afloat during some of the less entertaining moments of the film.

If you’re looking for good counter-programming to the epic Avengers: Endgame or the kid-friendly Detective Pikachu, you could do worse than The Hustle. And if you’re looking for a decent Mother’s Day film, The Hustle is more appealing to the whole family than something like Poms or Detective Pikachu. It’s not a perfect film, but it offers more than enough laughs to keep you entertained for 90 minutes.

Synopsis: Anne Hathaway and Rebel Wilson star as female scam artists, one low rent and the other high class, who team up to take down the men who have wronged them.